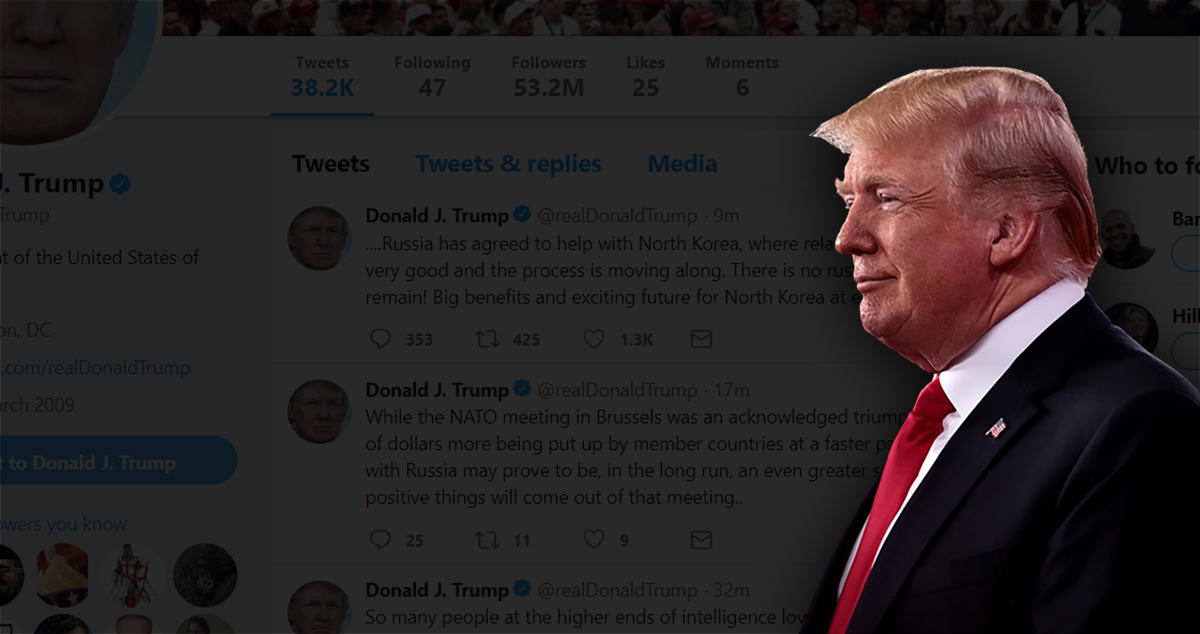 On Wednesday morning, President Donald Trump again praised his own press conference and dismissed criticism, saying in an early morning tweet that people loved it and haters hated it.

So many people at the higher ends of intelligence loved my press conference performance in Helsinki. Putin and I discussed many important subjects at our earlier meeting. We got along well which truly bothered many haters who wanted to see a boxing match. Big results will come!

The 5:53 a.m. tweet kept the focus on the presser, only briefly mentioning the actual meeting between himself and Russia’s Vladimir Putin. Despite the minor walkback and supposed correction the president read off a piece of paper on Tuesday, his off-the-cuff remarks and tweeting are clear that he believes that the press conference itself was successful and that he did a great job during it.

Then 19 minutes later, he tweeted that Brussels was an “acknowledged triumph” that may prove to be the lesser of two huge successes, behind the Russia summit.

While the NATO meeting in Brussels was an acknowledged triumph, with billions of dollars more being put up by member countries at a faster pace, the meeting with Russia may prove to be, in the long run, an even greater success. Many positive things will come out of that meeting..

….Russia has agreed to help with North Korea, where relationships with us are very good and the process is moving along. There is no rush, the sanctions remain! Big benefits and exciting future for North Korea at end of process!

Late last night he blamed the “Fake News Media” for a false perception that things didn’t go well, choosing to ignore the negative reaction of nearly everyone else everywhere.