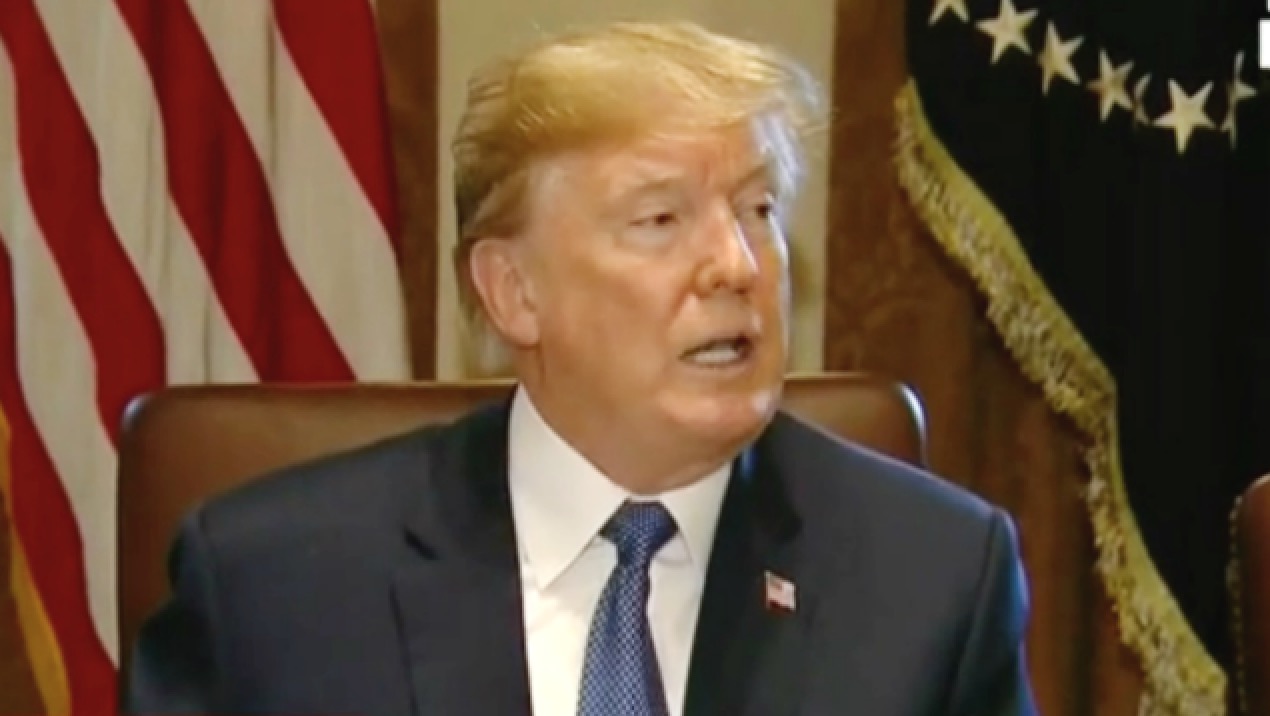 Well, the president has weighed in on the Al Franken controversy.

Late on Thursday, President Trump took to Twitter to tout his victory in the House on tax reform.

Big win today in the House for GOP Tax Cuts and Reform, 227-205. Zero Dems, they want to raise taxes much higher, but not for our military!

Minutes later, he went after the Minnesota Democratic senator. And he gave him a nickname.

And he tossed this one off a few minutes later:

.And to think that just last week he was lecturing anyone who would listen about sexual harassment and respect for women. Lesley Stahl tape?

Franken once joked about raping journalist Lesley Stahl during a 1995 interview to New York Magazine. So it’s likely the president had another typo and meant “Lesley Stahl rape” instead of “tape.”

Since the Harvey Weinstein scandal broke, many victims of sexual harassment have come forward and most recently, allegations have gone from entertainment to politics as both Franken and GOP Alabama Senate candidate Roy Moore have been accused of misconduct. And part of the conversation has been revisiting allegations made against former president Bill Clinton and the current president.

He has yet to call on Moore to resign over his allegations of assault and child molestation.