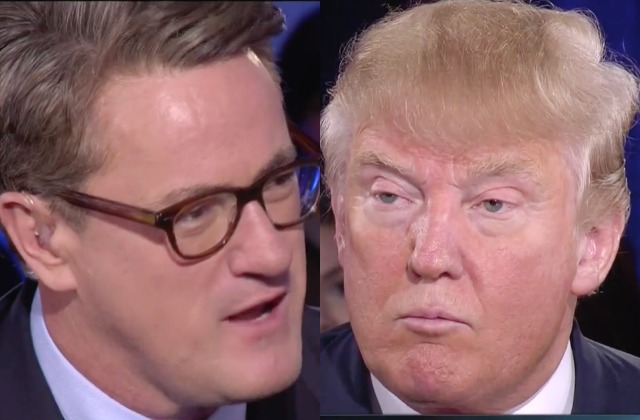 President Trump decided on Wednesday to invoke a baseless conspiracy theory about Joe Scarborough in response to NBC’s decision to fire Matt Lauer for sexual misconduct.

Earlier today, Trump responded to the news by saying that the network’s leadership needs to be completely purged for spreading “fake news.”

Wow, Matt Lauer was just fired from NBC for “inappropriate sexual behavior in the workplace.” But when will the top executives at NBC & Comcast be fired for putting out so much Fake News. Check out Andy Lack’s past!

Now Trump’s taking things up a notch by demanding an investigation into Scarborough and apparently suggesting that the Morning Joe host is a murderer:

The “unsolved mystery” here is the death of Lori Klausutis, the 28 year old intern who was found dead in Scarborough’s district office when he was still a congressman for Florida. Back in 2001, an autopsy concluded that Klausutis’ death happened after heart problems caused her to fall and hit her head on a desk.

Even though there were no indications of foul play or suicide, the tragedy prompted a number of conspiracy theories. Scarborough had this to say in response to Trump using sexual harassment allegations and a person’s death to attack him.

Looks like I picked a good day to stop responding to Trump’s bizarre tweets. He is not well. https://t.co/XJhW5ZHNfs