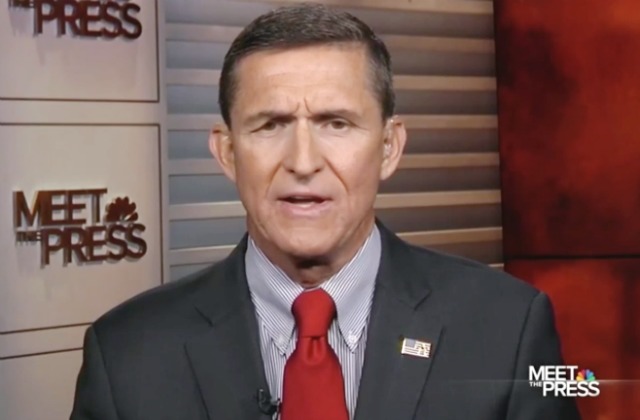 There are two new reports out tonight focusing once again on Michael Flynn and on concerns the Obama White House had about the Trump team during the transition period.

According to The Washington Post, citing “current and former U.S. officials,” people on the transition team had warned Flynn about “the risks of his contacts with the Russian ambassador.”

Officials were so concerned that Flynn did not fully understand the motives of the Russian ambassador that the head of Trump’s national security council transition team asked Obama administration officials for a classified CIA profile of Kislyak, officials said. The document was delivered within days, officials said, but it is not clear that Flynn ever read it.

And the Associated Press is reporting the same tonight:

Marshall Billingslea, a former Pentagon and NATO official, wanted the information for his boss, Michael Flynn, who had been tapped by Trump to serve as White House national security adviser. Billingslea knew Flynn would be speaking to Kislyak, according to two former Obama administration officials, and seemed concerned Flynn did not fully understand he was dealing with a man rumored to have ties to Russian intelligence agencies.

To the Obama White House, Billingslea’s concerns were startling: a member of Trump’s own team suggesting the incoming Trump administration might be in over its head in dealing with an adversary.

Obama aides cited in the AP report claim that Flynn was “notably dismissive” about the Russian threat in meetings with Obama administration officials like Susan Rice.

And, on top of all that, this report also sheds more light on just how concerned people in the last White House were about potential Russian connections to the Trump team:

In the following weeks, the Obama White House would grow deeply distrustful of Trump’s dealing with the Kremlin and anxious about his team’s ties. The concern — compounded by surge of new intelligence, including evidence of multiple calls, texts and at least one in-person meeting between Flynn and Kislyak — would eventually grow so great Obama advisers delayed telling Trump’s team about plans to punish Russia for its election meddling. Obama officials worried the incoming administration might tip off Moscow, according to one Obama adviser.

The Trump administration has already faced a number of questions about why Flynn wasn’t more closely vetted, given other revelations about payments he received from Russia and Turkey.