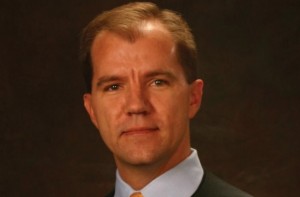 Republican presidential candidate Donald Trump released the names of eleven federal judges he would consider nominating to the Supreme Court to fill its open spot Wednesday. Whether or not his campaign team vetted the judges’ legal opinions, they definitely skipped social media.

One of the judges on the list, Texas Supreme Court Justice Don Willett, is also a prolific tweeter. Many of his tweets about Trump over the past year can be described as mocking at best, while others are clearly denunciatory.

Trump University, a sore spot for the Trump campaign, appears to be a common target.

Low-energy Trump University has never made it to #MarchMadness. Or even to the #NIT. Sad! ? pic.twitter.com/DWcfJOZkPu

What is the Trump University mascot?

Other tweets made fun of his rhetoric and compared him unfavorably to presidents like Abraham Lincoln.

“With malice toward none, with charity for all . . . except for all the losers, clowns, and dummies.”
—President Donald Lincoln

One tweet pointed to a poll showing that “even avowed socialist Bernie Sanders” would thrash Trump in the general election.

Trump to “the evangelicals”—

“I’ll be the best thing that’s ever happened to them.”

Another indicated that Trump might secretly be liberal justice Ruth Bader Ginsburg in disguise.

In one truly ironic tweet, Willett expressed horror just thinking about the kind of judge Trump would nominate to the Supreme Court.

Who would the Donald
Name to #SCOTUS? The mind reels.
*weeps—can’t finish tweet* pic.twitter.com/a326AP0mN1

Safe to say, Justice Willett prooooobably won’t end up getting the nod in the end.