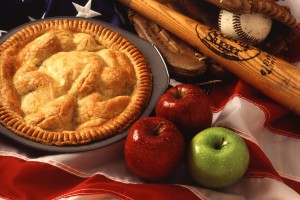 It’s official: the plan to build a mosque and Muslim community center two blocks away from Ground Zero essentially has a green light, despite vast controversy and conservative outrage. Amid the massive media and politics frenzy, three recent columns show the kind of real discussion we should be having in lieu of the rants and fear-mongering that seem to be garnering the most attention.

Today, New York City’s Landmark Commission unanimously denied landmark status to the building that exists on the Cordoba House project’s site currently – eliminating a major obstacle for the project. Legally, all systems are go. But in Newsweek/Washington Post‘s On Faith blog, Aseem Shukla, co-founder of the Hindu American Foundation, points to where the controversy really lies: “does legality trump prudence; does ability trump suitability?”

Shukla says religion was defamed at Ground Zero, and “asking religion to heal itself and others together at this site seems more reasonable than asking for another mosque, temple or church in a city that has thousands.” He mentions a different option:

An interfaith center collaboratively built by Americans, rather than a mosque possibly funded by overseas capital, is among many suggested alternatives.

Possibly funded by overseas capital? Shukla says certain things must be clear about Cordoba House. What is their interpretation of Islam — and does it resemble the interpretation of extremists? Does the initiative, which has strong ties to Malaysia, “reject that country’s history of Muslim chauvinism as a Sharia practicing country that systematically discriminates against the Hindu and Christian populations marginalizing them to second class status?” Shukla’s piece focuses not the actual project, but more on the ideology and views of the people behind the project — and this is a little-discussed perspective.

On the other hand, William Saletan‘s piece in Slate takes a different approach and looks at Cordoba House from the lens of American values. He generally argues that to deny building of the community center would be un-American and poses some dangerous questions about discrimination and freedom of religion.

It justifies bigotry. Don’t take it from me. Take it from Abe Foxman, the ADL’s national director. When the New York Times asked him how the feelings of family members of 9/11 victims could justify the ADL’s opposition to the mosque, he replied, “Survivors of the Holocaust are entitled to feelings that are irrational.” In the case of the 9/11 families, he argued, “Their anguish entitles them to positions that others would categorize as irrational or bigoted.”

It renounces pluralism. Again, don’t take my word for it. Read Gingrich’s words: “There should be no mosque near Ground Zero in New York so long as there are no churches or synagogues in Saudi Arabia.” That’s a straightforward message to illiberal Muslim regimes: If you won’t rise to our level, we’ll sink to yours.

And yet isn’t pluralism and tolerance exactly what this country was founded on? In a recent interview, the city’s mayor, Michael Bloomberg, made the following remarks:

“If we are so afraid of something like this, what does it say about us? Democracy is stronger than this. You know, the ability to practice your religion was one of the real reasons America was founded.”

That Americans covet their First Amendment rights is almost a universally known fact. As Thane Rosenberg says in the Huffington Post, the First Amendment is utterly American — right up there with apple pie, baseball and George Washington. I can recall many an elementary school lesson about how pilgrims came to the “New World” to escape religious persecution. We could argue back and forth about what the real reasons were, but the fact remains that religious freedom and tolerance are self-proclaimed American ideals.

Going off this idea, Blake Hounshell brings up another point in Foreign Policy: George W. Bush. And, incidentally, he’s not blaming Bush for anything, but arguing that the former president is the only man who can stop the “mosque madness”:

Much as Muslims around the world may have despised his foreign policy and his interrogation and detention policies, the former president spoke out repeatedly and eloquently against attacks on Muslims, and visited an Islamic center several days after 9/11 to send the message that Muslims were not the enemy. He may not have much standing in the Islamic community today, but he still retains a broad following on the right.

Yet Bush has been living under the radar, almost entirely out of the media spotlight. Hounshell says he hopes Bush speaks out, but realistically it is unlikely that he will at this moment — at least about this particular issue.

Another aspect of this ordeal is that while a Muslim community center two blocks away from Ground Zero has caused such a media frenzy, the fact that the Ground Zero site still remains empty — that it took so long to finalize ground plans — has not elicited much discontent. Some have argued that the true show of American strength and the country’s ability to bounce back would have been to promptly fill the gap in the skyline that still serves as a painful reminder for so many. Nearly nine years later, we haven’t.

In the previously mentioned On Faith post, Shukla mentions the idea of a multi-faith center where he says religion was defamed. Indeed, such a project would be a prominent display of unity and pluralism. But no such center has been in the works. When the city does not already have plans, it finds itself on a slippery slope if it wants to deny the Muslims of their center. Without downplaying any of the post-9/11 anger and pain, it’s hard to deny the project now without coming dangerously close to stepping on self-proclaimed American ideals.