Blue Check Twitter To Trump: We Still Hate You

Blue Check Twitter To Trump: We Still Hate You 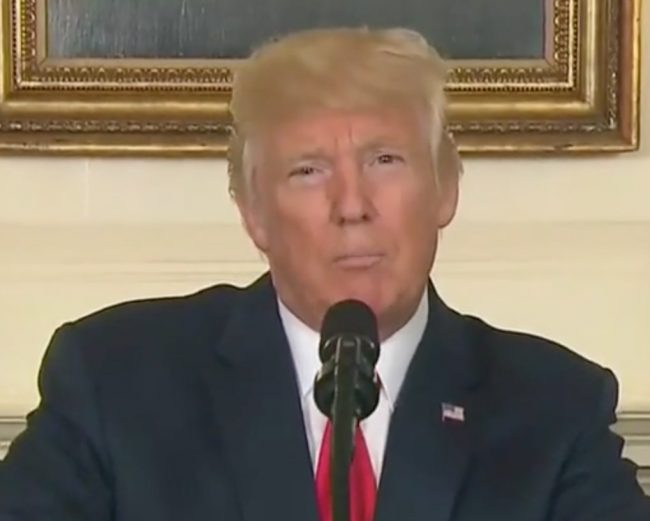 President Donald Trump took to the podium at the White House Monday for a do-over of sorts on his Charlottesville comments. But judging by reaction on Twitter, the President did little to sway public opinion in his favor.

“[T]hose who cause violence in [racism’s] name are criminals and thugs, including the KKK, neo-Nazis, white supremacists, and other hate groups that are repugnant to everything that we hold dear as Americans,” Trump said during his brief address.

But the comments were “too little, too late” for most on Twitter. Here’s a sampling of the reaction from politicians, journalists, and others:

All it took was 3 days of crushing public pressure for @realDonaldTrump to finally muster the courage to condemn nazism & racism.

Wish Trump would’ve led &united us on Sat. by calling out white supremacists &neo-Nazis who led attack—Hope he keeps promise to stop bigotry

Feels too little, too late, too contrived, 48 hours later, too belabored. Trump White House on #Charlottesville

It shouldn’t take 72 hours for the President to condemn Nazis marching in the street.

This is a speech from a desperate staff that knows how badly Trump got rekt this weekend.

This would have been a fine, normal statement on Saturday. Now it just sounds like desperate, uncharacteristic overcompensating.

Another vague denunciation of bad things, by Donald J. Trump.

If Trump had given speech like this on Saturday, we’d have commended him. On Monday, it does nothing for me. Zero. I suspect, I’m not alone.

This statement from Trump – beginning with self-praise on the economy – similar to his presser acknowledging Obama was born in US.

congratulations to President Trump for winning the Bare Minimum award

On its face, not a bad statement. But it means little given Trump was brought to it kicking and screaming. His allegiance is clear.

This statement by Trump is STILL offensive and insuffiencient… I’m DONE! I’ve BEEN done… #Charlotteville

Trump is so loathe to issue this statement, he has to lead up to it with a lengthy self-congratulation on the economy

The President of the United States should not have to be publicly shamed into condemning neo-Nazis and white supremacists.

It took Trump a half speech to get to saying White supremacists, neoNazis and KKK. Now restore all Domestic extremism intelligence funding