Twitter Explodes Over News of Robert Kraft’s Arrest: Jussie Smollett Should Write Him a Check For $3,500 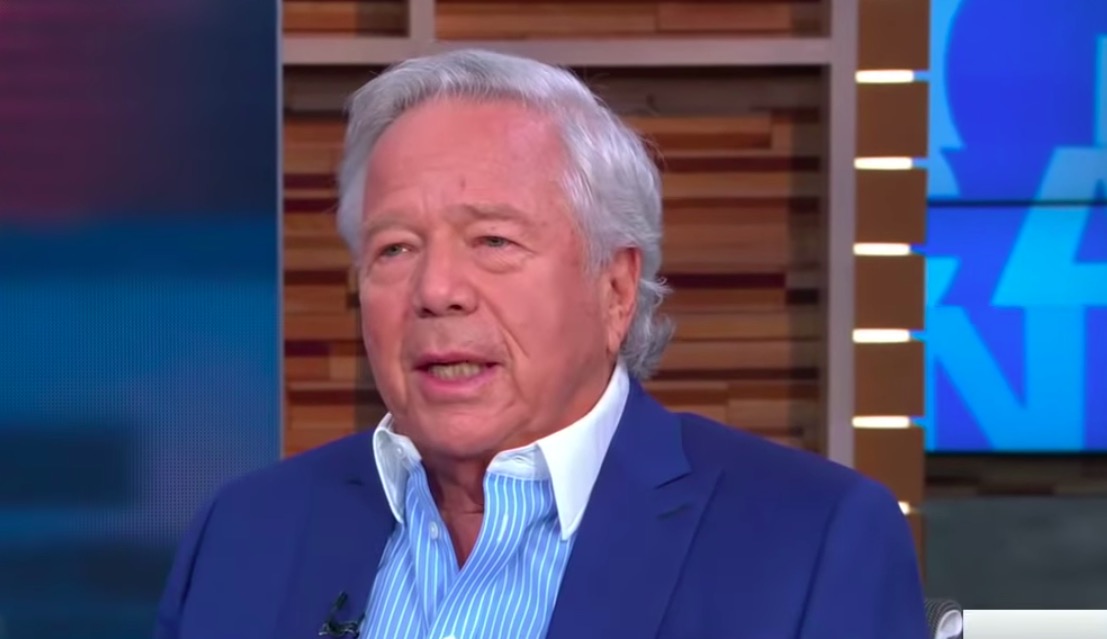 Twitter exploded with shock and memes after news broke that New England Patriots owner Robert Kraft is being hit with prostitute solicitation charges.

Police say they have video evidence of the billionaire going to the Orchids of Asia Day Spa in Jupiter, FL to pay for sexual acts. A spokesperson for Kraft still denies any wrongdoing.

Authorities caught craft as part of a several-months-long investigation into “sexual servitude” practices at numerous Florida spas. The NFL owner, whose tenure with the Patriots includes six Super Bowl victories, faces a misdemeanor for the solicitation and is required to appear in court.

Media figures took to Twitter to weigh in on the viral news, with a number of users joking about fake-hate-crime-doer Jussie Smollett thanking Kraft for finally getting his name out of the news.

Check out a few of the best reactions below:

This is Jussie Smollett today after hearing the Robert Kraft news… pic.twitter.com/Rzxxw2liax

robert kraft trying to take the heat off of jussie smollett. a true ally. an american hero.

Jussie: I have so much to lose but I’m pretty sure I’m untouchable.

Who gets to ask Trump about Robert Kraft

robert kraft busted for soliciting sex acts… AND THEY HAVE IT ON VIDEO?!

i smell a ruse. pic.twitter.com/4Gpr3jo41Y