Twitter Freaks Out Over Pulsating Teal Sky Over NYC: Aliens in Queens! 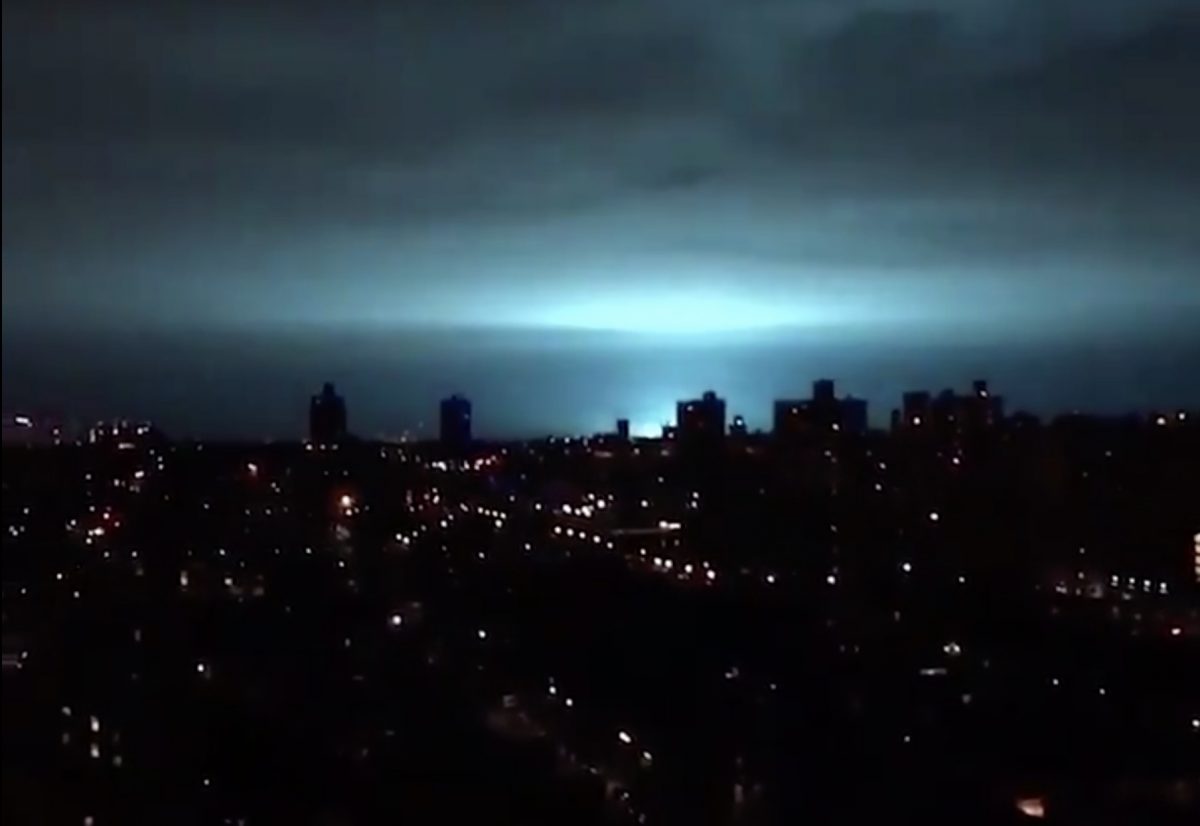 On Thursday night, an explosion rocked a Con Edison facility in Astoria, Queens. Lights flickered in the borough, the explosion could be seen lighting up the skyline and sky turned an eerie teal blue.

At LaGuardia Airport, there were reports of power outages and flights temporarily halted.

Thankfully, no one was hurt in the explosion and there was no resulting fire.

Yet, in the moments after the explosion, Twitter was freaking out over talk of Armaggedon and alien invasions.

Here is some of the dramatic footage posted by those nearby.

Um what is this? #queens #nyc pic.twitter.com/rt3yiOoyBz

Power just flickered off and this is happening in Astoria… #queens #bluesky #explosion pic.twitter.com/9Bxk1NSc7v

What is happening in queens?!!!! It’s humming and changing psychedelic colors… tons of sirens?!! pic.twitter.com/xkskHdzOxo

This is crazy. Possible explosion in queens? Crazy. #NewYork pic.twitter.com/r6M1XlGgDs

New Yorkers also proceeded to have thoughts of what may have been up prompting the freakish pulsating skies.

Some thought it may be fireworks.

Why is the sky lit up bright blue in Queens New York City right now? Is it fireworks? #QueensNY #SkyIsBeamingBrightBlue pic.twitter.com/4IF53UUGGG

Or possibly an alien invasion from aliens who may or may not have valued the bigger apartments the borough has to offer.

here’s a second look with the Queens 7 train approaching and the brilliant blue sky lighting up overheard. went on for maybe 3 minutes total

alexa show me what the alien arrival looks like pic.twitter.com/NmZNXIybLD

Some even suggested it may be the end of the world.

if the world is ending, I want to be in Queens. #queensforever (Glad everyone is safe) https://t.co/UPc0GPpqfu

#NY1news saw the whole thing from my house in queens and thought it was the end of the world! pic.twitter.com/F063yZiAx7

Others thought Amazon might have something to do with it.

It would be something if the bright blue light above Queens finally faded, and Amazon HQ2 was suddenly sitting there fully constructed.

The NYPD eventually confirmed that there was no alien activity either in Queens or the Bronx and that the explosion was not the result of suspicious activity.

Confirming incident in #Astoria was result of transformer explosion. No injuries, no fire, no evidence of extraterrestrial activity. Please continue to follow @FDNY and @Conedison

Transformer explosion was determined to be a non-suspicious equipment malfunction. Please continue to avoid the area due to keep traffic clear. Thank you.

New York City Mayor Bill de Blasio also tweeted out details of what happened to inform New Yorkers that there was no need to freak out over the unexpected light show in the Queens sky.

– Light was caused by electrical surge at a substation.

– No current fire, no injuries.

– MTA has power, but there are delays on the 7 train.

– Power coming back on at LGA, but expect delays.