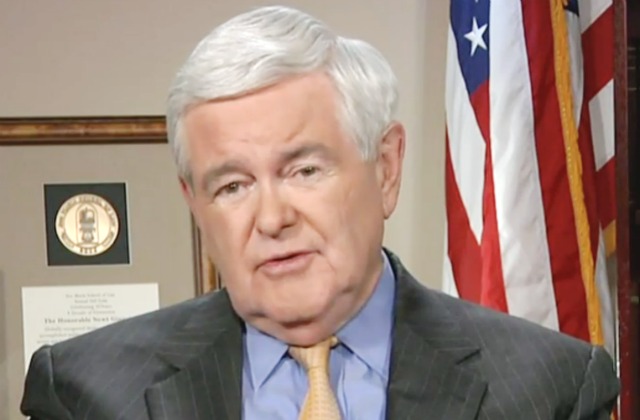 Either Newt Gingrich is hitting the sauce early today, or he really messed up when he got on Twitter to praise President Donald Trump for his latest public remarks.

Gingrich speaks positively about the president on a regular basis, so it might not come as a surprise that he had a satisfied reaction to Trump’s joint press conference with Mitch McConnell. The greater surprise is that the former House Speaker put out a tweet so horrendously misspelled, a third of it is almost illegible: 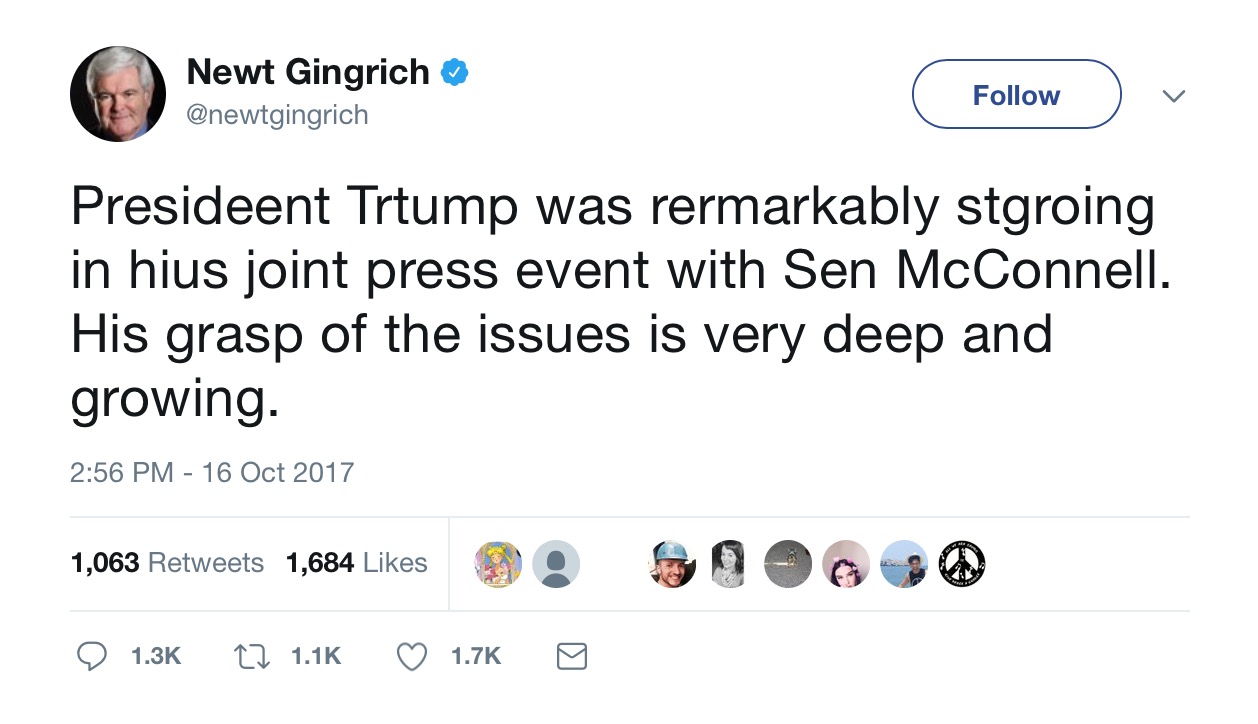 Friend: Are you still at the bar?

Somebody go check on Newt https://t.co/apupx7Kbdd

There is a coded message here. I just know it. https://t.co/51z8k1lOwo

Newt Gingrich has clearly given up on life. https://t.co/jQSZDGxhDQ

Bruh, only way to tackle Monday is a 2pm happy hour https://t.co/Dn5qzZrVXu

YO NEWT, try laying off the sauce, at least until Happy Hour at 5pm‼️??? pic.twitter.com/lyaTM9fgop

Gingrich has deleted his original tweet and is now trying again:

.@potus was remarkably strong in his joint press event with Sen. McConnell. His grasp of the issues is very deep and growing.