Twitter Mocks Jacob Wohl’s Weird Press Conference Outside of CPAC: ‘I Can’t Stop Laughing At This’ 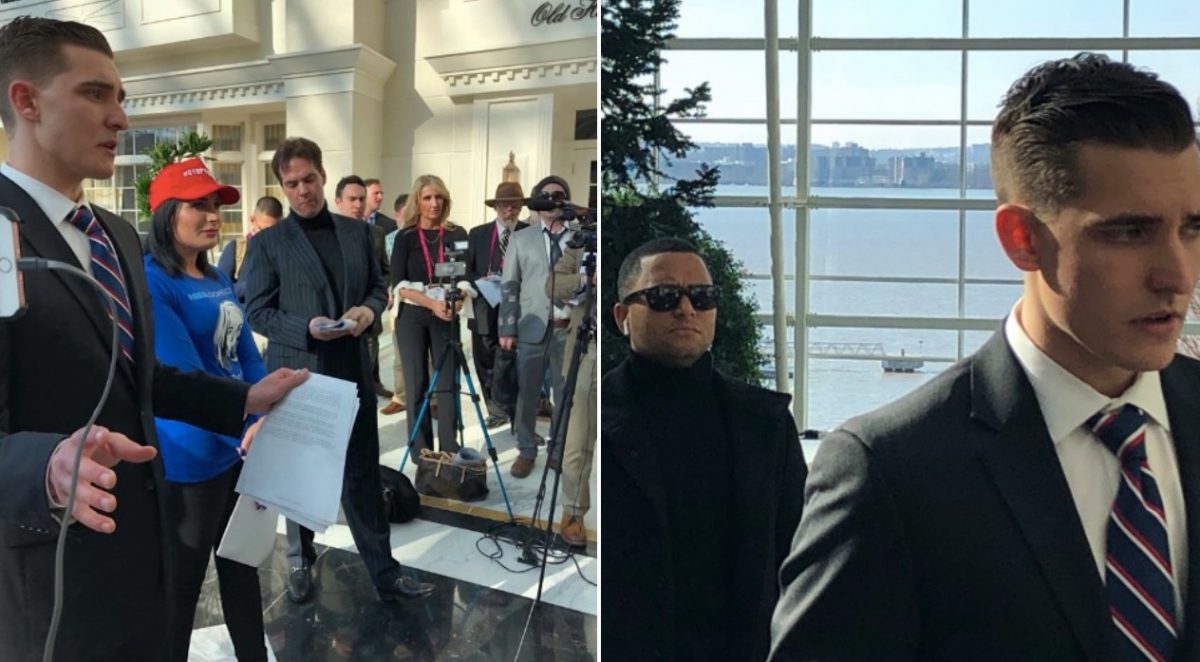 Fresh off of his ban from Twitter, Jacob Wohl — joined by Jack Burkman and Laura Loomer — held a press conference in what could only be described as the sunniest and hottest spot possible in the lobby of the Gaylord National Resort.

Their presser was about the evidence to support the unproven claim that Rep. Ilhan Omar (D-MN) “married” her brother to defraud the government.

The press conference, held by conspiracy theorists, went as well one would expect:

jacob wohl is giving his cpac presser while flanked by a tiny security guard with a single airpod in his ear pic.twitter.com/tGt4vjI6oh

People at the Jacob Wohl and Laura Loomer press conference are laughing at them.

Just lost a half-hour at #cpac attending a press briefing by Jacob Wohl to present an investigative report that was distributed to attending media and carrying this warning: “Privileged and Strictly Confidential.” So I can’t say what it says.

If Jacob Wohl’s report is confidential why did he just hand it to me? #CPAC pic.twitter.com/yjvxNL9wKk

Siri, show me the definitive image of our political moment. https://t.co/rXdid9iya8

i can’t stop laughing at this https://t.co/An9IiEuoqN

All these people are larpers. He needs a tin badge that says ‘U.S. Official’ https://t.co/2tLsy5uM4u

And that’s it! Jacob Wohl’s press conference fizzles out amid questions about the FBI investigation into their last stunt. pic.twitter.com/0LnhuXZG6U

When people tried to ask about his unfounded accusations of sexual misconduct by Robert Mueller, Wohl said he wouldn’t be answering questions about that said he was only going to answer questions about Omar.

In addition to the allegations, Loomer also called for Twitter to reinstate their Twitter accounts and praised how viral she went after she handcuffed herself at Twitter’s headquarters in New York City, noting she didn’t even have an account at that point.

[Images via Will Sommer/Caleb Ecarma]