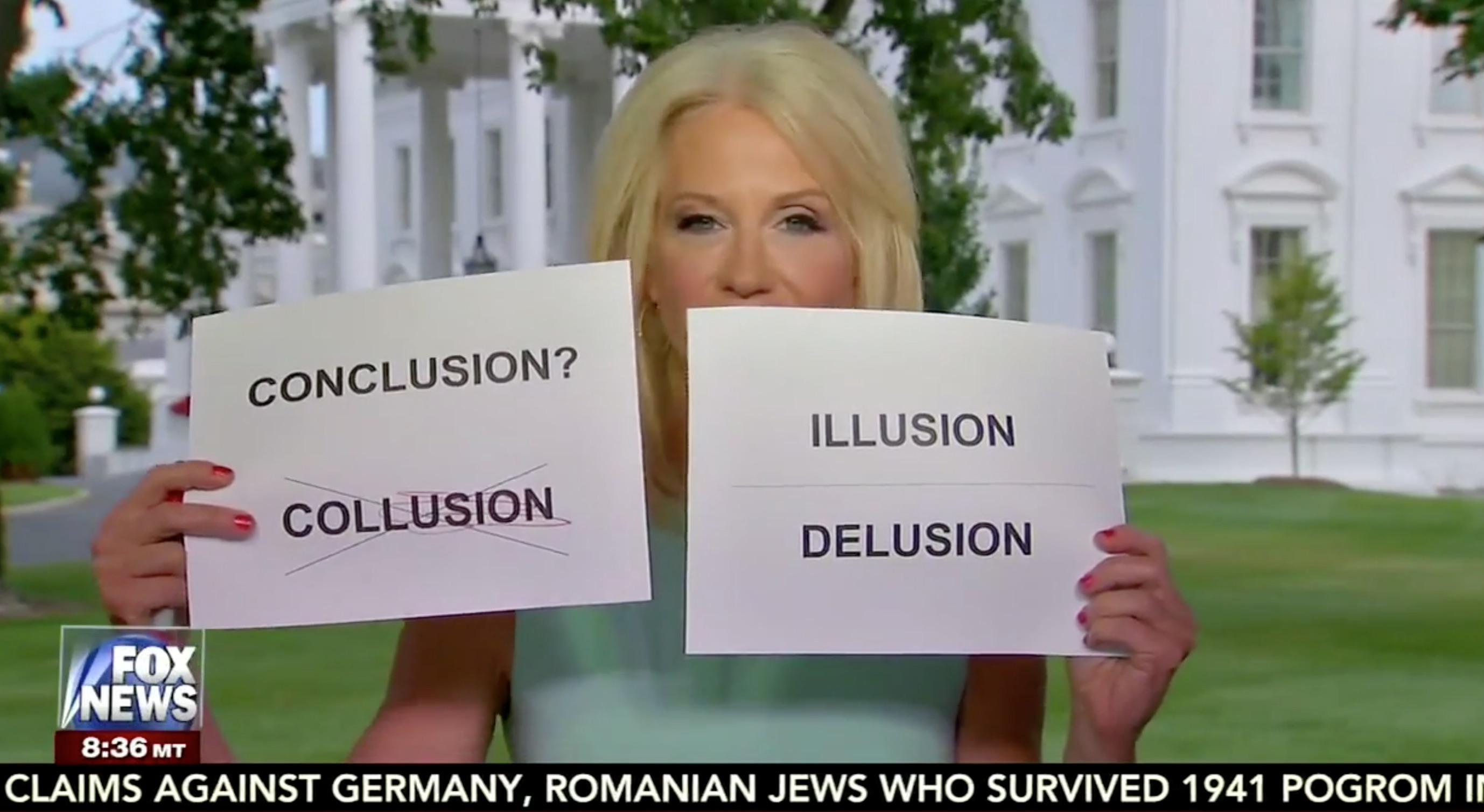 While she told Sean Hannity that she wanted to “have fun with words,” Twitter had some fun at her expense.

This just happened on Hannity….. pic.twitter.com/nOYn7Th2aL

Why does Kellyanne Conway with her flash cards on Fox News seem so familiar? Can’t quite put my finger on it, give me a minute… pic.twitter.com/XjdiU0k3rj

Conclusion? @KellyannePolls knows how to use a rhyming dictionary. Also, she has yet to master the concept of tragic irony. https://t.co/rhucD04XT1

Hannity on the other side while Kellyanne holds up her paper: pic.twitter.com/b64GFycwyL

People have already made a meme out her flashcards.

I think Kellyanne Conway is trying to tell us something. pic.twitter.com/u4ydrOdFcz

Kellyanne Conway reacted to the reaction and tweeted “Apologies to the humorless.”