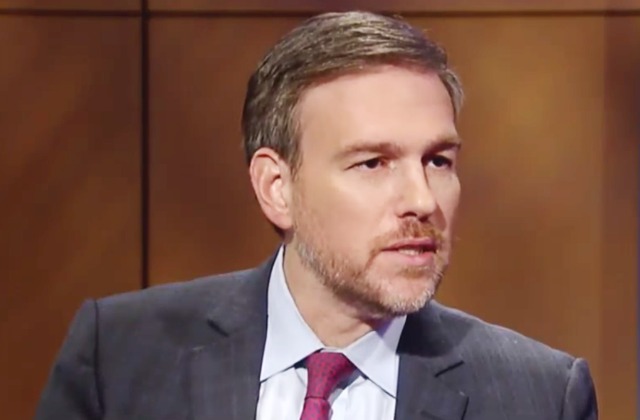 Stephens, who was a noted never-Trumper during the 2016 presidential race, left the Journal earlier in April to become a columnist for the liberal newspaper.

He devoted his first column to contending that the posture of “certitude” towards Hillary Clinton winning the 2016 presidential race was akin to the attitude of too many climate change advocates:

Claiming total certainty about the science traduces the spirit of science and creates openings for doubt whenever a climate claim proves wrong. Demanding abrupt and expensive changes in public policy raises fair questions about ideological intentions. Censoriously asserting one’s moral superiority and treating skeptics as imbeciles and deplorables wins few converts…. [O]rdinary citizens also have a right to be skeptical of an overweening scientism. They know — as all environmentalists should — that history is littered with the human wreckage of scientific errors married to political power.

Not long before his column dropped, Stephens asserted in a tweet that the left was a worse creature than the Trump supporters he had previously sparred with:

After 20 months of being harangued by bullying Trump supporters, I’m reminded that the nasty left is no different. Perhaps worse. https://t.co/uQ2L5lox6e

As soon as the column dropped online, the reaction was almost immediate — ranging from vows to cancel subscriptions to the newspaper to vulgar animations:

@nytopinion @BretStephensNYT How did you mess up so bad with a hire nyt?

@nytopinion @nytimes @BretStephensNYT No. And I’m considering canceling my subscription. A newspaper has a responsibility not to print demonstrably things. That’s Fox’s job

reasonable people can be skeptical about Bret Stephens

Someone, somewhere, thought a Bret Stephens op-ed was worthy of a push notification. That person was wrong. pic.twitter.com/flLj393At2

@nytopinion @BretStephensNYT This is so irresponsible. For many readers, anything that comes out of the times has its authority. They don't know you hired an idiot.

If this is any indication, Stephens and the New York Times should expect similar reactions with future columns.