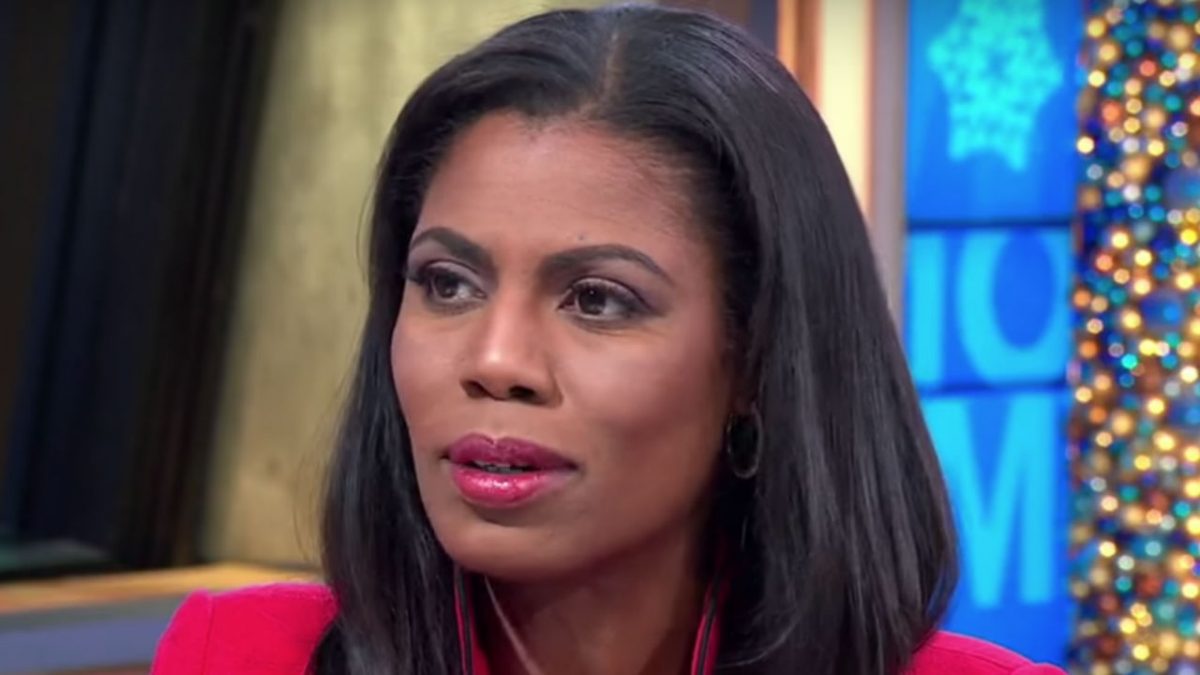 Not only did Omarosa Manigault apparently record John Kelly firing her, but she claims she did so IN THE SITUATION ROOM.

And recording the White House chief of staff in the Situation Room is, well, mind-boggling.

Taping in the Situation Room in WH? You would think that WH would have better security than that…..that is a very important room to our nation’s security and it is that easy to record in it? pic.twitter.com/4QxuJmsAIu

This is one of the most troubling things about this admin. The casual disregard for security and safety and protocol. The whole admin is a disaster because of understaffing and underqualified staff in the positions they have filled.

As someone who spent a fair amount of time in the Situation Room, I can’t even begin to wrap my head around how insane this is https://t.co/OC3Z8I0FKO

If Omarosa carried for example a cellphone into the Situation Room, then not only did she record conversations there, but so potentially has any country or criminal organization that thought to hack her phone

How does @OMAROSA get an unsecured cell phone into the Situation Room? What is wrong with these folks in the White House?

It's simply got to be a crime to record someone in the Situation Room.

Omarosa being able to tape in the Situation Room isn't funny.

We understand the absurdity, but we implore people to not make it into a joke.

These kinds of security breaches in the WH can cost troops' lives, and @POTUS is ultimately responsible. This is on Trump.

Why. Was. Omorosa. In. The. Situation. Room.

Who the hell is RUNNING that place?

The only thing more insanely irresponsible than recording conversations in the Situation Room is hiring someone over the objections of your entire staff who is insane enough to do that.

The Situation Room is a place where the response to the 9/11 attacks was formulated and decisions made about Osama bin Laden's capture.

What in God's name was Omarosa doing in there?

Even when the answer is, "Look who hired her" it's still mind-boggling.

There are small lockers outside the Situation Room where officials are supposed to put their phones, Apple watches, etc. https://t.co/A94vlLXVhl

Totally agree, with this caveat: what the hell was OMAROSA doing in the situation room? https://t.co/yK0sd24wt7

Who in their right mind thinks it’s appropriate to secretly record the White House chief of staff in the Situation Room?

This is of course a fair question, but there’s also the question of who in their right mind hired Omarosa to work in the White House in the first place.