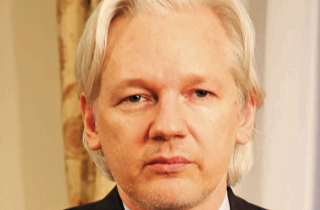 There whereabouts of Julian Assange have ranged from mysterious to contentious to “arbitrary,” according to a panel at the United Nations.

They concluded that the Wikileaks founder — who has been facing possible extradition to Sweden because of a sexual assault allegation —  has been arbitrarily detained by both Sweden and the United Kingdom as he has spent three years in the Ecuadorian embassy in London. The panel called on the countries to compensate Assange and allow him to move freely and safely from country to country.

Assange and his supporters have been hailing this as a huge success, but other leaders and diplomats are not so sure.

British Secretary of State for Foreign and Commonwealth Affairs Philip Hammond is fighting back against the UN’s proclamation, according to the BBC. He called Assange a “fugitive from justice” and said that he will still need to face consequences in Sweden. The UK Foreign Office said the report “changes nothing” and revealed plans to contest the panel’s decision so long as the European arrest warrant remains in place for Assange.

The Swedish foreign ministry’s legal chief, Anders Ronquist, added that Assange “is not being deprived of his liberty there due to any decision or action taken by the Swedish authorities.”

Assange’s supporters are horrified by various governments’ refusal to acknowledge the UN’s decision.

This writes a pass for every dictatorship to reject UN rulings. Dangerous precedent for UK/Sweden to set. #Assange https://t.co/3XZxFrfEBI