Unintended Consequences: The Silver Lining Behind the BP Oil Spill

Unintended Consequences: The Silver Lining Behind the BP Oil Spill 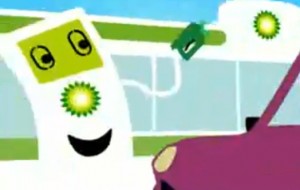 The BP Oil Spill (or “Gulf Oil Spill sponsored by BP”) continues to dominate the news, as efforts to contain the leak display the efficacy and ingenuity of a third grade science project, and the prognosis continues to go from bad to worse. President Obama is rightly pissed off, as the responsible parties continue their Yoko Ono-esque tone deafness. The untold story, however, is the toll that this disaster has taken on me, and the glimmer of hope I found on my drive home from DC yesterday.

Still, I was managing to eke out some content, courtesy of some back-and-forth between Robert Gibbs and Fox News’ Neil Cavuto. I even had a great BP Oil Spill question all worked out for Monday’s briefing. President Obama had talked about the federal government’s share of the blame, so I was going to ask when someone at Minerals Management Service or the Department of the Interior was going to be held accountable for granting BP an exemption from an environmental impact study, along with anyone else who asked for one. It’s true, I got 3 of them myself, just for kicks.

Unfortunately, Chuck Todd got word (via his Blackberry) of Interior Dept. official Chris Oynes‘ retirement, and asked if it was related to fallout from the leak. Robert Gibbs promised to check on it (the official response would be that Oynes’ exit was not related to the BP spill), effectively killing my question. Does that entitle me to some of that $75 million damages cap? Probably not, but I’ve got my fingers crossed that the Republicans will eventually get out of the way and let that cap go to $10 billion. Then, I’m in the game.

As I drove home from DC last night, I played several news programs on my laptop (I always do. It’s the only way to stay caught up while spending 7 hours driving in 1 day). Pretty much everyone agreed that everything that can be done is being done, but that the depth, location, and scale of this leak makes this an almost impossible task, and that the best solution would have been to not let them drill there in the first place. Great. That and a flux capacitor will get you a clean ocean.

So, what happens when the next several attempts to stop this leak fail? What future testicular damage will all these dispersants do? Why is there never an environmental catastrophe that threatens to wipe out mosquitoes?

Burning questions, all, but I found myself wondering most of all, how much oil is in this goddam well? What if this thing just keeps going and going? Will this give rise to a species of oil-resistant Superfish that will figure out how to enslave us?

I’m no scientist, so maybe this will all turn out not-so-bad, I don’t know. It looks really bad to me. It’s tough to find a good guy here. I know Ken Salazar had only been in office for a few months when that exemption was granted, but by all accounts, that was (and continued to be) business as usual. The Democrats’ scaredy-cat, baby-steps approach to reform has been, and will continue to be, grossly insufficient. Is it better than no reform at all? I don’t know, I just know that a non-poisonous ocean is better than both of those things.

Here’s the thing. When it comes to the environment, I keep a healthy dose of skepticism for both sides. If putting an extra lane onto the Garden State Parkway means displacing some rare chipmunks, well, I’ll be there to pay for the Habitrail. They put on a helluva Christmas album, but I got places to be. On the other hand, when companies lobby for voluntary pollution standards, I think about how well voluntary parking rules would work out. The point is, I’m no alarmist. It’s just that crude oil pouring into the ocean at a rate of *shrug* is, well, pretty damned alarming.

I stopped for gas about halfway home, and I saw that the station was selling toy trucks for only five bucks. My dad worked for Hess for awhile when I was little, so I’ve always had an affinity for those toy trucks, even if I could never quite understand why they chose to parody “My Boyfriend’s Back” in their commercials. My 4 year-old really misses me when I’m gone, so I thought the little truck would make a nice present for him.

It wasn’t until I got home that I realized that I had purchased a toy BP truck. So, there’s the silver lining; a cheap toy truck that I can give to my son, which he can someday use as an offering to his Superfish overlords in a bargain for his life.