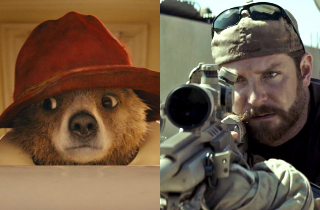 The University of Michigan canceled a screening of American Sniper, the Clint Eastwood film about controversial sniper Chris Kyle, following a petition signed by over 300 students that claimed the film promotes anti-Muslim violence.

“While our intent was to show a film, the impact of the content was harmful, and made students feel unsafe and unwelcome at our program,” the university said in a statement Tuesday per the College Fix.

In the letter, signed by both students and staff, the Muslim Students’ Association wrote:

“The movie American Sniper not only tolerates but promotes anti-Muslim and anti-MENA rhetoric and sympathizes with a mass killer. Chris Kyle was a racist who took a disturbing stance on murdering Iraqi civilians. Middle Eastern characters in the film are not lent an ounce of humanity and watching this movie is provocative and unsafe to MENA and Muslim students who are too often reminded of how little the media and world values their lives. What we instead should offer is compassion and respect towards others.”

The university agreed. “We deeply regret causing harm to members of our community, and appreciate the thoughtful feedback provided to us by students and staff alike,” it said in response.

@Mashon45 Paddington will be shown instead.

We're planning to show American Sniper in a separate forum that provides an appropriate space for dialogue & reflection. More info to come.