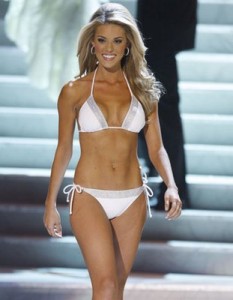 At least when it comes to page views. The New York Times‘ Brian Stelter is reporting on the speculation that the Washington Post fired columnist Dan Froomkin because his column’s page views were low.

The paper’s ombudsman, Andrew Alexander, said in a blog post that “reduced traffic played a big role” in the decision. Fred Hiatt, the editorial page editor of the Post, told the Washington City Paper that “his traffic had gone way down.”

Welcome to the new media age, where news has become a popularity contest!

Page views have long been the metric of success at online institutions but thus far mainstream papers have been mostly able to avoid pandering to the click-through. No longer, it would seem.

This is a “historical marker” says the the Washington City Paper “the first time that a major personnel decision has hinged so squarely on Web hits.”

One imagines this is also just the beginning. Now that a person’s output and “influence” is measurable down to the tiniest minutiae reporters are slowly becoming brands unto themselves and less bricks in the wall of a larger institution. Perhaps the day is not far off when every newspaper, struggling for online relevance, institutes its own internal power grid as a way to keep track of who is valuable and who is not. Or experiments with a payment system based on pageviews a la Gawker. Thanks to the power of Google analytics, it’s every man for himself!

Of course had Froomkin known he was living and dying by pageviews he could have avoided the problem altogether and embraced the business model favored by his new employer: all boobs all the time!!