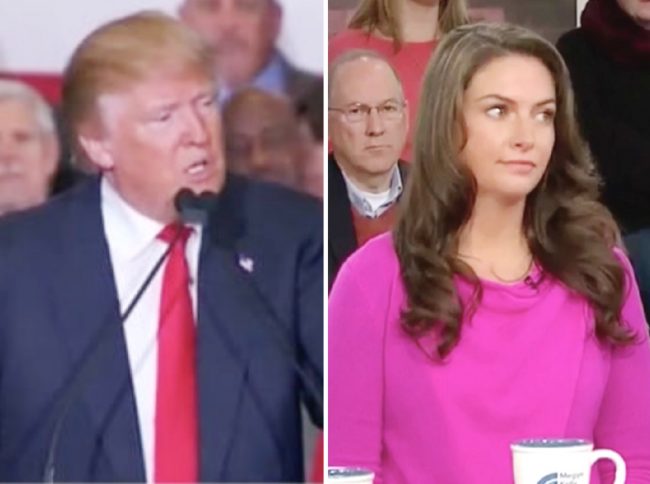 “In terms of the specific eyewitness accounts, there have been multiple reports,” Sanders said. “I’ll be happy to provide them to you after the briefing.”

Sanders made good on her promise Monday night, giving some names to CNN and the progressive website ThinkProgress. And here’s the thing: These eyewitnesses…they don’t claim to have actually seen anything.

In an interview with TMZ, Blair spoke about the general behavior she observed from Trump at pageants, and didn’t address Holvey’s specific allegation or any other claim.

“As far as the rumors surrounding him coming backstage and things like that, dressing rooms — absolutely not,” Blair told TMZ. “I never experienced that. I don’t know anyone that has.”

But the White House is citing these women as “eyewitnesses,” despite the fact that they saw absolutely nothing. For this White House, it’s a claim that seems par for the course.