‘What a Wimp’: Twitter Blows Up Over Candidate’s Alleged ‘Bodyslam’ of Journalist

‘What a Wimp’: Twitter Blows Up Over Candidate’s Alleged ‘Bodyslam’ of Journalist 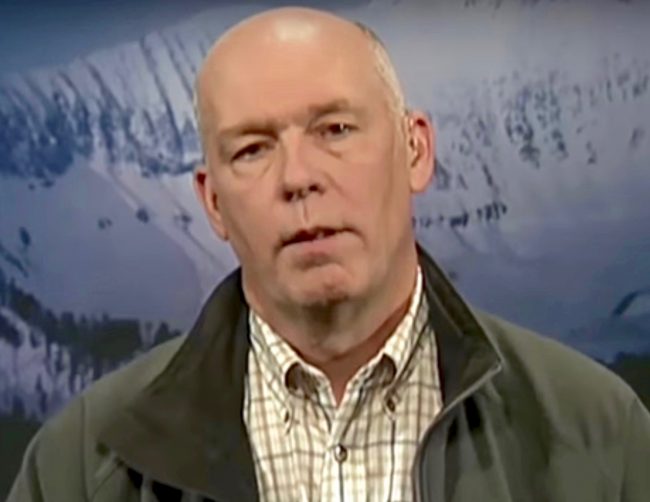 Twitter was certainly abuzz on Wednesday after audio emerged of an altercation between Republican congressional candidate Greg Gianforte and Guardian journalist Ben Jacobs.

Jacobs’ fellow journalists certainly rallied to his side, with some of them more vocal than others.

Dear Greg Gianforte: If you can’t deal with tape recorders in your face, you probably shouldn’t be applying for a job at the US Capitol pic.twitter.com/9XfH5knjOl

And BTW, @Bencjacobs is a solid and honest reporter. This is disgraceful treatment. https://t.co/ClH27teGkY

The thing about this stmnt is, even if u believe Gianforte’s version of events-what a wimp this guy comes across as! pic.twitter.com/GSQ8QkTwT7

So ridiculous that conservatives complain about liberal “snowflakes,” then totally lose their shit when they get asked a simple question. https://t.co/fbsoUpIimZ

Conservative users of Twitter had a mixed reaction to the incident. Two Republican congressional staffers threw shade on the congressional candidate.

@WesleyLowery This statement is horse shit. Embarrassing if you’ve listened to the audio, which everyone reading the statement surely has

Two other right-of-center pundits had serious doubts about Jacobs’ account and audio.

What kind of a wuss files charges over broken glasses? Someone who wants to influence an outcome, that’s who. #JournalismIsDead

I think the reporter’s lying.
Liberal reporter happens to be attacked for no reason by GOP candidate in critical election?
Sounds legit. https://t.co/ON5KCbqWTG

Others, however, found some humor in the whole incident.

If politicians are going to body slam reporters, we should at least wait for The Rock to run.