What Happened When an FBI Agent Tried to Impersonate a Journalist

What Happened When an FBI Agent Tried to Impersonate a Journalist 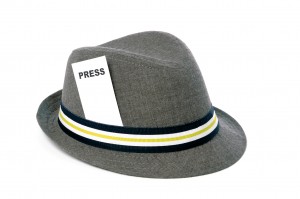 The agents’ target was a 15-year-old high school student who had been surreptitiously emailing bomb threats behind the veil of a proxy server. The operation to nab him involved one agent with the bureau’s cybercrime task force impersonating an Associated Press reporter and emailing the suspect links to a fake AP story and fake photographs. When the suspect clicked one of the links, it revealed his location to the FBI, whereupon he was arrested and pleaded guilty.

The report shows that while the operation was a success, the agents did not do a spectacular job impersonating a journalist. Emails to the suspect are riddled with bizarre capitalizations — for instance, the word “press” is capitalized throughout. (“I respect that you do not want to be bothered by the Press,” begins one email.)

The fake story they concocted would not pass muster with an editor, as a former AP writer noted in 2014:

It’s just offensive that the FBI would impersonate the Seattle Times and not follow proper AP style. pic.twitter.com/qSf7zdHgYj

In emails to the suspect, an agent identified himself as “Norm Weatherill” with the dubious title of “AP Staff Publisher.” One email read as follows, complete with odd capitalization of “Staff Writer” and baffling quotation marks around “anonymous.”

Disappointed that I did not get a response from my “anonymous” interview request. The article was not published in today’s papers, but my Staff Writer drafted an updated version and we left blanks if you would like to comment. . . .

The agent also explained that AP stories could be found in such media outlets as “US Today,” apparently meaning USA Today.

When the story broke in 2014 that FBI agents had impersonated a journalist, the AP filed a complaint with then-Attorney General Eric Holder. Shortly thereafter, FBI Director James Comey wrote in a letter to the editor of the New York Times that the techniques were “proper and appropriate” and were within the bureau guidelines at the time. He conceded that they would probably require higher levels of approval in 2014.

The IG report concludes that stricter approvals are now necessary and more precise guidelines are in place for agents impersonating journalists than there were in 2007.

The AP released a statement Thursday saying that the organization was “deeply disappointed” in the report’s findings, which hold that agents can impersonate journalists with proper authorizations. “Such action compromises the ability of a free press to gather the news safely and effectively and raises serious constitutional concerns,” AP Vice President and Director of Media Relations Paul Colford said.

Although the report makes a few recommendations about FBI policy in these matters, it offers nothing about giving a more plausible performance as a member of the “Press.”