What to Expect from World of Warcraft: The Magazine

What to Expect from World of Warcraft: The Magazine

Blizzard, the gaming company behind World of Warcraft, has announced that they are collaborating with special interest publisher Future to launch a 148-page, advertisement-free quarterly magazine based on the enormously popular game. This follows the recent news that Sam Raimi will direct a World of Warcraft movie. World of Warcraft: the Magazine will target the 11.5 million subscribers to the online MMORPG — but they may not be eager to pay $40 a year on top of their current monthly subscription fees.

In an era when the print industry is stagnating and magazines are trying to be more like websites, trying to capture online gamers with a print magazine is an ambitious idea. According to CNET News and CrunchGear, WoW: the Magazine will attempt to entice readers with “beautiful game related art,” “behind the scenes access” at Blizzard, and contributions from “a panel of international journalists.” What other innovations might we expect from the upstart gaming magazine? 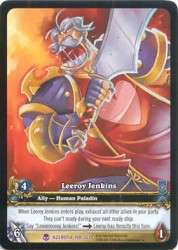