Which Party Is Looking Out For Your Civil Liberties?

Which Party Is Looking Out For Your Civil Liberties? 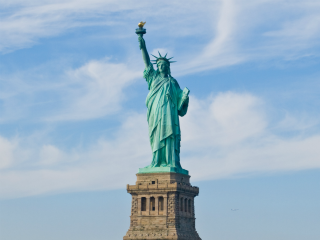 Which of the two major political parties is looking out for your civil liberties?

The short answer: neither.

The traditional narrative says that Democrats are the party of civil liberties, and that the Republicans are the party that often sacrifices liberty in the name of safety.

Well, in reality, the Democrats no longer fit the narrative. President Barack Obama‘s record has largely been the continuation — and occasional worsening — of his Republican predecessor’s dismal civil liberties policies.

The Republicans, on the other hand, are still the party of “safety before liberty”…but with the exception of a few very noteworthy congressmen.

It may surprise some to learn who is most actively looking out for civil liberties: a few Tea Party-backed politicians like Senator Rand Paul (R-KY).

Paul was the most vociferous voice in opposition to last year’s renewal of the PATRIOT Act, the post-9/11 bill that has long drawn the ire of civil libertarians. Who pushed the renewal through Congress? One of the most powerful Democrats in Congress, Senate Majority Leader Harry Reid.

And what about the controversial 2012 National Defense Authorization Act? That bill included an “indefinite detention” provision which allows government to hold in military custody anyone it determines to be “a member of, or part of, al-Qaida or an associated force … without trial until the end of the hostilities authorized by the Authorization for Use of Military Force.” Sen. Paul was the leading voice in opposition to this violation of civil liberties, giving impassioned speeches like this one before the Senate.

Of course, the Democrats were evenly split 93-93 in the House when voting on the NDAA, while Republicans were overwhelmingly in favor of the law, voting 190-43. This may show that the Democrats are better on civil liberties issues, but when your president and major figures (Reid, Pelosi, etc.) are lately some of the worst on the issues, it becomes clear that civil liberties are not a major plank of the party’s agenda — just a convenient bone to toss on occasion.

The recent civil liberties issue du jour is the threat for potential federal use of unmanned drones for domestic surveillance. Who has taken up the fight to prevent that from happening without warrant? Sen. Paul, once again, who introduced The Preserving Freedom from Unwarranted Surveillance Act of 2012 in the Senate. And in the House? An obscure Republican congressman from Georgia, Austin Scott.

Now you might say fighting executive overreach has only become a fashionable cause on the right because the president is a liberal. That may be true for most Republicans, but it certainly cannot be said for the likes of Sen. Paul and congressmen like Ron Paul (R-TX) and Justin Amash (R-MI).

The old narrative is tired. The Democrats are not the party of civil liberties, and the Republicans surely never were. Civil libertarians shouldn’t put their faith in parties, but rather in the individual politicians who consistently commit to defending civil liberties.