Who Are The Most Influential ‘Guys Behind The Guys’?

Who Are The Most Influential ‘Guys Behind The Guys’? 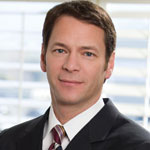 Mediaweek has released their annual list of “executives who help the Rupert Murdochs and Martin Sorrells and Mark Zuckerbergs get on those ‘power lists’ in more celebrity-focused titles.”

The Mediaweek 50 span the range of industries and job titles – here are five of the most interesting selections:

• #1: Jeff Gaspin, chairman, NBC Universal Entertainment (pictured)
What Mediaweek says: “Once it became clear that Ben Silverman’s departure was imminent, Gaspin was kicked upstairs.”
What Mediaite says: This is the key reason for his appearance on the list – a list he wasn’t on at all last year. Silverman’s exit opens up Gaspin to be the logical successor to Jeff Zucker. Unless…

• #6: Bonnie Hammer, president, NBC Universal Cable Entertainment and Cable Studio
What Mediaweek says: “This summer, USA Network averaged a garish 3.6 million viewers in prime time, 26 percent better than summer ’08.”
What Mediaite says: …the other option for logical successfor for Zucker’s top spot at NBC. While it may be more of a sleeper pick (WWE CEO Vince McMahon thinks it’s going to happen), USA Network is coming off the biggest summer in cable history.

• #15: Arianna Huffington, editor in chief, huffingtonpost.com
What Mediaweek says: “HuffingtonPost.com is the face of the debate over Web journalism ethics, using unpaid contributors and building traffic via aggregation techniques.”
What Mediaite says: As the face of The Huffington Post, she is really more of a “Mark Zuckerberg” than someone behind the curtain.

• #45: Paul Rittenberg, executive vp, advertising sales, Fox News
What Mediaweek says: “Per SNL Kagan, Fox News boosted ad revenue by a whopping 23.4 percent in calendar year ’08, netting $567.6 million.”
What Mediaite says: Rittenberg is the only cable news exec to make the list – and that says a lot about both him and Fox News.

Oh, and click here for the most important rankings.