Who is America? Is Telling Us Who to Listen To, and Who To Kick To the Curb
Opinion
Don't Catch You Slippin' Up

Who is America? Is Telling Us Who to Listen To, and Who To Kick To the Curb 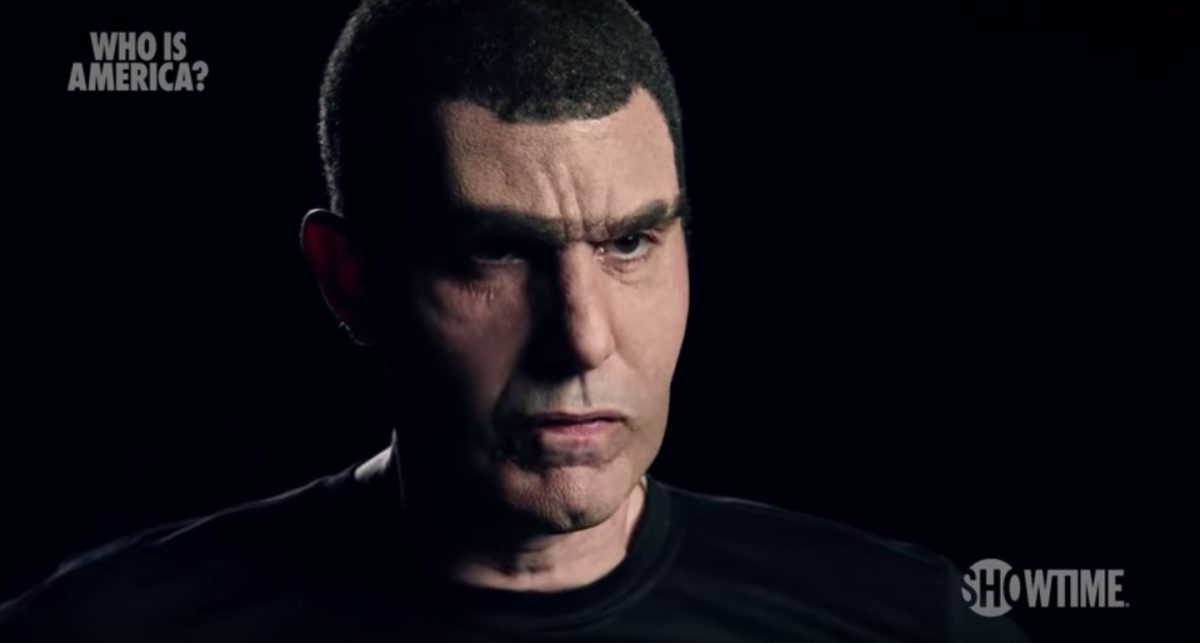 There’s a debate raging about the ethics of Sacha Baron Cohen‘s new venture on Showtime, Who is America?, which hinges on the morality of deceiving people into making asses of themselves on camera. That debate, while worthwhile, misses a huge part of what Cohen appears to be trying to accomplish with his new set of characters.

For years now, Cohen’s tactic of getting into elaborate make-up and costume to dupe unwitting victims has delighted and intrigued audiences. But there’s one significant difference between this piece and Borat or Brüno: Cohen highlights the people who aren’t getting fooled.

Cohen takes care to put his less “successful” segments into the show to illustrate who really didn’t fall for his schtick. Bear in mind that these are people from all sides of the political aisle: Rep. Matt Gaetz (R-FL) – a guy, mind you, I am incredibly loath to defend because I think he’s an incurable moron (see this interview in which the fantastic Chris Cuomo takes him to school) – shuts down Cohen’s character Col. Erran Morad about supporting a fictional Israeli program which puts guns in the hands of preschoolers. Sen. Bernie Sanders (I-VT) (also not my favorite person, but certainly no idiot) clearly isn’t getting duped by Cohen’s Billy Wayne Ruddick, Jr., founder of truthbrary.org, trying to make the case that all Americans should be moved to the one percent. Why go to such lengths to ensure that segments with politicians who aren’t fooled are kept in the show? There’s no comedic value to it – it even gets pretty awkward for Cohen.

To make this idea even more clear, Cohen — in addition to politicians — interviews a storied journalist who completely shuts him down. That reporter is longtime Nightline host Ted Koppel, who even goes so far as to say, “This is a waste of time.”

Cohen made sure that part stayed in. Why? Because reporters are sleuths by trade; they do the work of sussing out the bullshit. And Koppel had Cohen’s number almost immediately.

In this way, Cohen is supporting those who are doing the work which this administration is so determined to shut down. He is deliberately setting himself up as “fake news” to see who will expose him, and some people are definitely exposing him.

Just as importantly, some people definitely aren’t: most notably, former Vice President Dick Cheney, who signed a “waterboarding jug” for Cohen’s Morad character; Virginia Citizens Defense League President Philip Van Cleave, who filmed a commercial for toddler-friendly guns that is the stuff of nightmares; and Georgia Rep. Jason Spencer (R), who resigned in shame after dropping his pants and shouting racial slurs because he thought it would protect him from terrorists. Cohen demonstrates that these are the people who are falling for his traps, so you shouldn’t fall for theirs.

If you watch Who is America? – and you should – keep an eye out for the people who call foul on Cohen. They are the ones who, hopefully, best answer the show’s titular question.