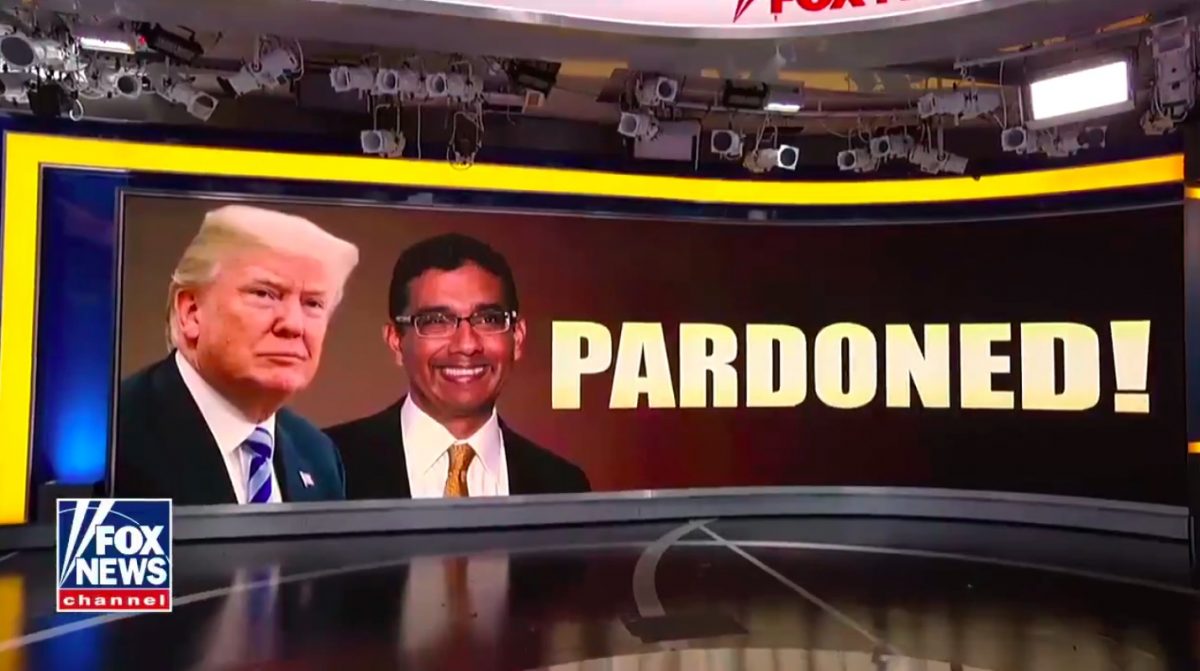 It is rather rare that just one issue can expose so much about who a public figure really is and what makes them tick. However, via his pardon policy alone, we now have enough data points for us to determine just about everything we need to know about President Donald Trump.

So far, Trump’s most high profile pardons have been of Joe Arpaio, “Scooter” Libby, Jack Johnson, and Dinesh D’Souza. He is also said to be considering similar presidential reprieves for Martha Stewart and Rod Blagojevich, and has taken “counsel” on another possible case from none other than Kim Kardashian.

The first thing you need to understand about Trump and pardons is that he is actually on pace to use his ultimate power far less than most modern presidents, though he has done so in ways which have created, possibly by design, more publicity than most others. Though it should also be pointed out that most presidents, for both good and bad reasons, have the decency to wait until the end of their terms to unload the swampiest of their pardons.

The conventional wisdom, which is almost always wrong, is that Trump’s pardons are being driven by some multi-dimensional chess playing with regard to the Russia investigation. The thinking here is that Trump is sending a message to those under pressure from Robert Mueller to stay strong, as he will take care of them in the long run. There is also the theory that Trump is working to subliminally undermine confidence in the federal justice system so that if/when he faces charges that doubt in the case will already be built in — much like how O.J. Simpson’s lawyers used the LAPD’s reputation.

While I have no doubt that, just as his increasingly nutty tweeting shows nearly every day, Trump has Russia on his mind and that there may be something to this theory, I have never bought into the notion that he is chess player. Instead, I see him as child who barely knows how to play checkers.

In other words, Trump goes for whatever he thinks is going to give him satisfaction in the moment, with the long term risks or damage of any particular move barely even registering into the equation. Therefore, it seems to me that there are other factors which are inspiring his thinking in this realm.

Obviously Trump loves publicity and creating a stir. Surely that is part of what is motivating parts of his pardon policy, but the specific subjects he has chosen also seem to reveal a deeper reality about how Trump views humanity.

Each one of these was particularly news-worthy because of the celebrity angle involved. Arpaio, Libby, and D’Souza are “conservative” media celebrities. Jack Johnson was a famous boxer who, more importantly, was recommended by Sylvester Stallone (a celebrity famous for pretending to be a boxer). Stewart and Blagojevich were both part of Trump’s “Celebrity Apprentice” franchise. Kardashian is, of course, a celebrity because she is famous.

Even Stevie Wonder can easily see a trend here.

Trump views humanity through the prism that there are two basic groups of people: the rich and/or famous, and everyone else. The first group matters greatly to him, the second means almost nothing.

So, when evaluating the merits of a particular pardon, the facts/logic/justice have almost nothing to do with how much weight he gives to the case. It is the wattage of Stallone and Kardashian’s celebrity which is far more significant. We are now living in a world where it is far more important to have a celebrity take up your cause than for your cause to be just, and Trump is perfectly fine with that.

In addition to seeing the world as split between people who are important (the rich and the famous) and those who are not, he also views humanity as divided between those who are pro-Trump and those are not. In his mind, those in the former group are obviously inherently good people and therefore deserving of special treatment.

Does anyone really believe that Arpaio and D’Souza, neither of whom deserved one, would have gotten pardons of they weren’t extremely supportive of Trump? At least Arpaio seems sincere in his backing of the president, while I am convinced that D’Souza (and especially his current wife) have very little respect for him in real life, but cynically put on a pro-Trump act for commercial gain.

Similarly, Kardashian got her meeting right after her husband Kanye West came out as overtly pro-Trump, and Trump obviously sees Stewart and Blagojevich (who is by far the least deserving of even a commutation, even if Trump had not, hilariously in retrospect, campaigned on “draining the swamp”), though they are both liberals, as being part of his personal “club.” Blagojevich’s wife clearly understands this part of Trump’s phycology, as proven by this bizarre Fox News appearance where she defended a Democrat, who was removed from office by Democrats for selling a Senate seat on tape, by attacking two Republican law enforcement officials, all in an overt appeal to Trump’s ego and self-interest.

The final piece of Trump’s mentality which his pardon policy reveals is that he is greatly frustrated by his complete lack of legislative accomplishments and has gravitated to areas of his job where he doesn’t need to worry about Congress.  I’m convinced that is why he is so obsessed with meeting with North Korea, no matter the long-term danger or costs involved in doing so. Similarly, his pardon power gives him a chance to play the role of King, which is what he really wants to be.

Perhaps the most outrageous aspect of Trump’s pardons is that he apparently isn’t even bothering to go through the normal process of allowing those who secured the convictions in the first place to be heard about why they might be a really bad idea. This is the arrogance of a king who really doesn’t care at all about right or wrong or justice, but who instead just doesn’t want to be deterred from what his very base instincts have already decided was good for him on that particular day.

The pardon power has been abused by many presidents well before Trump, but none have done so in this particular fashion, especially in the middle of their first term. Our Founders shaped this power presuming that a president would only use it for the purpose for which it was created. Unfortunately, they clearly never imagined someone with Trump’s mindset would ever obtain the office.