You’re All Wrong! The Coolest President Is… 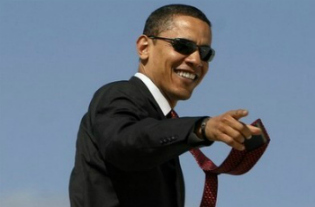 Ever since the president slow jammed the news with Jimmy Fallon on Tuesday evening, much has been made about President Obama‘s supposed “coolness.” Fox & Friends co-host Gretchen Carlson was horrified by Obama’s performance, calling it “nutso” and thus definitely NOT cool. The Five panel blasted the performance as “awful,” with co-host Dana Perino making the case that cool is no longer cool.

And so now everyone (or maybe just cable news panels) is debating which presidents were truly cool.

Which president did The Five deem “cool”? Ronald Reagan.

Sorry, folks. Reagan was about as cool as Lawrence Welk. In short: not cool.

But what about the reigning King of Cool, President Obama? Please. Have you seen how dorky the man looks in a White Sox cap and mom jeans? He may be charismatic but, Al Green impression notwithstanding, he really isn’t that cool.

Let me be clear: calling a president “cool” does not equal an endorsement of his policies. And Greg Gutfeld rightfully pointed out that coolness is not a measurement of competence.

That being said, here are the five coolest presidents:

5. Bill Clinton
Two words: Arsenio Hall. The man played a mean sax, and looked genuinely cool while doing so. Obama may have slow-jammed the news, but it felt like a forced PR ploy. Clinton was a natural. And his charisma gained him the highest end-of-presidency approval rating in 50 years. Yes, he was a womanizer, but there’s no doubt he had some real charm.

4. Grover Cleveland
He was a perennial bachelor. He had a badass Ron Swanson mustache more than a century before Ron Swanson ever existed. He calmly faced down the nastiest negative ad campaign ever when his opponents discovered he may have fathered an illegitimate child. When his campaign staff told him of the brewing scandal, he coolly told them “Tell the truth.” He’s the comeback kid — the only president to lose re-election, and then win on another run four years later. America couldn’t get enough of this man.

3. Andrew Jackson
If there’s anything we learned in public high school American history, it was that President Andrew Jackson threw the most epic parties known to man. Upon inauguration, Jackson held a gigantic party and invited everyone. The result? The White House was trashed, but Jackson held similar events in later years. Gigantic tubs of orange punch, whiskey, and a 1,400-pound wheel of cheese were some of the foods found at Jackson’s legendary parties.

2. John F. Kennedy
There’s the obvious stuff: being young, cavorting with every hot model of the day, being a war hero, inspiring “hope” before Obama made it an obnoxious slogan. His coolness is legendary, inspiring hilarious tributes like this one (NSFW). But the most badass thing about him? During WWII, his boat was destroyed by the Japanese. Despite a painful back injury, Kennedy swam four hours to safety while towing an injured crewman by the lifejacket strap…with his teeth.

1. Teddy Roosevelt
TR took crap from no one. He was a champion boxer and jiujitsu black belt. He reportedly owned a bear and a lion as pets. During the Spanish-American War, he led the historic charge up San Juan Hill entirely on foot. Not convinced yet? Okay, well, then try this: Roosevelt was shot during a campaign stop in Milwaukee, but did he leave immediately and find a hospital? Nope. Instead, he carried on with the speech, gaping bullet wound and all, saying “I don’t know whether you fully understand that I have just been shot, but it takes more than that to kill a Bull Moose.”