As of Now, It Sure Looks Like Robert Mueller Is Effectively Trump’s Best Friend 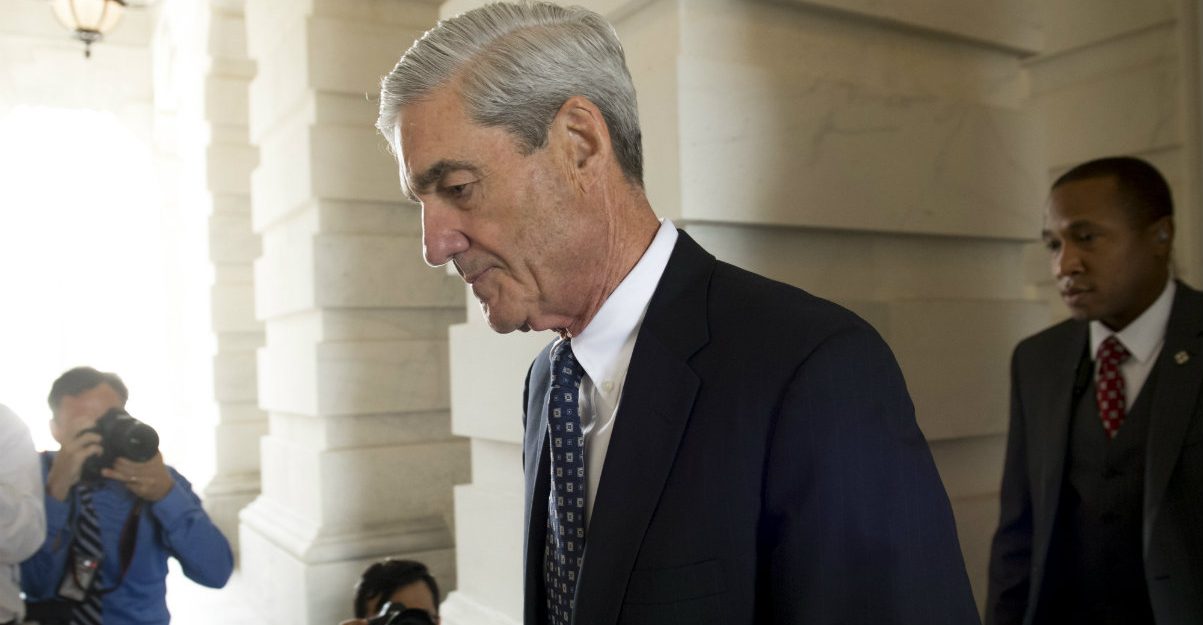 If we still lived in a world where the written world had any impact on public opinion, or even where most Americans were attentive readers of news, there is at least one line in the Mueller report which would be known by virtually every adult in the country.

It is when President Donald Trump is directly quoted as having tellingly responded to then-Attorney General Jeff Sessions informing him that Robert Mueller had been appointed as special counsel, “Oh my God. This is terrible. This is the end of my presidency. I’m fucked,” before then blasting Sessions for having recused himself from the investigation.

If there was video of Trump saying that, every 2020 voter would have seen it by now and there is a very good chance that Mueller’s findings would have had a significant impact on Trump’s approval ratings. But because it was just written down as a quote in a report a tiny minority of Americans, apparently including Republicans in Congress, have bothered to fully read, that extraordinary moment is virtually irrelevant.

In the Trump era, if it is not on video, or at least audio, it simply does not really matter. This is why I correctly predicted that unless Bob Woodward released recordings from interviews for his book on the Trump White House last year, that it would have zero negative effect on the president.

In this context, there are several layers of irony in the remarkably underreported emerging reality that it appears as if Mueller is never going to testify publicly in front of Congress and television cameras. Reportedly, Mueller doesn’t want to become an overtly political figure by being part of what would surely be a shit-show dominated by Republican grandstanding over “deep state” conspiracy bullcrap.

While Mueller’s desire to avoid such a scene is understandable, his apparent unwillingness to endure it on behalf of the truth and justice, is not. At best, Mueller is being colossally naïve. At worst, he is wimping out of his moral responsibility, while enabling and rewarding some very unscrupulous tactics.

Let’s be very clear. The difference in public interest between Mueller testifying in a closed-door session, and him doing so on television, is a lot like the difference between there being a print report about Beyoncé having done a private nude photo shoot, and those pictures actually being published.

Maybe Muller is so “old school” that he doesn’t realize, or care, about what an incredible favor he is doing Trump by not testifying publicly — but he should. For instance, without Mueller being willing to testify publicly, even me, an early and fervent conservative proponent of Trump’s impeachment, would likely change my position and urge Democrats to not even bother because there was no longer any hope for getting a decent majority of the American public to agree with that path.

As a Trump critic who believes that the Muller report is devastating to both Trump and Attorney General Bill Barr, what is most frustrating about this issue is that there was one primary vulnerability to the president’s dastardly, O.J. Simpson-like, scorched-earth “defense” strategy. This was that it greatly increased both the public’s interest in hearing from Mueller while also, oddly, enhancing his credibility since Trump and Barr have inaccurately portrayed Mueller as having exonerated the president.

This is a lot like if Darth Vader had built his Death Star knowing its only vulnerability was if Luke Skywalker was able to fly solo into its center… an then having Skywalker decide that it was just too personally risky for him to even give it a shot.

Of course, the great irony of where this appears to be heading is that this is just the latest in remarkable favors Muller, the guy Trump has spent almost two years defaming, while claiming, with absolutely no evidence or logic (especially after the report’s release) that he was leading a “witch hunt” against him, has done for the president. Here are just a few.

That last point is the moment which should have convinced Mueller that any adherence to the normal rules of engagement are no longer morally justified. We simply are no longer playing by “gentleman’s rules” here.

This is now a war between the truth and lies, and between tyranny and rule of law. If Mueller decides not to testify publicly, he is effectively deciding to allow the bad guys to win that war, without even having to put up a reasonable fair fight.