Trump 'Hates' America More than 'The Squad' Does
Opinion

Based on His Own Words, Trump ‘Hates’ America More than ‘The Squad’ Does 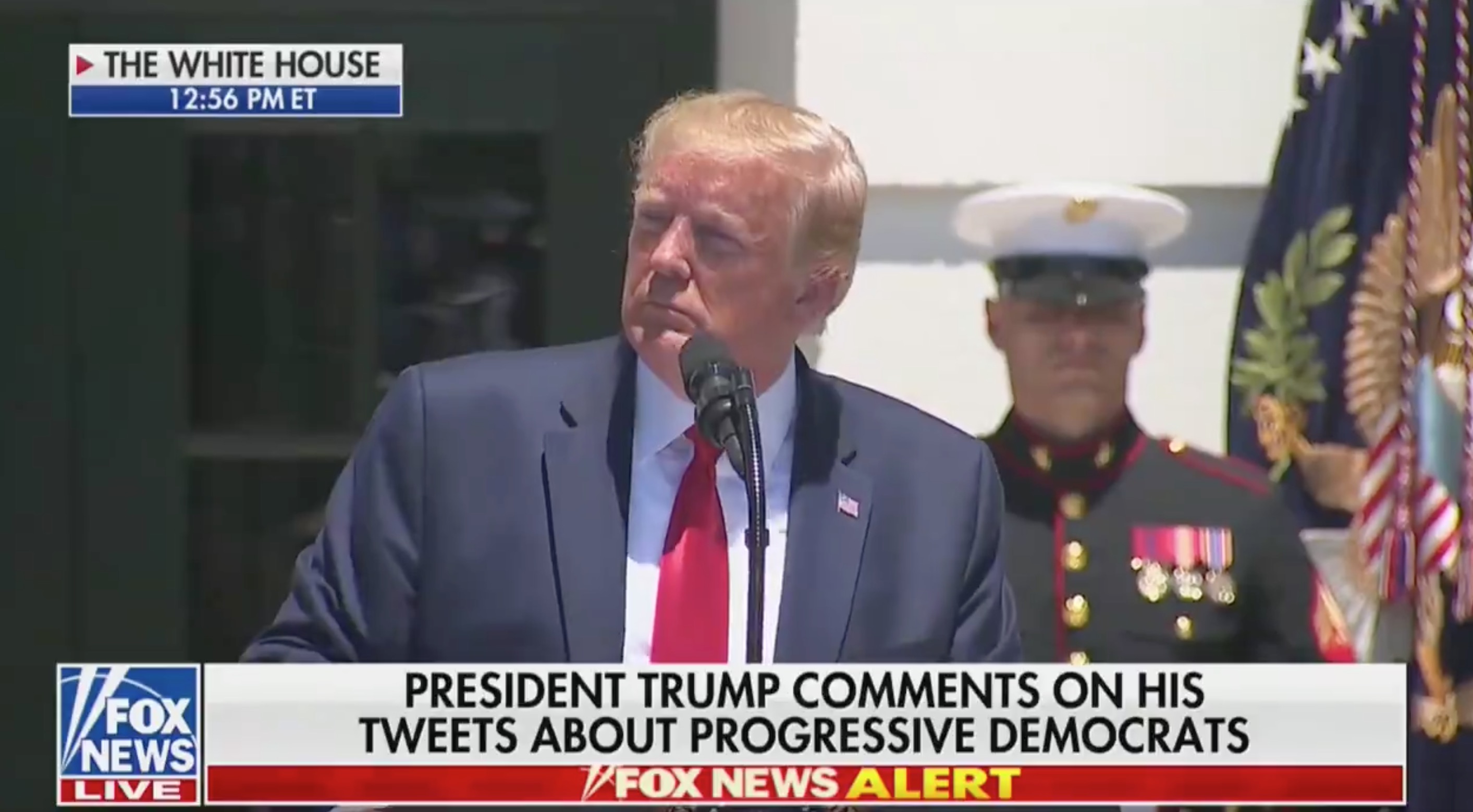 Understandably, most of the media focus on President Donald Trump’s feud with the four progressive women Democrats of color known as “the squad,” has been on whether his attacks on them are “racist.” There is another important issue related to this kerfuffle, however, that deserves some more attention.

Trump has, both on television on Twitter, tried to transform this debate into being about “hating” America with his claim being that “the squad” criticizes our country too harshly and doesn’t believe in our bedrock principles. Since, according to this version of Trump, America is totally awesome, if they don’t like it, they should “go back” to where they came from (which, for three of them, is the United States of America).

While I strongly disagree with many of the squad’s criticisms of America, and their view of where we should be going from here, in a logical world, Trump appears to have exposed himself as a total fraud. After all, Trump’s repeated condemnations of America have been consistent with a view of our country that is at least as negative, if not much more so, than those of the socialistic Democrats he has been attacking for “hating” the USA.

Consider for a moment the following data points, which are just a few of the many things that Trump has said and done which, if they had come from a liberal Democrat of color, he would probably be claiming was evidence of them “hating” America and that they should leave the country.

Politically, it has been frustrating to see Democrats always reflexively react in the same politically-correct “our feelings are hurt” manner to every outrageous Trump comment. That response appeals to liberal emotionality, but does nothing to change the basic dynamic that got Trump elected in the first place.

I have always said that to fundamentally alter the political landscape you must go after Trump’s perceived strengths among Republican-leaning voters (i.e., he is a super-rich, strong, patriotic, conservative leader, when in reality none of that is at all accurate). Foremost among them is the belief that Trump loves America far more than Democrats do, when, in reality, you can use his own standards to make the compelling case that this is not at all true.

Based on Trump’s own words, it is very clear that it is he who really hates America. Unless, of course, he has been lying about all of this for his own personal gain.

At the very least, Democrats should force Trump to pick a lane here. By his own definition, he either hates America, or his entire political persona is a big fat fraud.