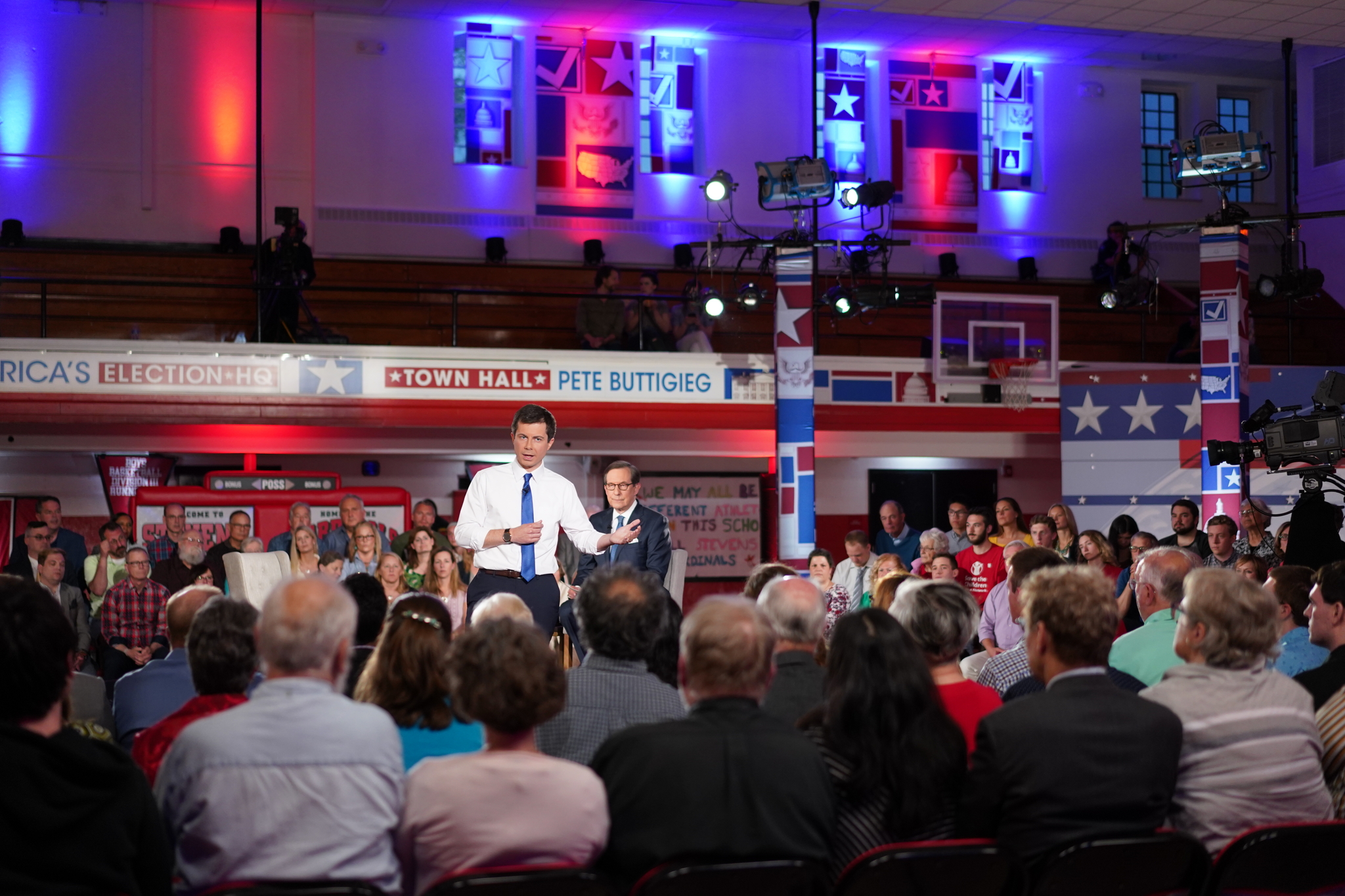 In the wake of Pete Buttigieg’s highly-publicized yet controversial appearance on Fox News, a new poll found most Democrats are perfectly fine with 2020 candidates participating in town halls on the network.

The poll provides yet another example of political Twitter distorting our perception of what the broader electorate actually cares about, and puts some hard numbers behind my theory that participating in these town halls — or boycotting them — is a media play, not an appeal to voters.

The great debate over whether 2020 candidates should dance with Fox News, a network that spends many of its hours demonizing their positions, was sparked by a very public announcement from DNC Chair Tom Perez that the network would be banned from hosting a 2020 Democratic presidential primary debate.

That wasn’t a particularly surprising announcement — Fox News has never hosted a Democratic primary debate, and the RNC would hardly allow MSNBC to host one of its own — but Perez’s splashy rollout made the decision a news story and put Democrats still eager to go on Fox in the hot seat. Perez also cited, as a reason for the ban, Jane Mayer’s explosive New Yorker story on the network’s ties to the Trump administration — but he could have just as easily cited precedent.

Perez was the first but wouldn’t be the last Democrat to take advantage of the Fox question to win a news cycle.

Elizabeth Warren released a statement last week announcing she would not be participating in a Fox News town hall, calling the network a “a hate-for-profit racket,” among other things. There’s no doubt Warren believes this, but the move was also a savvy media play: her statement received blanket coverage, pitched her as leading the 2020 pack, putting her competitors in the position of having to make their own decisions on the network. Kamala Harris followed Warren’s lead, joining the boycott.

Buttigieg, for his own reasons, went forward with his town hall. He released a statement explaining that his decision was based on a desire to appeal to a broader audience. This too was savvy. Buttigieg doesn’t have the name recognition of Warren, Harris, Joe Biden or Bernie Sanders. His town hall with an eminently fair Chris Wallace, watched live by more than 1 million viewers, was impressive. It earned bipartisan plaudits: conservative pundits like Brit Hume praised his polish; liberals were satisfied that he took a torch to Fox News opinion hosts Tucker Carlson and Laura Ingraham on their own network. Granted, Fox News prime time spent the evening after the town hall attacking Buttigieg, but did they really need that excuse to do so? Attacks or praise, Buttigieg was the top story, controlling the news cycle for appearing on Fox News just as Warren had done the week before by announcing she wouldn’t.

When the first voters cast their ballots in the Iowa Caucuses on February 3, 2020, will any of them remember who did a Fox News town hall and who didn’t? I doubt it. And judging from this latest poll, most Democrats don’t see a problem with appearing on Fox News in the first place. Biden, top of the pack, could probably do without an appearance on the network. Release a colorful statement condemning the network, why not?! Kirsten Gillibrand, who has yet to reach the minimum donors required to participate in the debates, is smart to take the platform. She will, on June 2.