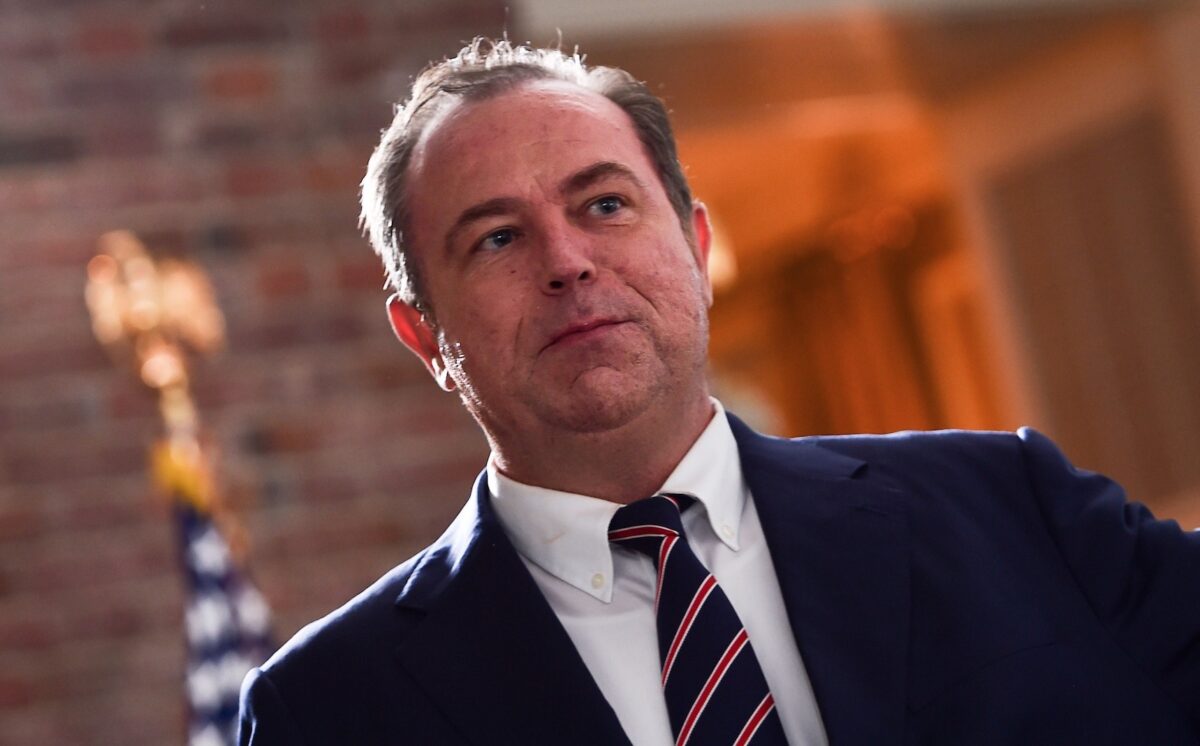 Viewers hopeful that conservative TV network Newsmax will become a new platform for their message after President Donald Trump leaves office may face an obstacle in CEO Christopher Ruddy’s affinity for left-leaning politics.

Conservatives, disgruntled with Fox News as a result of its coverage of the 2020 election, have been abuzz this month with speculation and hope that Newsmax could emerge as a substitute for Fox News in the days ahead. Staffed by personalities including former White House press secretary Sean Spicer and and conservative prime time host Greg Kelly, the son of former New York Police Commissioner Raymond Kelly, its post-election ratings have surged — even as ratings for the larger networks have dropped, including at Fox News.

However, observers suggest, those hopes could be foiled by the network’s top official, who they say is more business-oriented — and more open to a broad ideological spectrum — than many realize.

Ruddy, who worked as an investigative reporter for The New York Post and later for the Pittsburgh Tribune-Review before founding Newsmax Media in 1998 — just two years after the launch of Fox News — has accumulated a rolodex of political contacts during his long career, one that notably includes former President Bill Clinton. “I do consider Bill Clinton a friend, and I think he would consider me a friend,” Ruddy said in a 2009 interview with New York Times Magazine. He shared similarly kind words about Hillary Clinton with The Wall Street Journal in 2015, telling the publication she would “make a great presidential candidate.”

That remark accompanied the news that Ruddy’s Newsmax had pledged, in 2014, to contribute $1 million to the couple’s nonprofit Clinton Foundation. And it wasn’t the only contribution Ruddy made that year to a cause aligned with the left. Records show he also donated $2,500 to Sen. Cory Booker (D-NJ), who was first elected to the Senate in 2012; $1,000 to Sen. Mark Warner (D-VA), who consistently ranks as one of the Senate’s top three richest members; and $1,000 to Rep. Dan Norcross, a New Jersey Democrat first elected to the House that year.

Reached by Mediaite, Ruddy declined to comment on the contributions, but pointed out that Trump as well as Rupert Murdoch’s philanthropic News Corporation Foundation have also contributed to the Clinton Foundation in the past.

“Like Donald Trump, Rupert Murdoch and other business people, I have donated to the Clinton Foundation and a few Democrats, but over 90 percent of my political contributions have been to Republicans, including ones to President Trump,” he said.

The favorable tone Ruddy once struck toward left-wing billionaire George Soros has the potential to strike conservatives as being even more problematic than his past donations.

“For many conservatives, Soros is viewed as a major political opponent,” Ruddy wrote in a 2011 op-ed published on his own website. “But in dealing with such an opponent it’s necessary to fully grasp who this opponent is and what he is really about. After observing Soros for some years now, I have concluded he’s neither evil nor completely liberal. He is, in my mind, a liberal partisan whose own political views don’t fit neatly into any box.”

The role Ruddy’s personal opinions play in shaping his company’s work is not clear, though online Newsmax archives show the organization’s coverage of Soros took a similar tone during the 2020 election. One story, published in July, noted the Soros Foundation invested $220 million “to boost racial equality,” a reference to his commitment to support groups associated with the Black Lives Matter movement. Another, published in April, noted his commitment to donate $130 million to “hard-hit COVID-19 areas” around the globe.

Each of the website’s last five stories about Soros as of late November — the last of which was published in September, two months prior to the election — centered, ironically, on claims by former Fox News personalities Glenn Beck, Dick Morris, and Bill O’Reilly that Fox fails to give Soros enough coverage. While that network evidently did seemingly publish slightly less about Soros in 2020, a search of Fox’s archives suggest the discrepancy was, in part, because Fox did not devote favorable coverage to his philanthropic activities related to the BLM movement or the coronavirus pandemic.

The editorial direction of Ruddy’s network is certain to evolve as it rises in stature, and as it enters a post-Trump era. Ruddy acknowledged that reality in a Monday interview with Adweek, saying, “I think Newsmax’s job is to be loyal opposition, to question the policies, the programs and the people that are coming into the Biden administration. We’re going to take a very careful look at that. I think we were pretty fair with Barack Obama. We were tough on him, but we never called for his impeachment. I think we want to take the same approach with Joe Biden.

“I actually have a fairly high opinion of Joe Biden,” Ruddy said. “I’ve disagreed publicly with President Trump. I’m very pro-immigration; I want a very aggressive, more open immigration policy for the United States. I think it’s really good for the country, and it helps all our futures if we do that. It’s not as monolithic as people make it out to be.”

Despite falling left-of-center on some issues, Ruddy said in a recent interview with Mediaite that he identifies more with the views held by many of his network’s hosts. “I’m admittedly a conservative and generally support the Republican Party, although I’m not a registered one, and I have been a friend of Donald Trump.”

Yet, Ruddy said, he does not want his network to become “Trump TV” — though he also criticized his rival network as “schizophrenic.” Opinion programming on Fox News, Ruddy told Mediaite, has “been totally devoted to President Trump, probably beyond where they should have gone. And then the daytime shows … [were] highly critical of the president.”

Industry experts say they are hesitant to predict what the future holds for programming on Newsmax.

“The Newsmax footprint in the national news landscape has never been big enough to give a full indication of what its content might be like with a more intense spotlight,” Jeff McCall, a professor of journalism at DePauw University, told Mediaite. “Ruddy is a pragmatist unlikely to allow his operation to be a fully ideological platform. Trump allies who want to bend the arc of media progressivism will need a much more comprehensive national strategy than just trying to take over one particular media outlet.”

In a New Yorker interview published Tuesday, Ruddy suggested Newsmax puts at least some emphasis on coming up with content that will turn a profit.

“I would never do something that I thought was wrong or untrue,” Ruddy said, speaking in reference to his organization’s coverage of the president’s claims of voter fraud. “I didn’t create the news cycle … Donald Trump did. He created this whole thing. He could have accepted the results, but I’m saying, ‘Look at the amazing stuff that’s done for the news business.'”