Every Woman Has a Chris Dodd — A Man Whose Reported, Petty Grudge Imperils Kamala Harris’ Shot at Being Vice President 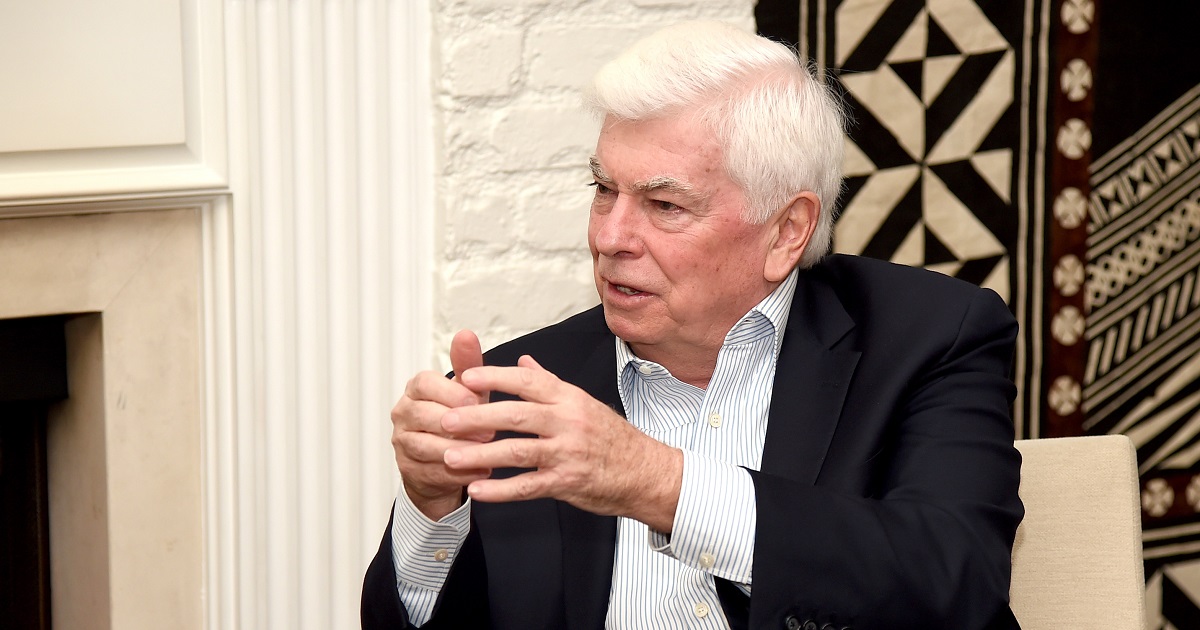 Every woman has a Chris Dodd. Black women experience a double dose of damaging Dodds, having to overcome both racist and sexist attitudes harbored by powerful men in order to get ahead in their careers.

What is a Chris Dodd? Literally speaking, a former United States senator and lobbyist who has been selected to co-chair the vice presidential vetting committee of Democratic Presidential nominee Joe Biden. But on the heels of a Politico article on the veepstakes in which Dodd’s grievances, and frankly vendetta, against Senator Kamala Harris are aired out through back channels, it is clear that Dodd represents much more.

According to the Politico report, Senator Harris’ offense was failing to show Dodd sufficient deference and “remorse” for having the audacity to compete in a Presidential debate; and — God forbid — laughing.

Never mind that it was a bruising primary battle that landed then-Senator Joe Biden the selection as then-Senator Barack Obama’s number two on a ticket that landed them both in the White House. Obama wisely chose to let bygones be bygones, but Dodd is no Obama. For women, that sort of grace, mutual respect, and bygones standard is often in short supply.

Dodd reportedly told a Biden donor that he was “stunned” by Harris’ reaction to questions about their exchange at a June debate. “She laughed and said, ‘that’s politics.’ She had no remorse,” Dodd allegedly said.

He might have been less stunned if he’d watched Senator Harris deliver an identical response out in public during an interview with Late Show host Stephen Colbert in June. “It was a debate!” she told Colbert, laughing at the suggestion that anything different would be expected of her.

But an incensed Dodd has apparently taken it upon himself to ensure that Harris does not get selected for the role of vice president. To add insult to injury, Dodd’s anti-Harris push includes implicitly casting alternatives to Harris as what he apparently believes to be appealingly unambitious and essentially subservient enough to be a better fit for the role he envisions.

Whether or not Dodd successfully blocks Harris — a leading contender as the highest-ranking Black woman in government with unassailable qualifications as the former San Francisco District Attorney, California Attorney General, and second Black woman United States Senator — from a spot on the Democratic Presidential ticket will be revealed in less than a week when Biden announces his pick. However, for many of us, the damage from encountering a Chris Dodd in our careers has already been done.

Figuratively, a Chris Dodd is a man that is elevated to kingmaker despite being particularly ill-equipped to be vested with such authority based on his past behavior. In the Me Too era, a man who was once accused of a “waitress sandwich” that involved an alleged assault on a woman at her workplace has no business as the co-chair of a committee vetting all women candidates. If the reporting is accurate, Dodd has exhibited the exact kind of contemptuous and sexist attitude towards women one would expect from a man with his history.

A Chris Dodd is a man who finds no irony in judging a woman’s trustworthiness and impugning her character despite the blemishes on his own record. Beleaguered by a “cavalcade of scandal,” ranging from an investigation into alleged sweetheart mortgage deals from Countrywide to lying about inserting an amendment allowing certain AIG bonuses to be doled out, Senator Dodd declined to run for re-election in 2009.

According to Politico, Dodd is pushing the narrative that Senator Kamala Harris is untrustworthy. How ironic that as Dodd violates what is supposed to be a sacred and discreet process, he unfairly levels accusations of disloyalty and untrustworthiness. Dodd’s divulging of confidential discussions to chatty donors, who furthered the violation of trust by speaking with reporters, is far more scandalous than a competitor landing a clean punch on a debate stage.

A Chris Dodd is a man that projects his own resentment over being questioned about inappropriate remarks, and retaliates. In 2004, then-Senator Chris Dodd was lambasted for his effusive praise of Senator Robert C. Byrd.

Despite the fact Byrd was a former Ku Klux Klan member who later as a Senator filibustered and voted against the Civil Rights Act, Dodd stated “I cannot think of a single moment in this nation’s 220-plus year history where he would not have been a valuable asset to this country”.

It is no wonder that Dodd is disgruntled at the notion that ahistorical praise, even for those who have denounced their earlier views and actions in life, is inappropriate and harmful.

Chris Dodd is the man every woman has encountered in her career. He is the boss who is unimpressed when a woman suggests an idea, but suddenly warms to it once it is uttered by a man — or magically comes out of his own mouth.

He is the boss who tells a woman with a straight face that she hasn’t proven herself for a promotion as he promotes the less qualified man she trained.

He is the boss that, if he does promote a woman, still pays her 81 cents on the dollar.

He is the peer who characterizes a perfectly sensible reaction from a woman as hysterical, upset, or emotional.

The most troubling Chris Dodds women encounter are the ones they never know. The ones who give you no overt indication of animus, yet their presence on your interview panel, determining your performance review, or weighing in on a much-deserved promotion mysteriously result in you coming up with the short end of the stick.

If the Politico reporting is accurate (in response to fallout Dodd has since attempted to distance himself from the remarks), then Dodd has debased the vetting process and proven why he is unfit to be entrusted with one of the most significant and closely watched vice presidential selections in recent history. The indifference to Dodd’s repugnant actions and the lack of a swift and accountable response is indicative of the way women are retaliated against by the Chris Dodds with impunity.

It is shameful that what began as another potential historic selection has devolved into trial balloons via Politico articles from warring factions where arrogant, fragile men attempt to upend or elevate women based on their perceived subservience rather than strength.

How Biden’s vetting process ends and a decision is reached will send an important signal to women everywhere. Will Biden’s decision mark the dawn of a new day where the dereliction of the Chris Dodds is rebuffed rather than rewarded, or will it signal more of the same?

Reecie Colbert is a political commentator and the Unbossed & Unfiltered founder of Black Women Views Media. You can follow her on Twitter at @BlackWomenViews.