How Gavin Newsom and the News Media Defeated His Recall, And What It Means For America
Opinion

How Gavin Newsom and the News Media Defeated His Recall, And What It Means For America 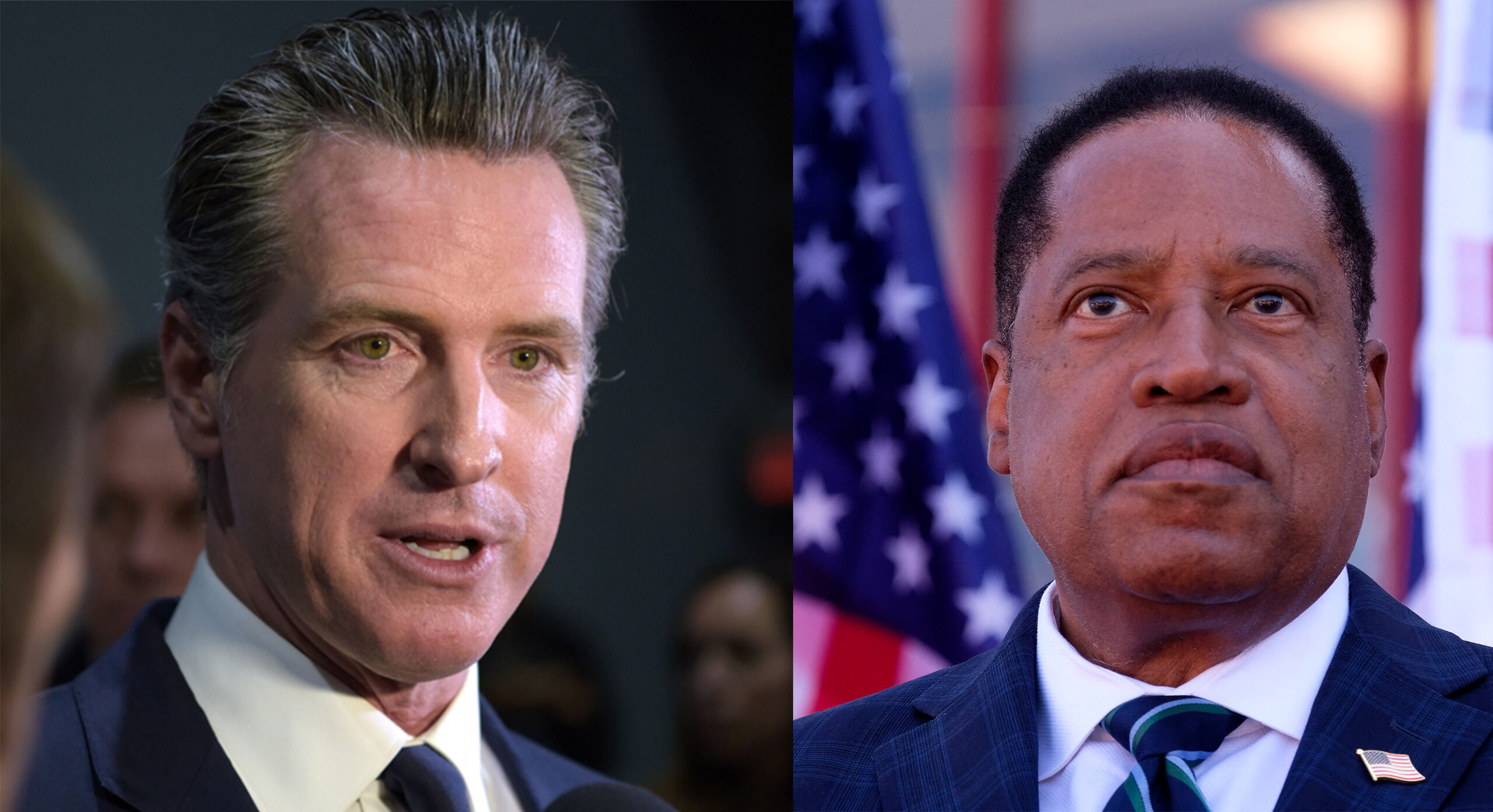 Back when it appeared that the vaccines had effectively ended the pandemic, I confidently predicted that the recall election of California Governor Gavin Newsom, which I strongly favor, would fail rather dramatically.  Then, when it became clear that a fourth Covid wave was hitting California — despite being one of the most restricted and vaccinated states — and the polls greatly tightened, I wrote that, while it was still a longshot, Newsom was at least vulnerable to being removed.

Now, with the recall election ending tomorrow, it is clear that Newsom has indeed survived, maybe by quite a safe margin. My final prediction is that when all the mostly mail-in ballots are finally counted, he will beat the recall by at least 9 to 12 points. He will then, very inappropriately, use the vote to claim a mandate to resume his overtly dictatorial and grossly undemocratic one-man rule over California.

What happened here is actually fairly simple and should — but will not — serve as an incredibly important lesson for Republicans as they start to consider who should be their 2024 presidential nominee. When it became clear that Newsom was in trouble because the recall was being seen as a referendum on him, he and his strong allies in the news media — just as I warned — scared the heck out of enough frustrated voters by making pro-Trump radio talk show host Larry Elder the face of the “Republican recall effort.”

If the recall had remained purely an up or down on Newsom (which probably only could have happened if no strong Republican had become the clear frontrunner in the secondary portion of the election) the results of this vote would still be very much in doubt. And had the news media done a remotely fair job of covering his handling of Covid, especially with regard to the closing of schools and forced masking of our children in classrooms, he would be set for removal, thus causing a huge political earthquake in the rest of the country.

However, when Elder unmistakably became the person who would replace Newsom (for only a year and with Democrats still in total control of the legislature), the recall suddenly became primarily about him and Donald Trump. All Newsom and his teammates in the news media needed to do was to show a photo of Elder and Trump together giving mutual thumbs up, and then viciously destroy his credibility as a Black man, to cause about 10% of the electorate in this very liberal state instantly flip their votes against the recall itself.

In a rational world, this very obvious chain of events that further exposed the incredible toxicity of Trump, would make a huge number of Republicans question the wisdom of nominating the twice-impeached former president in 2024. However, because the conservative media will be terrified to tell this story, the results will instead be spun as proof of how hopelessly out of control looney California has become.

The ramifications of Newsom not being recalled will be profound. Given that he is a power-hungry megalomaniac who, thanks to a completely complicit news media in this state, has never given up his “emergency” king-like powers, it is a good bet that he will vindictively punish us for daring to hold him accountable for his grotesque overreach during the pandemic. Because his base loves them while his enemies hate them, more mask and vaccine mandates are likely to come our way, with no foreseeable end, regardless of how ineffective or morally illegitimate they may be.

To be clear, for Newsom to claim a “mandate” from this process is beyond absurd. Given his extreme advantages in voter registration, the power of incumbency, money, and highly favorable media coverage from every single communication outlet except talk radio, it would have taken a near miracle for him to be removed. But he will get away with claiming vindication for his Covid polices because the news media, which is similarly deeply invested in not having been very wrong for the last year and a half, will be thrilled to share in his alleged exoneration.

The rest of the nation may think that Newsom surviving is of no real consequence to them, but that is a naïve viewpoint. Make no mistake, had Newsom lost it would have ended the era of the extreme Covid restrictions, probably forever, as every Democrat in the country would have wet themselves in fear of the coming voter backlash. Now, with the recall losing by at least a comfortable tally, President Joe Biden and Blue-state governors will have their confidence restored that they can get away with almost any act of tyranny in the name of “public health.”

Recalling Newsom would have given California one final shot to escape its tailspin into becoming a totalitarian socialist state, while providing America a unique chance to remove itself from the quicksand of this never-ending Covid insanity. One day, it will be abundantly clear that both this state and the nation regretted having squandered this critical opportunity to fight back fascism before it became forever an integral part of “woke” doctrine.