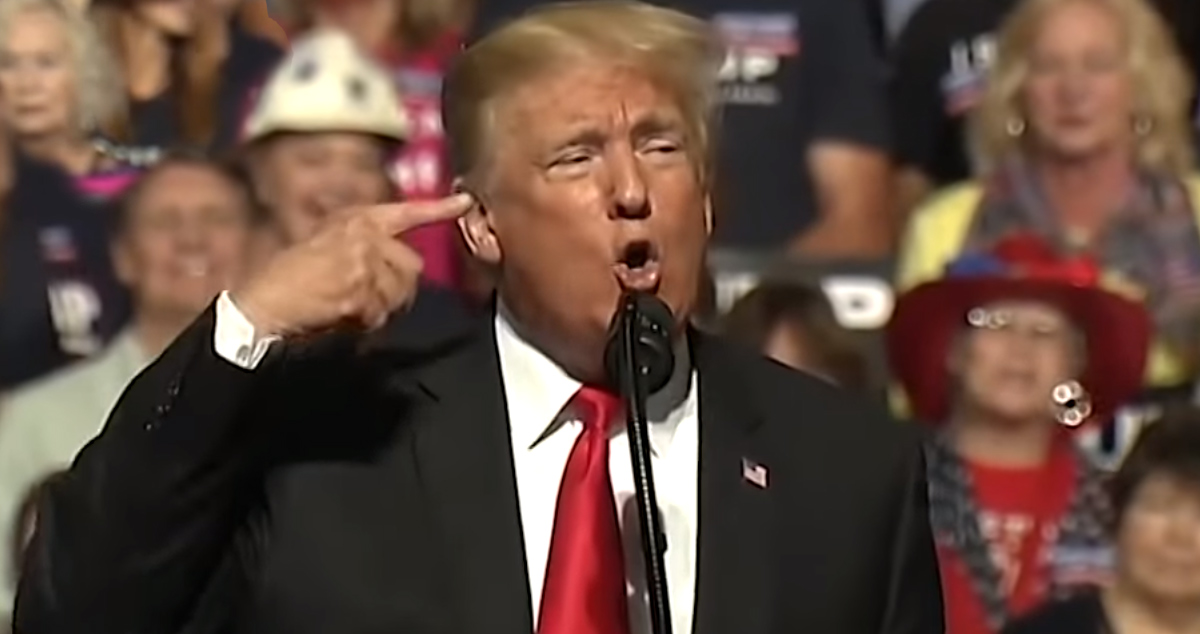 The Daily Beast is worried about Fox News Channel speculating baselessly about the health of former Vice President and current senior citizen Joe Biden, who is running for the highest office in the land and, for the moment, leading the pack.

On Twitter, Daily Beast editor Sam Stein tweeted about it, sharing the article from his website, as editors are wont to do.

That article tweet was, in turn, retweeted by CNN’s Brian Stelter, with a comment from Biden’s team.

Biden camp says “these are baseless lies meant to stoke fear in their viewers. It has no place in our public discourse, and anyone amplifying it bears some responsibility for giving it legitimacy it most certainly does not deserve” https://t.co/Eg6smwzTES

The article in question says this:

In the news business, it is considered irresponsible to spread baseless, potentially damaging rumors about public figures. Even Fox News briefly suspended Judge Andrew Napolitano in early 2017 after he made the unfounded claim on-air that British officials helped President Obama spy on the Trump campaign. Beyond news personalities, the American Medical Association considers it wholly unethical for physicians to speculate on public officials’ health without having personally examined them.

Look at that last line. Now look at this tweet and article which indulges such “wholly unethical” behavior from physicians as they “speculate on public officials’ health without having personally examined them.”

These top 27 shrinks think Trump might actually be nuts https://t.co/TV7rnIarHK

Or better yet, this one, which is a sort of follow-up to that one:

How close is Donald Trump to a psychiatric breakdown? https://t.co/FTcHjGNOYw

It’s spooky how pertinent this is. Check out this line:

Our question: Will the president approach a psychiatric breakdown before, or after, he fires Mueller?

Kind of speaks for itself. And this is also from Stein’s The Daily Beast. It not only indulges mental health professionals speculating on the president’s mental health, it extensively and favorably presents their argument against the existence of the very professional standards which they used on Monday to denigrate Fox.

It presents the ethical standard with a dismissive air, even putting “rule” in scare quotes and implying it is old and out-dated and complaining that it was created by “a trade organization” – the least medical sounding way to put it – forever ago “before the internet even existed.”

The writer, from the same Daily Beast which Monday intoned about the rules, in the March article induced a doctor and former head of the association to simply ignore them: “Notwithstanding the above, when asked if he had ever seen or heard a candidate for the presidency who was as grandiose in stating his unique self-importance, he said: ‘Not [in] an American candidate.'”

They even got that doctor to say Trump is medically and manically a match for Mussolini. Wasn’t there just a big freak-out about comparing people to Mussolini?

The article goes on to favorably present, at length, the case against preventing medical professionals diagnosing Trump through the TV rather than in person, positing it as a violation of free speech, calling it a “gag” order, scare-mongering about nuclear codes. Seriously, go read it, it does that.

Mika and Joe want the attention back on Trump’s emotional health & his fitness for office. https://t.co/j38tVbeiKa https://t.co/h0FEF22lx9

We found tons of examples of such discussion throughout the news day and over the years on CNN. Obviously the Daily Beast and many other outlets, too, have asked this question — not just asked, speculated about — the president’s mental state.

Hillary Clinton’s health was questioned over and over in 2016, even from the debate stage thanks to Trump. Monday’s Daily Beast article decrying Fox News mentions that, and also mentions that people have been questioning Trump’s health recently. Though, for some reason, they don’t name The Daily Beast among those doing the questioning and speculating. Hmm.

It hardly requires mention to recall that John McCain’s mental and physical health, his age, and his ability to perform a full work day, were belabored as topics in 2008. He was endlessly contrasted with the hale and vigorous young Obama.

Actually, wait, let’s take half a tick to talk about McCain. On Monday night, after this Mediaite story was filed but not yet published, CNN published an article from Chris Cilizza on this very topic, which they naturally also tweeted.

Here’s a pious and affronted excerpt from that article, which you can find in full here.

These attacks clearly are designed to raise questions in voters’ minds about electing Biden, who would be 78 on Inauguration Day 2021. That would make Biden the oldest president elected to a first term, breaking the record of — you guessed it! — Donald Trump, who was elected at age 70. Which makes the he’s-too-old-to-do-the-job argument a little tin-eared.

Again, note that last sentence. “Tin-eared” is an interesting choice here, in an article where CNN is criticizing the idea of questioning whether advanced age could be detrimental to the fitness of a president. After all, like Fox News now, CNN covered that very question when John McCain was running.

This one is my favorite because it also includes a mental health jab: “John McCain needs what Kinky Friedman calls ‘a checkup from the neck up.'”

There was Bob Dole before that. Ronald Reagan before that. Isn’t it weird how it’s okay for some people but not for others? If only there was some way to pin down the factor in common. What a mystery!

Still, it’s true that the health of a sitting politician or one running for office is important. As a political expert once said: “For real, the public does have some right to know the health of their presidential candidates before voting on them. It’s no small matter.”

Who was that? Oh yes, I recall. It was Sam Stein.

You could of course argue there is a difference between speculation and simple reporting.

Joe, that is false. I have not said that. I have always distinguished between “Q’s about her health” and “conspiracy theories”

I have said on several CNN programs that there should be MORE reporting on her health. VS “death bed” conspiracy theories

That sounds right, doesn’t it? Good reporting not bad theorizing? But wait! Maybe instead of differentiating and making responsible judgment, we should not only encourage speculative diagnosis but actually alter the manner in which someone is covered by the media based on that speculation?

When @gtconway3d says all Americans “should be thinking seriously *now* about Trump’s mental condition and psychological state,” he’s also suggesting a different way to cover the president. He’s saying all of the dots are connected… https://t.co/Bj9DW5QrRw

Monday’s Daily Beast article authoritatively references professional medical association rules about diagnosis from afar, with no mention of any objections, when criticizing Fox News. But when it’s about Trump they cast doubt and aspersions on those same rules, in order to put the people armchair-diagnosing Trump in a favorable light.

You see? Fox is the bad heretic ignoring wise medical community morals. People trashing Trump are, on the other hand, responsibly rebelling against an unfair gag order.

It’s the same ethical constraint in both articles!

And while CNN and friends are in high dudgeon about Fox’s “theorizing”, George Conway’s tweets are not merely covered as newsworthy (which they are), but used to form a theory of Trump et al and how to cover him. Stelter’s March newsletter (from above tweet) presents the argument that one should cover all of Trump’s actions in the context of his “mental condition and psychological state.” It’s written under the rubric of “George Conway suggests” but he poses it without qualifiers about diagnoses or ethical constraints or even caveat.

Fox’s Brit Hume, just to pick on one commentator, said Wednesday that it’s “beyond me” why Trump gets in “petty disputes.” I hear this kind of thing a lot on cable news. “WHY?” Well, Conway is offering an explanation. He tweeted Wednesday: “What really matters — who cares about me — is how many people have now reviewed the diagnostic criteria for Narcisisstic Personality Disorder?”

The operative factor here, as is so often the case, is that it’s not wrong in principle to do these things, it’s just wrong to do them to certain people. You know, the ones who don’t deserve it. It’s not CNN’s fault those are always Democrats right? RIGHT?

But maybe what determines the difference between those two things should be the manner in which it is reported and not the little letter in parentheses behind the person’s name? Or is thinking it shouldn’t be partisan just… crazy?