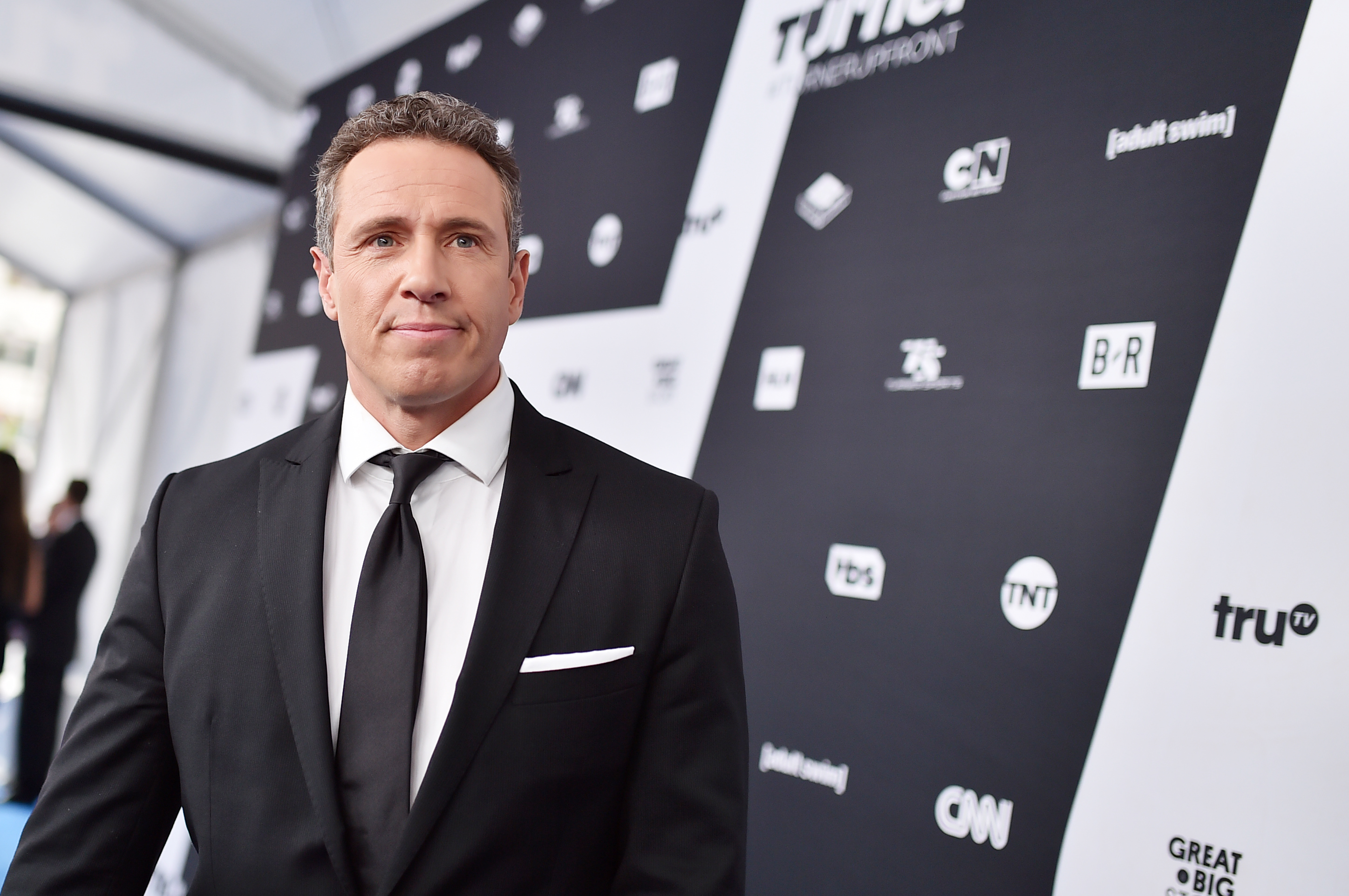 Earlier this week, CNN’s Chris Cuomo made himself the butt of many a joke when he threatened to “fucking ruin” someone’s “shit” for calling him “Fredo,” the turncoat brother in the classic The Godfather. This isn’t the first time the news anchor has shown off the “bro-y” side of his persona, but it is the first time it could be seen as anything other than harmless.

By convincing himself he was a victim, Cuomo justified his outsized, rage-filled response at that moment. Then again, what really is the purpose of Cuomo’s infamous rippling musculature if not to act a strongman when a “punk” crosses him?

“Punk-ass bitches from the right call me Fredo,” Cuomo shouted at a heckler. “They use it as an Italian aspersion. Any of you Italian? It’s an insult to your fucking people. It’s like the N-word for us.”

“I’ll fucking ruin your shit. I’ll fucking throw you down these stairs like a fucking punk,” was another highlight, hurled at a man who called him a movie character.

Cuomo did admit fault — “I should be better than what I oppose,” he tweeted. CNN, on the other hand, offered no contrition, instead fully backing the temper tantrum of their hard-hitting news journalist.

“Chris Cuomo defended himself when he was verbally attacked with the use of an ethnic slur in an orchestrated setup. We completely support him,” CNN Vice President of Communications Matt Dornic tweeted. CNN completely supports someone shouting violent threats at a stranger. Now that’s new.

Not only did Cuomo cross a line by equating a quaint insult with one of the more offensive and racist words in the English language, but he also transcended from the masculine territory into the toxically masculine territory. Toxic masculinity and fragile egos, of course, are very often a package deal.

Cuomo has not tried to hide the fact that he spends a decent number of his waking hours throwing around heavy weights, even once airing a video of himself lifting at the gym on his primetime CNN show — while he poked fun at colleague Don Lemon’s workout routine.

“Have you no shame, Mr. Cuomo?” Lemon said of the hilariously shameless workout clip, later adding “I don’t have anything to prove,” when Cuomo laughed as he put up a video of Lemon playing tennis for exercise. “No one loves Chris more than Chris,” Lemon added.

Cuomo has not tried to hide the very distinctive biceps he’s worked so hard on. Buzzfeed News published an article in 2017, “People Are Thirsting Over CNN’s Chris Cuomo Wearing A T-Shirt While Reporting From Florida.”

And his Instagram feed is overwhelming with gratuitous bicep shots, which upon research (Insta-stalking) seem to have become much more common within the past year:

It’s time to celebrate! It’s the big boss’ birthday!! He’s a good man and a gift to us all here at #CuomoPrimeTime – here’s some photos of him and his beautiful family as he’s enjoying some well deserved time off with them today! Wish him a happy birthday with us! ??? (Don’t be too mad I posted these Mo! —??‍♀️Rose)

Huge fluke. But no mistake :) This one did NOT go back. Like 7 lbs plus! As you see in next pic: grill time! Peaches up top. Asparagus in foil and some stuff for non fish folk. Curry and oil on fish. Fed 10! Was a little tough to keep moist all through because it was so thick. Amazing day on water. Awesome to feed folks with catch. Tons of fun. Hope you had a great weekend. Time to grind. #letsgetafterit

You’re going to see some videos taken today at the border that may upset you – but you need to know that this news is not new. We are covering it at 9pm #LetsGetAfterIt #CuomoPrimeTime

Though they do little to mask his vanity, I can’t say I’m particularly mad about Chris Cuomo’s bicep shots. And per the Buzzfeed article, many seem to agree.

But until Cuomo’s expletive and threat-ridden rant, he could’ve passed for a just another assertive New Yorker. It was in that moment, though, with a belligerent expression of violence as power, that Cuomo crossed the Rubicon from masculinity into toxic masculinity.

Many on the right and left mistake the two. Even Fox News’  Sean Hannity, no supporter of anything related to CNN, issued a defense of Cuomo, likely rooted in what he saw as simply a display of manhood.

A New York Post article said best what many lament as the decline of masculinity: “This is the noble side of masculinity that we once would perpetuate in folklore and stories passed down from father to son about what it means to be a real man,” the Post article said. “But in the new era of ‘toxic masculinity,’ young men are taught to ignore their heroic instincts and learn to be weak. They are instructed always to be on guard against the monster within.”

But even the Post article admitted, “Cuomo’s sin is not that he threatened to throw a heckler down the stairs but that he tried to appropriate victimhood for himself.”

I might dispute the first half of that line: threatening to throw a stranger down a flight of stairs is not exactly virtuous. Cuomo is a highly respected public figure who was out with his family when someone he had never met before called him the name of a movie character. The encounter should’ve been grounds for anyone to ignore and walk away, but even more so for that of a public figure. But Cuomo, a man of a thousand bicep shots, felt compelled to assert his dominance over someone he would likely never see again.

Cuomo doesn’t truly deserve any discipline over the incident. He’s issued an earnest apology which rightfully owned his role and included a pledge to do better. Kudos! This incident isn’t anywhere near a rare occurrence in the civilian world of fragile egoed bros getting their backs up for no good reason.

This incident does serve to show that many men, regardless of how progressive they may think they are, often follow the trail of masculine assertion into displays of public idiocy. And it almost always boils down to the very same reasons (insecurities?) that fuel so many gratuitous bicep shots.

Again, not that I’m complaining about those.