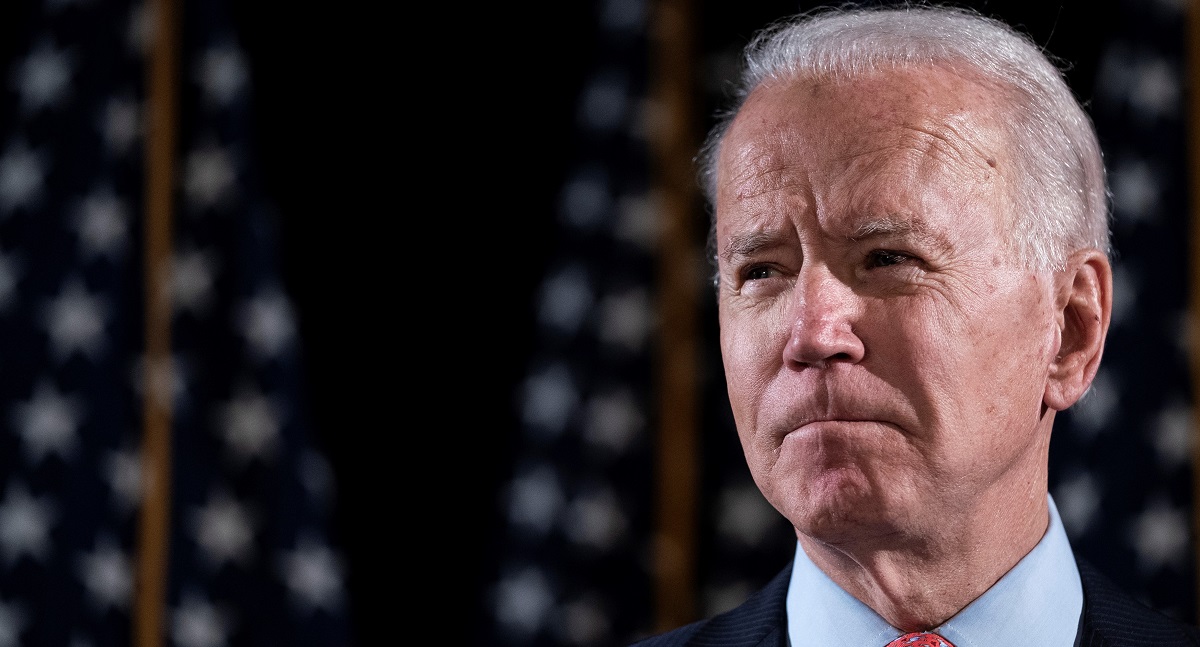 Former Vice President Joe Biden is under rising pressure to respond directly to allegations made by a former Senate staffer, but given his position as the presumptive Democratic presidential nominee, is there even a right way for him to deny this?

Tara Reade’s journey from 1990s Senate staffer to 2019 Joe Biden non-sexual touching accuser to March 2020 sexual assault accuser has been well-documented in multiple online and print publications over the past several weeks. Many see her escalation in March as an indication that Reade, a fervent supporter of Senator Bernie Sanders, fed the new allegation to several Bernie-friendly outlets in a last-ditch attempt to hobble Biden.

There have been copious efforts to untangle and detail the shifting and conflicting claims Reade has made — Salon’s Amanda Marcotte did a particularly thorough early job. On Wednesday, former federal prosecutor Michael Stern presented a very thorough reading of Reade’s allegations and evidence in USA Today, in which he laid out over a dozen reasons why he does not find Reade’s allegations credible.

But this week, the allegation made the species jump from Fox News to regular cable, and on Wednesday night, MSNBC’s Chris Hayes and feminist author Rebecca Traister, engaged in a one-sided and incomplete review of the allegations, in which they each suggested that Biden must respond directly to them.

You can judge Reade’s credibility for yourselves, but Stern’s exhaustive list is compelling. I won’t reproduce it here, but I suggest you read it. Here’s his conclusion, which addresses the #MeToo movement:

I know that “Believe Women” is the mantra of the new decade. It is a response to a century of ignoring and excusing men’s sexual assaults against women. But men and women alike should not be forced to blindly accept every allegation of sexual assault for fear of being labeled a misogynist or enabler.

We can support the #MeToo movement and not support allegations of sexual assault that do not ring true. If these two positions cannot coexist, the movement is no more than a hit squad.

There’s also one detail that Stern’s analysis doesn’t include, because it’s a recent discovery. Online sleuths discovered a passage in a novel written by Reade’s father, Bob Moulton, that sounds somewhat similar to the graphic account she began telling publicly about Biden in March:

After several weeks of flirting with him she spent the night in his room on Bleeker Street next door to the Russian strip tease joint. As soon as he closed and locked the door he put his hands up her skirt grabbed her buttocks slid his hands under her panties spread her cheeks and rammed his fingers into her. In spite of her fear she eventually responded and they coupled on the rickety bed jolting it until its metal legs nearly gave way.

That book, published in 2010, was written well after Reade claims she was assaulted, but long before she publicly accused Biden of the assault or provided similar details. Now, it’s possible she never read her dad’s book, or that she told him about the assault and he decided to turn it into a hot encounter for his book. Those things are possible.

But beyond the detailed skeptical analyses of former prosecutors and popular feminist authors, Reade’s allegations strain credulity based on her own shifting and contradictory statements, and the obvious political motivations, and timeline of her revelations. I have no trouble saying I don’t believe Tara Reade’s allegations.

That’s not really what these demands for Biden to respond are about, though. As Amanda Marcotte pointed out, this has been a bad faith enterprise from the start. Embittered fans of Bernie Sanders tried to weaponize the slogan #BelieveWomen, and that will continue to be the order of the day from every quarter that stands to gain something from peeling the bark from Biden.

This is already evident in the constant drawing of false equivalence between Reade’s allegations and those of Christine Blasey Ford. Oh, so you believed Ford but not Reade? wHy wOn’t yOu bElIeVe wOmEn?

But Ford’s allegations, while difficult to verify (which was the very point of all those hearings) were backed up by, in my view, stronger evidence, and lacked the severe deficiencies of Reade’s claims. That doesn’t stop people of bad faith — from all sides — from perverting #BelieveWomen into “believe all women at all times no matter what.”

That’s been going on since the slogan first appeared, and that will include the mainstream press, in very short order.

Vice President Biden’s campaign has already issued the gentlest possible denial on his behalf, one which went to great lengths to leave the strength of the #MeToo movement intact:

Vice President Biden has dedicated his public life to changing the culture and the laws around violence against women,” said Kate Bedingfield, Biden’s deputy campaign manager and communications director. “He authored and fought for the passage and reauthorization of the landmark Violence Against Women Act. He firmly believes that women have a right to be heard — and heard respectfully. Such claims should also be diligently reviewed by an independent press. What is clear about this claim: It is untrue. This absolutely did not happen.

But what the media will now want, and what they will construe no matter how gently Biden tries to break the news when he is inevitably asked about it, is to be able to say Biden called Reade a liar. The questions will never stop, Biden will continue to be prodded to say that Reade is lying, or her neighbor is lying, or whoever else comes out of the woodwork to say they honestly do love Joe Biden but he’s totally a sexual assailant.

And it’s extremely tempting to say that this sort of political damage is a price worth paying in order that women will be believed by default instead of automatically attacked and doubted — but that’s not even a deal that’s on the table. But even if it were, as Traister even pointed out in her commentary, the tradeoff would be enabling the reelection of a man who is, and will continue to, gut women’s rights for a generation or more.

So what is Joe Biden to do? The instinct of his campaign team, and likely of the political press waiting for their shot, might be to echo Bedingfield, to carefully explain why Reade deserves to be heard, but this didn’t happen and is inconsistent with yadda yadda yadda. It’s the least risky move when it comes to quelling criticism from some elements of his base, but it’s also the sort of response that will prompt ever-more-relentless prodding from the press.

In order for people to accept that Biden is innocent, they must also accept the ugly thing that’s being attempted here. Biden needs to strike a balance between defending a woman’s right to be heard and reacting with appropriate forcefulness. If Biden’s accuser is lying, then maybe people need to hear a liar be called a liar. With the stakes this high, it’s a tough time to test out that proposition.