While the Media Obsesses Over Trump’s Improving Health, They Are Missing His Political Death 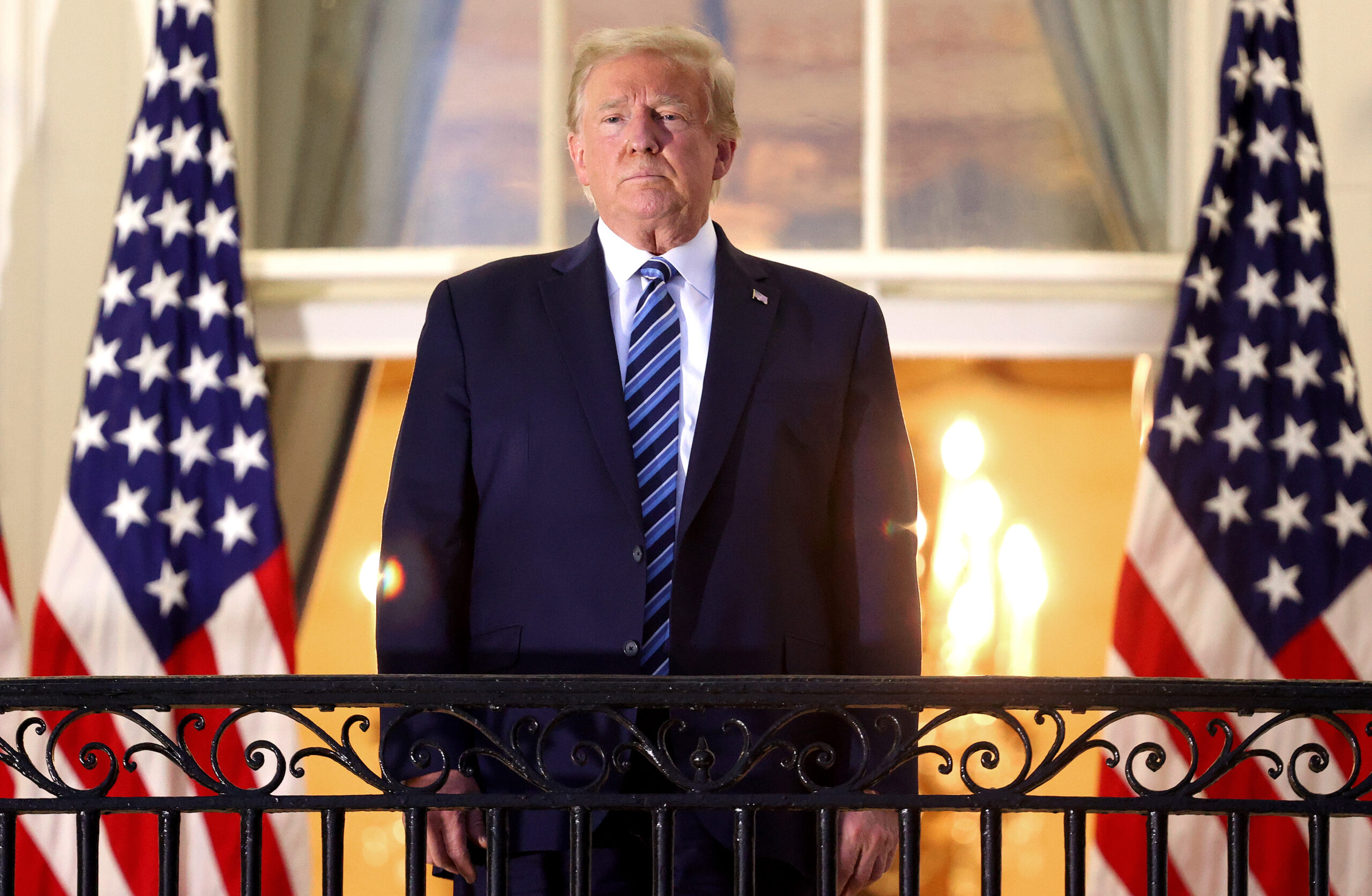 In case you have been in a coma the last several days, the news media has been in a complete frenzy over President Donald Trump and a number of other Republicans contracting the coronavirus. Since the fourth estate has portrayed getting Covid-19 as almost a death sentence for a man of Trump’s advanced age and excessive weight, it hasn’t been difficult to sense at least some disappointment (almost like an Ice Belt kid waking up in January hoping for a snow day from school and finding only a light dusting on the ground) among some in the news media that it appears Trump could be just fine.

While the doctor’s prognosis for Trump’s physical health is good, however, the media has, somewhat understandably, been extremely reluctant to come to any conclusions about the state of Trump’s political life. Trump fans are convinced he is still a lock to win reelection, but the reality is that those prospects are currently on a metaphorical ventilator.

In fact, if any other presidential candidate was in Trump’s electoral position less than a month out from the end of voting, the news media would, if not for their obvious desire to maintain faux drama for the sake of TV ratings and web traffic, have little hesitation in making it clear this contest is very close to being decided. Based on the evidence as of now, there is a better chance that Trump will lose by a significant margin than there is that he will win.

In short, this election has become, partly because the Trump campaign has been remarkably awful at taking advantage of many missteps by Joe Biden, almost a perfect referendum on the Trump presidency. Currently, the spread between is approval/disapproval ratings, and the distance between and Trump Biden in national polls, are effectively exactly the same (minus 8.5).

Obviously, we choose our president based on the Electoral College, but that is a disparity which simply cannot be overcome by fortuitous geography alone. Regardless, Trump has huge problems on the state level as well.

The three states which illustrate this best are Florida, Georgia, and Pennsylvania. A strong argument can be made that Trump must win all three to have a good shot at reelection, but in the average of polls he is losing all three, though even that is NOT the data point which should most concern the Trump campaign.

Not only is he behind in these three key states (I actually believe he will end up barely winning Florida and Georgia), his average vote percentage is anemic in all of them. Polling at just over 44% in Pennsylvania, 45% in Florida, and 46% in Georgia, is not only a weak indication he will ever get to the 49% mark needed for victory in these states, but if his support is that feeble in a red state like Georgia, how the heck is he going to win near mandatory victories North Carolina and Arizona, where his also behind with similarly frail numbers for an incumbent?!

Bizarrely, Trump’s fans and the news media are in similar positions when it comes to evaluating the polls, but for very different reasons. The Trump cult is completely convinced that the polls are “fake news” just like they were in 2016, while the news media is terrified of being catastrophically wrong (as I was four years ago) for a second time in giving Trump his “last rights” prematurely.

There are actually better reasons to believe the polling is artificially favoring Trump, however, rather than working against him (which is the scenario of which Trump supporters are totally persuaded).

You see, not only were most of the polls actually far more accurate in 2016 than the public perceives (as we have learned during the pandemic, most Americans are really awful at math and didn’t realize that when Hillary Clinton was given an 85% chance of winning it meant it was going to be a very close election), but the polling for the 2018 midterm election were also quite accurate. Trump fans seem to have entirely wiped from their memory how badly Trump got routed in 2018, and that was before the Covid lockdown destroyed a rather fantastic economy.

While there are obvious similarities between 2016 and 2020 which give Trump backers an almost comedic level of confidence, there are also many significant differences between these two contests. Biden is not nearly as hated as Hillary was, Trump can no longer appeal to independent voters who are willing to give him the benefit of the doubt by thinking he might grow into the job, demographically the voting populace has shifted slightly against Trump, and this time there will be NO complacency among Democratic voters (which is why Michigan and Wisconsin are likely off the table for Trump this time around).

Finally, there is one other important aspect of the polling which no one ever wants to mention. This is that pollsters are human beings who are very much invested in protecting their own self-interest.

After what happened in 2016, it makes far more sense that they have been bending over backwards in order to make sure they find those “missing” Trump voters, than for them to be seen as making the same tragic and credibility-destroying mistake they did then. Consequently, while the pro-Trump argument that there is a “Silent Majority” out there just waiting to make their presence finally felt at the ballot box is not at all crazy (especially under the unique circumstances of the Covid lockdown and these extremely politically correct times), it would be astonishing for nearly every pollster to put themselves in the position of having their entire industry go the way of Disneyland by being seen as badly blowing this again.

As crazy as this year has been, there will surely be more surprises still to come. But the biggest political question about this campaign will likely soon be shifting from whether Trump will win in 2020, to if he will lose by enough that he actually concedes in a timely fashion, and whether he is still viable as potential Republican nominee in 2024.