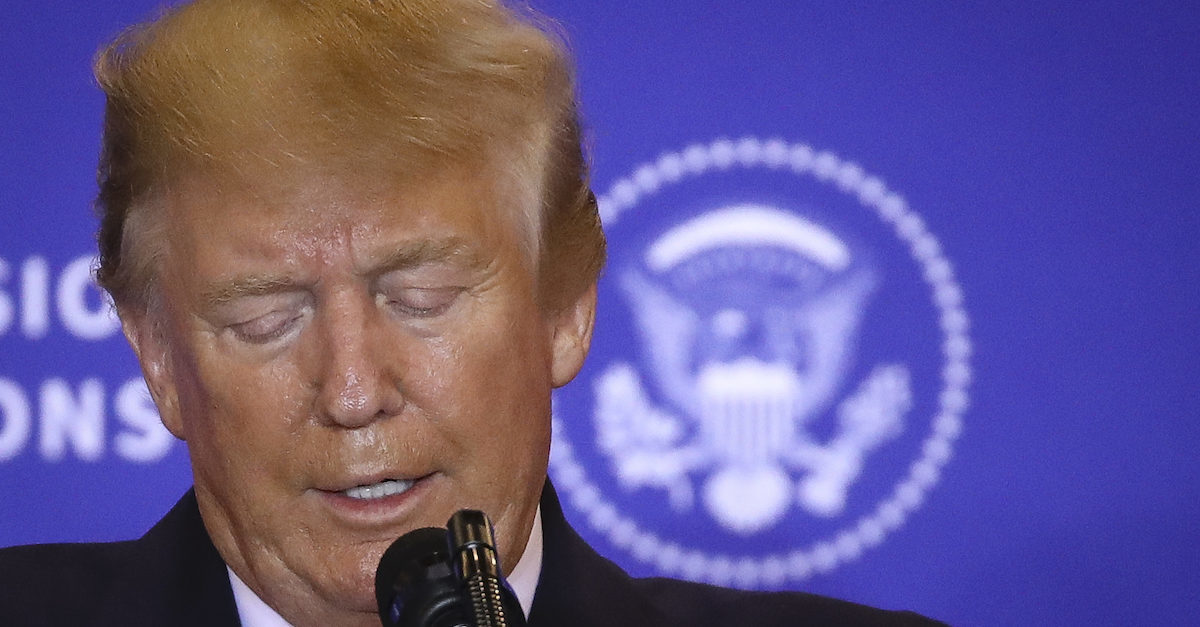 House Republicans took to social media on Tuesday to respond to the Democrats’ unveiling of impeachment charges against President Donald Trump.

House Republican Whip Steve Scalise (R-LA) described the articles of impeachment as “baseless” and “partisan,” adding, “They have no case for impeachment. No bribery. No quid pro quo. No abuse of power. The facts aren’t on their side.”

They have no case for impeachment. No bribery. No quid pro quo. No abuse of power.

The facts aren’t on their side. This is a pathetic political mission to try to rig 2020 against @realDonaldTrump.

Rep. Lee Zeldin (R-NY) responded to the news by claiming “House Democrats have proven themselves guilty of Abuse of Power and Obstruction of Congress” themselves.

With this disgusting impeachment charade, House Democrats have proven themselves guilty of Abuse of Power and Obstruction of Congress.

Rep. Jim Jordan (R-OH) claimed the articles are “the product of a baseless attempt to upend the will of the people less than 11 months” before the 2020 presidential election– a sentiment echoed by other House Republicans.

Dana Bash: “Would you move forward with a vote on articles of impeachment if that remains true, that you have no Republican support?”

Democrat Whip Clyburn: “We would, absolutely.”

We’re watching the political #impeachment that our founders warned about in real time:
Democrats are concerned more about the clock and calendar than facts or fairness. https://t.co/19Z46dh1wy

For months leading up to 2016, all we heard from Democrats was that questioning our elections was a “threat to democracy.”

Since then, all they have done is question our elections—without evidence and without basis—culminating in this charade impeachment.

Where I’m from, you stand behind your work. If @RepAdamSchiff really believes the president should be impeached, Schiff should have shown up and taken our questions.

Instead, it was “take your donor to work day” in the House Judiciary Committee. #ArticlesOfImpeachment pic.twitter.com/qNFW4tpB2M

Democrats say @POTUS abandoned the national interest. That is false.

✅Half a million more manufacturing jobs in the Trump presidency.

We are doing better than ever before. #ArticlesOfImpeachment

As Nancy Pelosi, Adam Schiff and Jerry Nadler release their Articles of #Impeachment, there is less support for impeachment today among the American people – and even among House Democrats – than there was when their sham proceedings began. 1/3

The founders feared a single party #impeachment because it would bitterly, and perhaps irreparably, divide our nation. Nancy Pelosi and her radical lieutenants simply don’t care. This will backfire on them politically, but it will do serious harm to America in the process.

House Democrats ran secret impeachment hearings. Called partisan donors to testify. Refused to call others who would contradict their hoax. Refused to wait out court reviews. Now impeaching the President for “obstruction of Congress.” They turned this entire process into a joke!

After all the accusations @SpeakerPelosi & @RepAdamSchiff have made, after all the sham theater & rigged proceedings, these articles show impeachment has no substance other than the Dems’ loathing of the people & fear of @realDonaldTrump. THIS is the tyranny our Founders feared.

The next time someone says we need to ‘abolish the #electoralcollege‘, remember today. Look at the members announcing articles of impeachment against @realDonaldTrump (duly elected by 30 states) – each from CA & NY. Do you want CA& NY making decisions for the rest of the country?