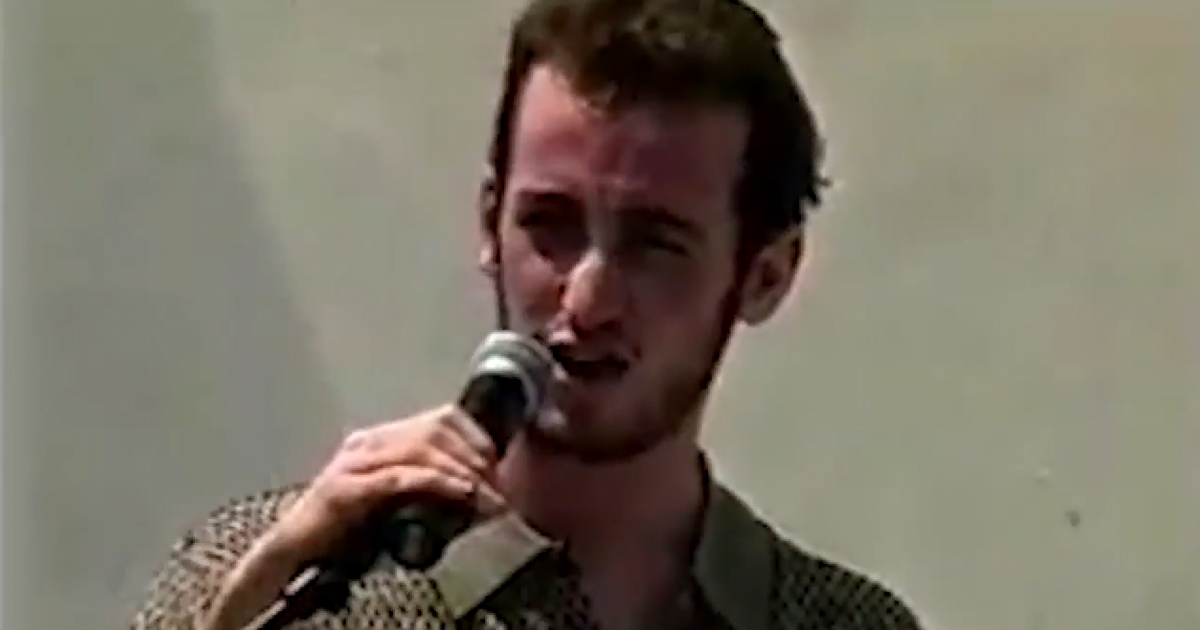 It’s been quite a week for accusations and name-calling already, particularly when it comes to Trump adviser and all-but-official Immigration Czar Stephen Miller, who earlier was called a “white nationalist” by Rep. Ilhan Omar, and on Wednesday dubbed a “scumbag” by Pennsylvania Democrat Rep. Brendan Boyle.

It began with a tweet of an old video of Miller that has gone viral in the past and was making the rounds again on Wednesday. It shows the young and inadvisedly chinstrap-bearded Miller trashing janitors in a high school speech that was shared by Democratic Coalition founder Scott Dworkin.

Here’s video of Trump Advisor Stephen Miller in high school screaming he’s “sick and tired of being told to pick up my trash, when we have plenty of janitors who are paid to do it for us.” Would be a shame if it went viral… again. pic.twitter.com/cpoSGAdOGv

Congressman Boyle chimed in via a quote retweet. He started by talking about his father, who was a janitor. “He took pride in his work,” said Boyle of his dad. “I only wish I had half his work ethic.”

Then he added that Miller is a “scumbag” who “disgusts’ him.

I’m proud to be the son of a janitor. For decades my father worked hard to keep our subways in Philadelphia clean. He took pride in his work. I only wish I had half his work ethic. So for this scumbag Stephen Miller to say this just disgusts me. I oppose all he stands for. https://t.co/mgWQJoi7FJ

When the video of Miller first circulated back in 2017, the Washington Post wrote at length about it. Most of his classmates found his behavior ridiculous or offensive, while a few people have claimed he was doing it to be intentionally provocative or satirical. Essentially, that he was “trolling.”

Those views are not mutually exclusive, and neither would take away from it being, as one person who was there put it, “cringe-worthy.” And it looks like he’ll have to clean up after his mess yet again, as Dworkin appears to have achieved his goal of making the video viral once more.