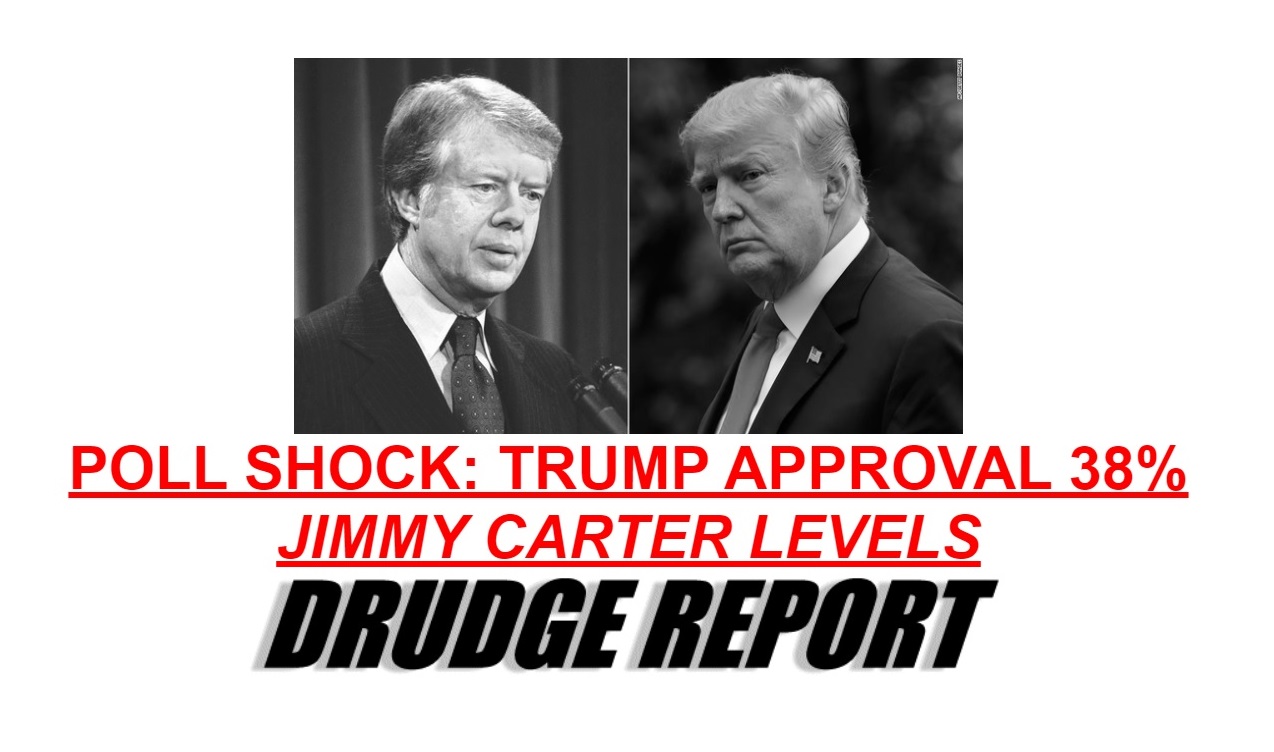 The Drudge Report, on Monday, compared President Donald Trump’s lagging poll numbers to those of former President Jimmy Carter’s ahead of his 1980 reelection bid.

“Overall 38% approve of the way Trump is handling the presidency, while 57% disapprove,” CNN reported, explaining, “That’s his worst approval rating since January 2019, and roughly on par with approval ratings for Jimmy Carter and George H.W. Bush at this point in their reelection years. Both went on to lose the presidency after one term.”

Since the outbreak of the coronavirus pandemic, and more recently protests over the death of George Floyd, President Trump’s approval ratings have fell behind 2020 Democratic presidential nominee and former Vice President Joe Biden.

Carter’s 1980 reelection campaign is widely regarded to have been one of the biggest failures in presidential history, and in 2010, Carter himself acknowledged his “biggest failure was not getting reelected.”

Carter attributed the reelection loss to his failure to solve the Iran hostage crisis and being faced in the Democratic primaries by Sen. Ted Kennedy (D-MA).

Last year, Carter said, “I think it will be a disaster to have four more years of Trump.”

Despite Drudge Report founder Matt Drudge being credited by some with having “ushered in the age of Trump,” President Trump and the Drudge Report have had a rocky relationship over the past few years, culminating in a spat between the two in April.

After President Trump tweeted, “I gave up on Drudge (a really nice guy) long ago, as have many others. People are dropping off like flies!” Matt Drudge shot back, “The past 30 days has been the most eyeballs in Drudge Report’s 26 year-history… Heartbreaking that it has been under such tragic circumstances.”