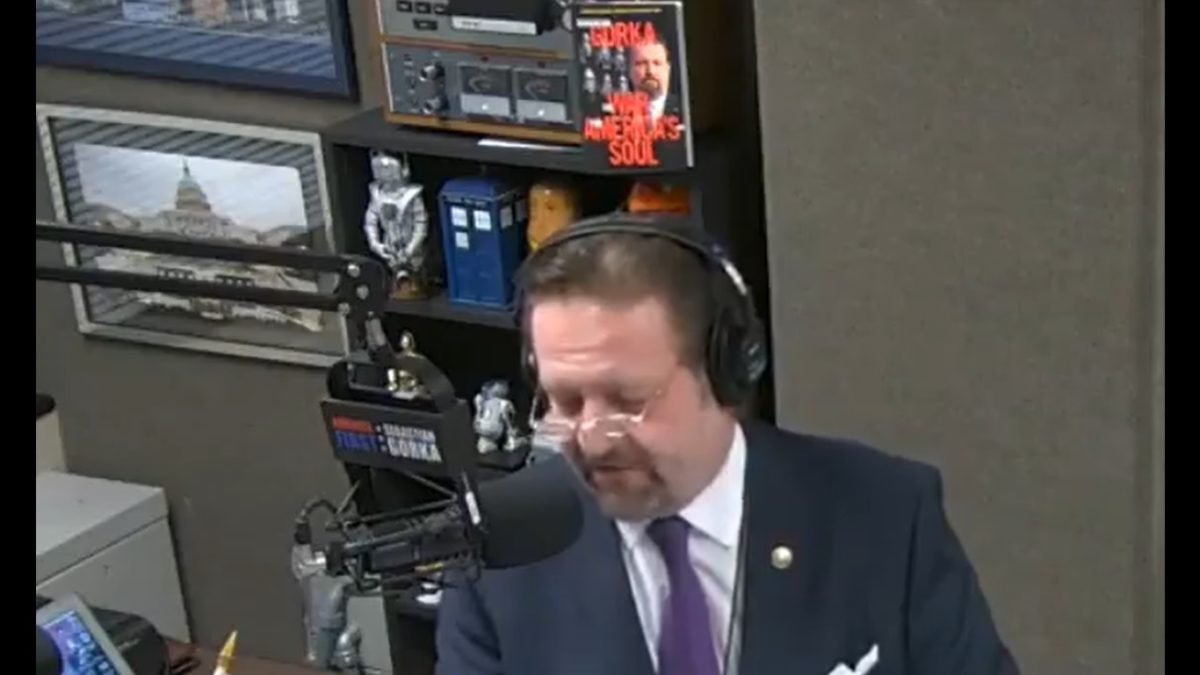 Gorka made the comment during a phone interview with the Daily Wire’s Andrew Klavan, after Klavan asked what Greta Thunberg’s surname was.

“What is her name?” asked Klavan, prompting Gorka to reply, “thunder thighs,” before actually saying her real name.

The clip picked up traction on social media, where Gorka’s remark was condemned by users.

Former Deputy Assistant to the President. Talking about a child. https://t.co/eSf2Oo4oey

Svelte Sebastian has opinions about a teenage girl. https://t.co/AMHM7bJBdf

So guys, how would we describe Sebastian Gorka’s looks? https://t.co/fqaXG6iFAD

Gorka’s show has previously made headlines for the high frequency of prank callers who have phoned in.

In July, one prank caller tricked Gorka twice in a row, while another called in to award him journalist of the year from “Dipshit Magazine.”

Gorka has also made headlines over the years for claiming at CPAC that communists “want to take away your hamburgers,” physically shoving a Mediaite reporter, and getting banned from YouTube for his repeated unauthorized use of Imagine Dragons songs.