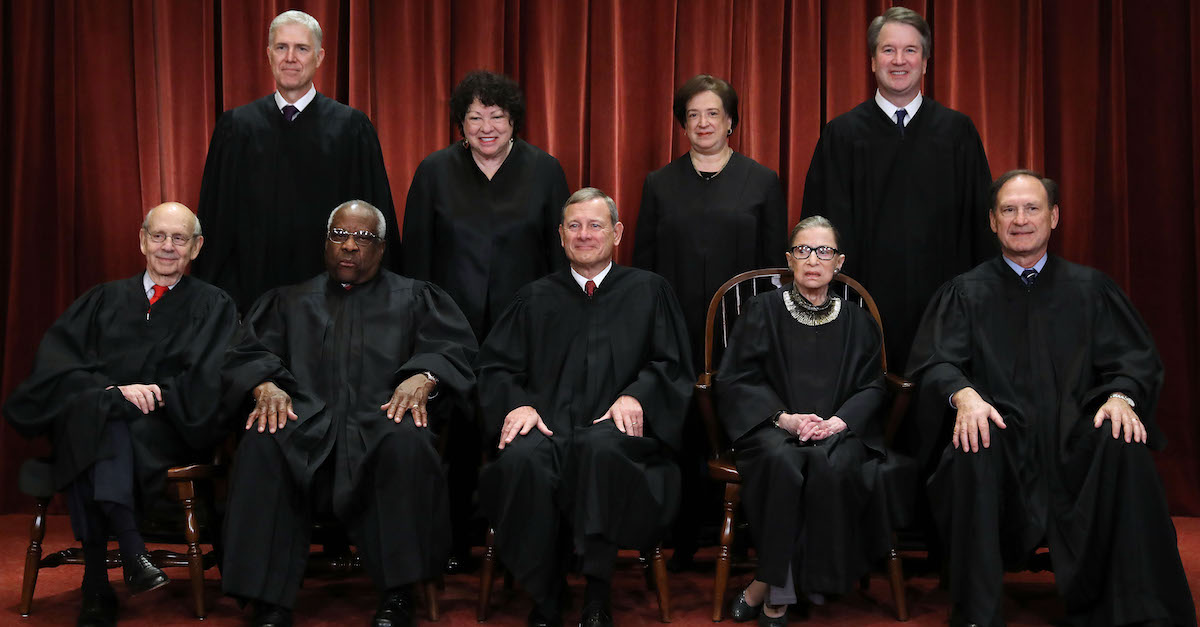 Supreme Court Justice Sonia Sotomayor ripped the Trump administration for abuse of the “emergency” designation in bringing cases to the Court, and the Court’s decisions on those cases, in a blunt dissent on a recent case.

That dissent went viral on social media on Saturday for its implication of a lack of impartiality from the conservative Justices when considering Trump admin cases.

“Claiming one emergency after another, the government has recently sought stays in an unprecedented number of cases, demanding immediate attention and consuming limited court resources in each,” wrote Sotomayor in the dissent on Friday’s decision regarding green cards. “And with each successive application, of course, its cries of urgency ring increasingly hollow.”

Friday’s decision was a 5-4 vote, with the conservative justices in the majority, as was the case in other decisions, such as another green card related case in January. In her dissent on Friday’s case, Justice Sotamyor wrote about that seeming trend in the Court’s decisions.

Today’s decision follows a now-familiar pattern. The Government seeks emergency relief from this Court, asking it to grant a stay where two lower courts have not. The Government insists—even though review in a court of appeals is imminent—that it will suffer irreparable harm if this Court does not grant a stay. And the Court yields.

But this application is perhaps even more concerning than past ones. Just weeks ago, this Court granted a stay of a different decision involving the same administrative rule at issue here, after the Government professed urgency because of the form of relief granted in the prior case—a nationwide injunction. The Government now uses that stay—of a nationwide injunction—to insist that it is entitled to one here. But the injunction in this case is limited to one State, Illinois. The Government cannot state with precision any of the supposed harm that would come from the Illinois-specific injunction, and the Court of Appeals for the Seventh Circuit has scheduled oral argument for next week. The Government’s professed harm, therefore, boils down to an inability to enforce its immigration goals, possibly in only the immediate term, in one of 50 States. It is hard to say what is more troubling: that the Government would seek this extraordinary relief seemingly as a matter of course, or that the Court would grant it.

She went on to question whether the pattern she described cast doubt on the Court’s impartiality.

“First, the Government has come to treat ‘th[e] exceptional mechanism’ of stay relief ‘as a new normal,'” the dissent continues, with the Justice laying out the point. She then followed up on the Court’s own decisions, saying “Second, this Court is partly to blame for the breakdown in the appellate process. That is because the Court—in this case, the New York cases, and many others—has been all too quick to grant the Government’s ‘reflexiv[e]’ requests.”

Sotomayor concluded with a message about the perception of the Court, and it’s clear that she meant in particular the Trump-appointed and conservative Justices, as no longer impartial.

“I fear that this disparity in treatment erodes the fair and balanced decisionmaking process that this Court must strive to protect,” she wrote.