Justin Amash Smacks Down Speculation He Was Endorsing Biden

Justin Amash Smacks Down Speculation That He’s Endorsing Biden: ‘It’s Not Me. Come On’ 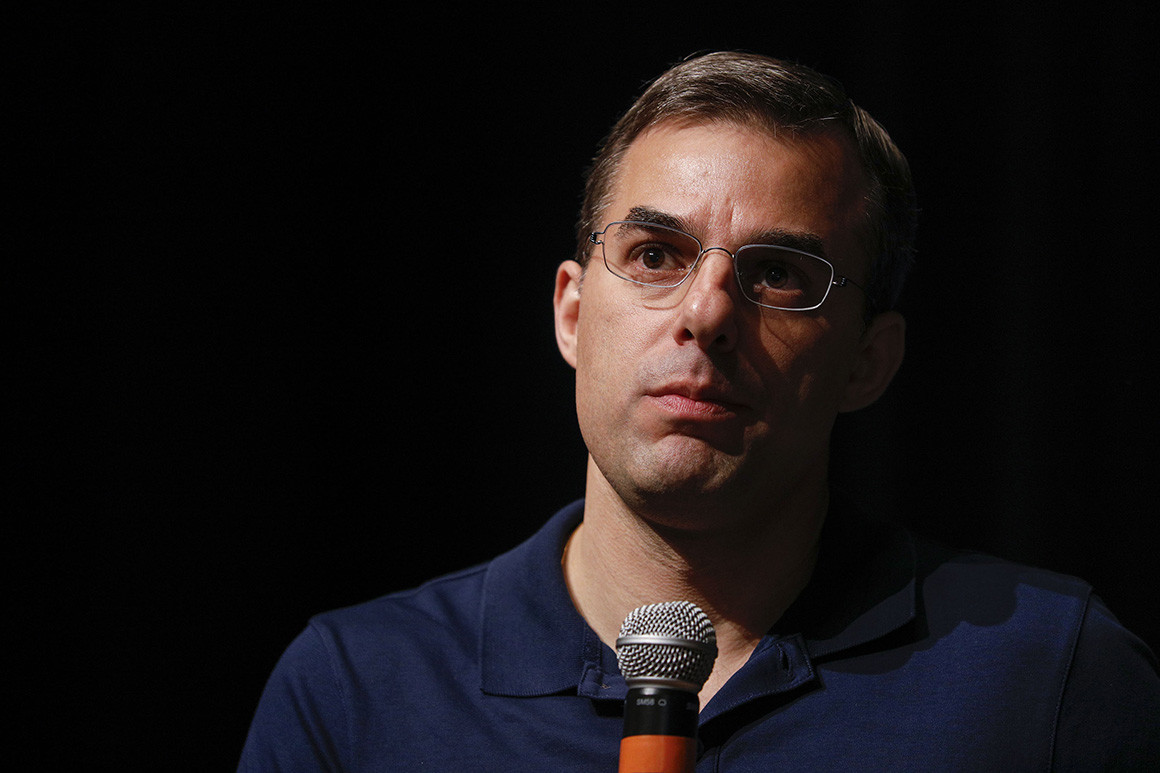 Rep. Justin Amash, the former Republican-now-Libertarian who represents Michigan’s third congressional district, will not be voting for Joe Biden for president.

Normally, that would not be headline-making news, but Amash’s name started trending on Twitter after a CNN appearance by former Ohio Governor and 2012 Republican presidential candidate John Kasich.

CNN host Wolf Blitzer asked Kasich if he expected a “significant” number of Republicans to vote for Biden, and Kasich replied  that a “prominent Congressman is gonna come out, and declare” an endorsement for Biden — “I think he’s gonna do it tomorrow.”

Dave Weigel of the Washington Post tweeted one such guess, noting that both Amash and Hurd had decided not to run for re-election — in other words, did not have their immediate political futures tied up with Trump’s.

Either Hurd or Amash I’d guess (both retiring) https://t.co/JJSSnNWX9b

“It’s not me,” Amash replied about a half hour later. “Come on, Dave. How long have you known me?” Amash also expressed skepticism that it would be Hurd either. Amash also tweeted that he did not support Trump, and was going to vote for Jo Jorgensen, the Libertarian Party candidate.

It’s not me. Come on, Dave. How long have you known me? And I highly doubt it’s Hurd. He wouldn’t be my guess.

To be extra clear, I do not support Donald Trump. I’m voting for @Jorgensen4POTUS. She cares about tackling systemic problems in government. Trump is just a symptom. Biden won’t address the causes.

CNN special correspondent Jamie Gangel seems to have solved a bit of the mystery, tweeting late Sunday evening that she had spoken again with Kasich and he “clarified this is a former GOP member of Congress.”

This just in, spoke to @JohnKasich who clarified this is a former GOP member of Congress who is expected to endorse Biden shortly @CNN @wolfblitzer @ryanstruyk https://t.co/cBkvSQU5re

Amash added several additional tweets late Sunday, stating that he was “so sick of partisans,” and “not interested in partisan…BS” from any of the parties. “A candidate earns my vote individually,” he concluded.

I’m so sick of partisans.

A candidate earns my vote individually.