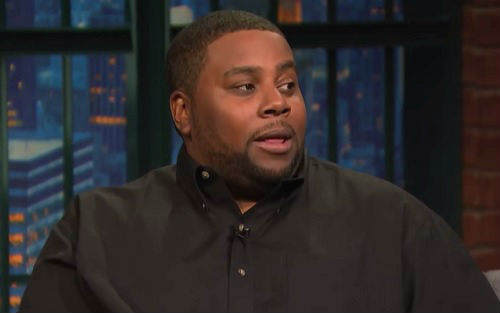 The WHCD is returning to is more comedic roots, after the 2019 dinner was hosted by historian Ron Chernow, who focused on celebrating the history of journalism and the First Amendment, the main theme of the evening, a reaction to 2018 hosting by Michelle Wolf’s controversial comedy stylings as host.

Minhaj hosted the WHCD in 2017, to some mixed reviews, and his Netflix program is the sort of “edgy” political comedic humor that will earn chortles and guffaws from some in attendance, while others are certain to clutch pearls and storm out in protest as they exit the Washington Hilton to attend a party hosted by Playboy magazine because they are offended by the flouting of solid middle American values.

Read the entire press release below.

WASHINGTON – The White House Correspondents’ Association is pleased to announce the lineup for its annual dinner, to be held on Saturday, April 25, 2020.

Kenan Thompson, the actor and longest-tenured Saturday Night Live cast-member, will serve as the evening’s host.  Hasan Minhaj, the Peabody award-winning host of Netflix’s Patriot Act with Hasan Minhaj, will return to the dinner as featured entertainer.

“Kenan and Hasan are two of the most engaged and engaging entertainers in America.  I’m thrilled they’ll help us celebrate the role of a free press in our democracy,” said Jonathan Karl, Chief White House Correspondent for ABC News and president of the WHCA.  “We’re looking forward to a lively evening honoring the most important political journalism of the past year.”

This year’s dinner will also include the inaugural presentation of the Collier Prize for State Government Accountability, administered by the University of Florida’s College of Journalism and Communications to recognize outstanding statehouse reporting.

Kenan Thompson began his career as a member of Nickelodeon’s sketch series All That. Thompson is currently in his 17th season on SNL where he has set a record for the most celebrity impressions performed on the show. In 2018, he received an Emmy Award for Outstanding Original Music and Lyrics and a nomination for Outstanding Supporting Actor in a Comedy Series.

Hasan Minhaj has hosted his Netflix show since 2018, drawing critics’ raves, including a Peabody award in 2019, for his humorous and informed examination of issues of domestic and global import. He was the entertainer at the 2017 WHCA Dinner when he was a senior correspondent on The Daily Show.  His one-hour Netflix comedy special Hasan Minhaj: Homecoming King was released in 2017, for which he won his first Peabody Award in 2018.

The White House Correspondents’ Dinner is a non-partisan event that supports the work of the WHCA to protect the role of independent news media coverage of the president. Proceeds fund the organization’s operating expenses and go toward scholarships and awards aimed at promoting aspiring journalists and recognizing excellence in the journalism profession.