Only 25 of 249 Republicans in House and Senate Acknowledge Biden Beat Trump, in New WaPo Survey 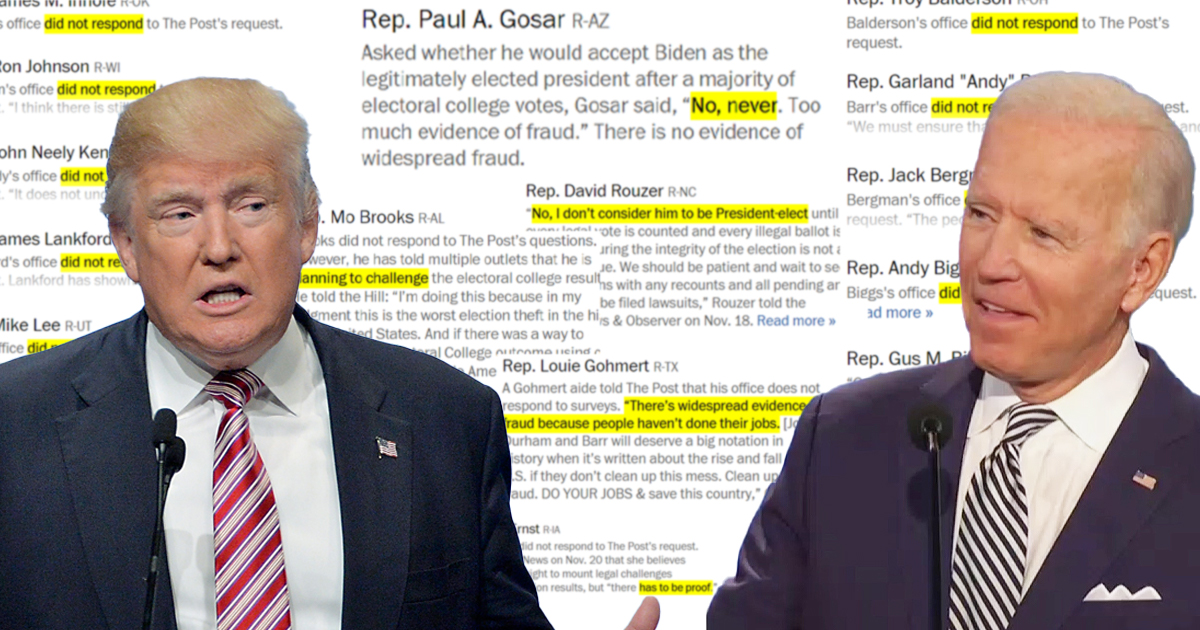 A team of Washington Post reporters set out to survey every GOP member of the House and Senate on whether they agree with the statement that Joe Biden beat Donald Trump in the 2020 presidential election. Of 249 members contacted, just 25 said that, yes, Biden is the president-elect and Trump lost.

The reporters polled every GOP member of Congress with three questions:

1. Who won the election?
2. Do you support or oppose Donald Trump’s continuing efforts to claim victory?
3. If Joe Biden wins a majority in the Electoral College, will you accept him as the legitimately elected president of the United States?

The results were dramatically one-sided. “More than 70 percent of Republican lawmakers did not acknowledge The Post’s questions as of Friday evening,” they report. And among those who responded, there were the 25 who said that Biden did win, and two who said that Trump won. That leaves 222 who did not answer, or who did not respond. 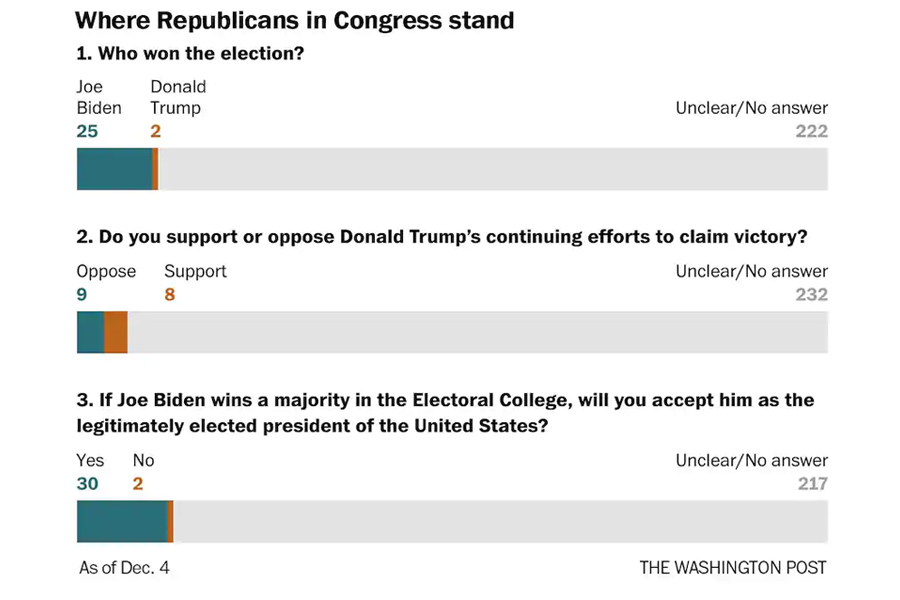 In their breakdown of the survey, the Post includes quotes and statements from many of the Republicans who did not respond to the request but who have commented elsewhere on the outcome.

On social media the reaction was strong, including this condemnation of the GOP from MSNBC’s Joe Scarborough.

My former party still refuses to acknowledge the peaceful transfer of power after a democratic election is counted and certified. They could do no more in undermining American’s faith in democracy if they were paid agents of China.

President-elect Biden’s campaign has not at this time commented on the story.