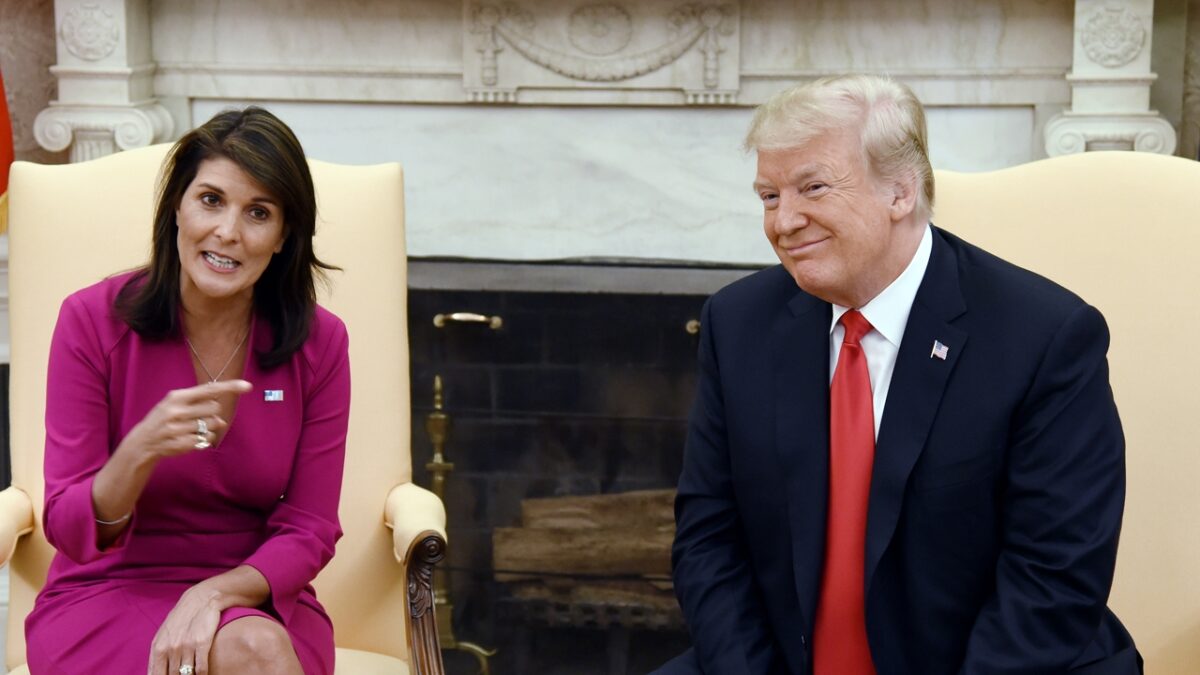 If Nikki Haley was hoping to maintain her connection to Donald Trump after her recent, critical comments about him, she may need to think again.

Politico reports that the former ambassador reached out to the ex-president with a request to meet with him at Mar-a-Lago. Unfortunately, a source told Tara Palmeri that Trump “turned [Haley] down,” and that the two of them haven’t spoken since the president’s supporters forcefully attempted to seize the U.S. Capitol.

Ever since the attack on Congress, Haley has careened back and forth in terms of how she has spoken about Trump.

First, she said Trump’s actions ahead of the riot were “not great,” even as she blasted the push to impeach her former boss for incitement of insurrection. This comes after Haley refused to condemn Trump for delegitimizing the 2020 election with false claims of mass voter fraud, which fueled the ex-president’s supporters throughout their violent attempt to overturn his defeat.

But prior to that, Haley had given an interview to Politico for a profile piece where she said Trump’s politically viability was shot. She also predicted Trump won’t have a major role in shaping the Republican Party’s future, saying “I don’t think he’s going to be in the picture…I don’t think he can. He’s fallen so far.”

That profile was published after her attempt to soften the blow to Trump, placing her in an awkward position.

After that, Haley wrote an op-ed defending Trump’s “outstanding” policies and trashing the media for focusing on conservatives who criticize the ex-president. She also accused the press of “want[ing] to stoke a nonstop Republican civil war” with Trump at the center.