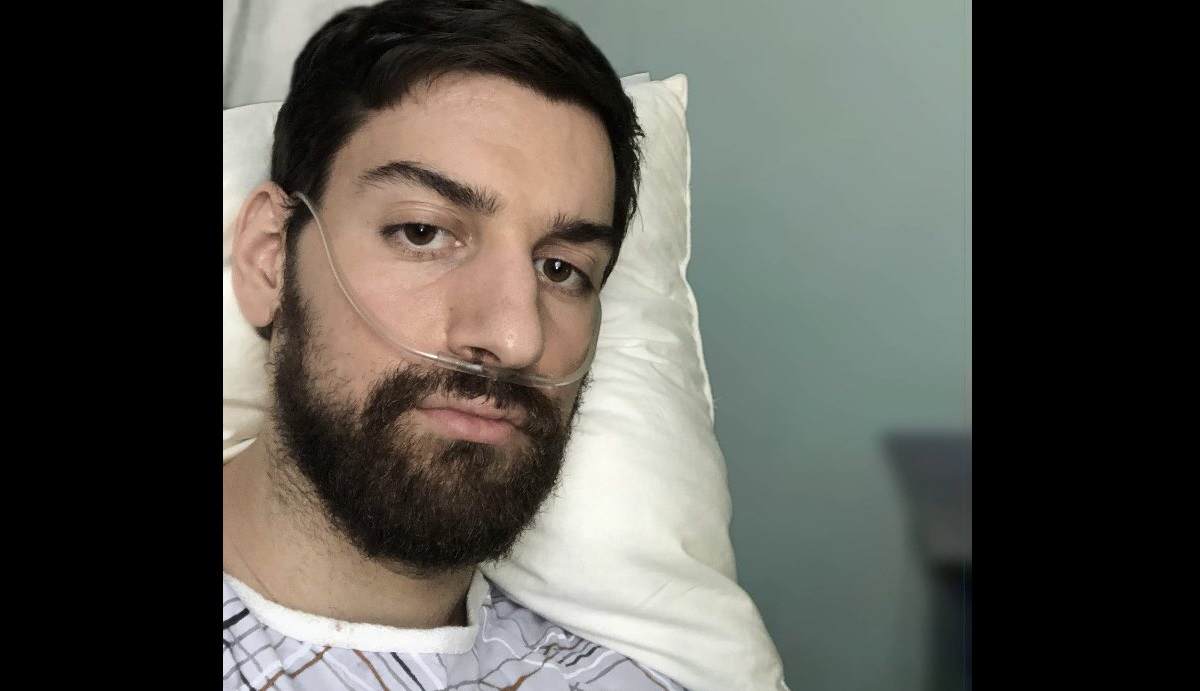 YouTube prankster and former Republican congressional candidate Joey Salads posted a photograph of himself purportedly at a hospital, Wednesday, after promising to remove his left testicle if President Donald Trump were impeached.

In September, Salads (whose real last name is Saladino) posted on Twitter, “If Trump gets impeached, I will donate my Left testicle to medical research. You can quote me on this.”

If Trump gets impeached, I will donate my Left testicle to medical research.
You can quote me on this.

On Wednesday, after the House of Representatives voted in favor of impeaching President Trump, Salads made another Twitter post with the caption, “Man of my word.”

The prankster also posted a ‘statement’ from “Dick N’Bawls” of the “National Testicle Association.”

For the Haters who say it is fake pic.twitter.com/sMgNBtenW3

Salads has become notorious over the years for his pranks and public trolling campaigns, which have included urinating into his own mouth and claiming to have had sex “over 1000” times.

He announced the end of his congressional run last week, and endorsed another Republican candidate.

“Six months ago, there were no true Conservative / Pro-Trump candidates running in NY-11. Gun grabber, Never-Trump Nicole Malliotakis was the only option- and that was just unacceptable to me,” Salads declared. “But in the last month, that has changed. A new candidate decided to join the race, Joe Caldarera. After looking into Joe, I realized he is a True Conservative and a true Trump supporter.”

“I am proud to Endorse Joe Caldarera for Congress,” he concluded.