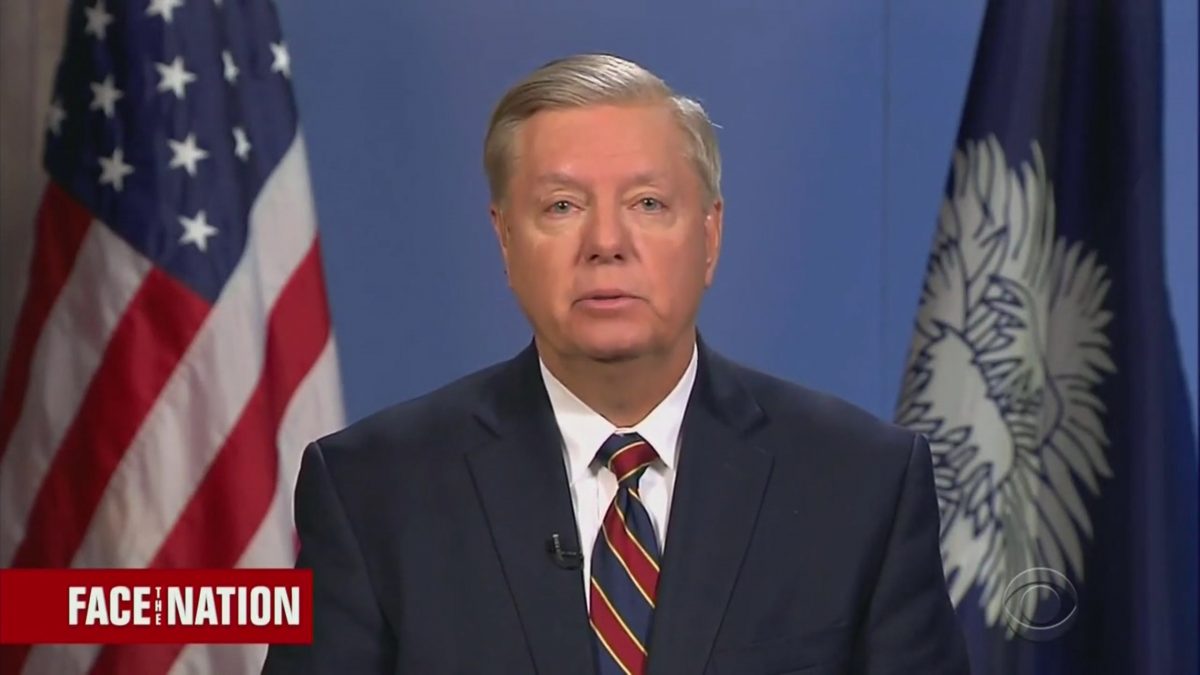 Sen. Lindsey Graham says that he will push to have Saudi Crown Prince Mohammed bin Salman sanctioned if, in fact, the CIA report confirms that the Crown Prince ordered the death of Washington Post journalist Jamal Khashoggi.

“If the evidence is sufficient to conclude with high probability that MBS was complicit in this murder, then I will take steps to do a sense of the Senate resolution making that statement,” Graham told Axios’ Jonathan Swan, referring to measures  he and Democratic Sen. Bob Menendez are working on to sanction the Crown Prince.

Graham also said this: “It’s important that we back up the intel community if we think they’re right.”

“We may never know all of the facts surrounding the murder of Mr. Jamal Khashoggi,” Trump said in the statement released by the White House. “In any case, our relationship is with the Kingdom of Saudi Arabia. They have been a great ally in our very important fight against Iran. The United States intends to remain a steadfast partner of Saudi Arabia to ensure the interests of our country, Israel and all other partners in the region. It is our paramount goal to fully eliminate the threat of terrorism throughout the world!”

In a previous statement, Graham also said that the Crown Prince is “toxic” to  U.S.- Saudi relations.

“While Saudi Arabia is a strategic ally, the behavior of the Crown Prince – in multiple ways – has shown disrespect for the relationship and made him, in my view, beyond toxic,” Graham said on Tuesday.