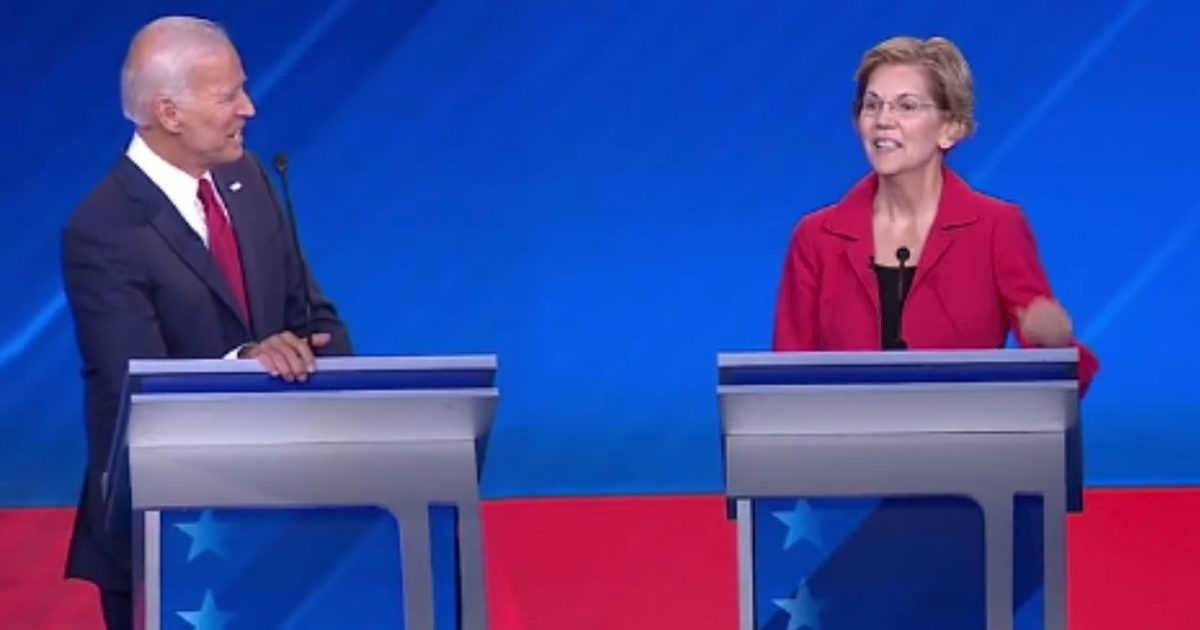 Former Vice President Joe Biden‘s status as front-runner in the Democratic primary race has remained remarkably solid since he first announced, but during that time the make-up of the top tier – the front of the race – has shifted.

Both Sen. Kamala Harris and Sen. Elizabeth Warren have been in the top group, and occasionally even drifted into a challenging second place, upsetting perennially second-placer Sen. Bernie Sanders, who has otherwise maintained, like Biden, essentially an unbroken spot as a leader in the race. But Harris and Warren have both seen a steady decline over more recent polls, and Warren in particular has seen a slide, coming off a very brief but significant visit to the number one spot over even Biden.

In the latest shock number, Biden has returned the favor with a vengeance, not just continuing his reign as #1 but, in the Harvard CAPS/Harris Survey, more than doubling Warren on the question of who Democratic voters are likely to support in the primary. Biden pulled a dominant 33% while Warren was down at a mere 15%.

The question was: “Which of the following candidates are you most likely to vote for in a Democratic primary?” Here’s the breakdown.

This is just one poll, one survey, but the result is significant, and taken with the others does alter Warren’s position in the RCP Average, where she is now at 20.4%, with Biden at a still dominant 27.6% nationally.

For comparison, when a bump briefly put Warren on top earlier this month in the RCP average, her support was at 26.6% just barely over Biden’s 26.4. So her support has dropped over six points while Biden’s has ticked up slightly but essentially remained steady.

In contrary numbers, the latest New York Times/Siena poll for the Iowa caucus has Warren leading at 22%, and Biden in a disappointed fourth, at just 17%.