Peggy Noonan Argues 'Case Has Been Made' For Trump Impeachment

‘The Case Has Been Made’: Peggy Noonan Argues Trump Clearly Guilty of Muscling ‘Ukraine for Political Gain’ 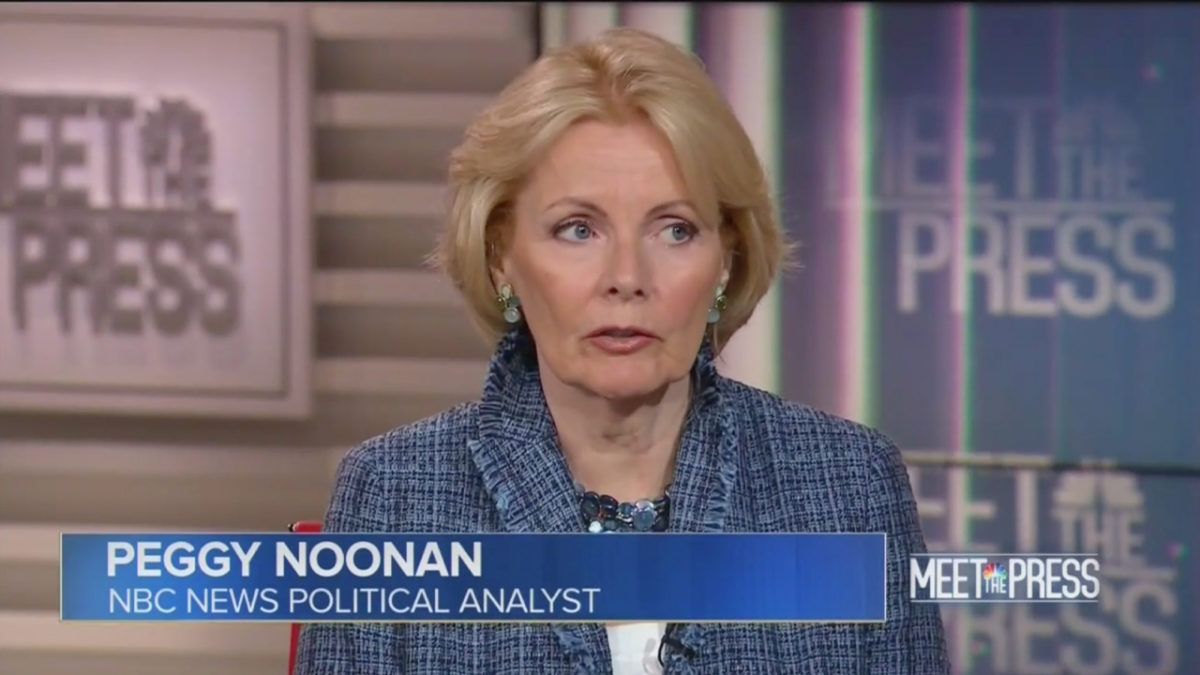 President Ronald Reagan’s former speechwriter Peggy Noonan claimed that “the case has been made” for the impeachment of President Donald Trump in a column for the Wall Street Journal, Thursday.

In the article, titled, “Trump’s Defenders Have No Defense,” Noonan argued that the case for impeaching President Trump “has been so clearly made you wonder what exactly the Senate will be left doing.”

“Look, the case has been made. Almost everything in the impeachment hearings this week fleshed out and backed up the charge that President Trump muscled Ukraine for political gain,” declared Noonan. “The pending question is what precisely the House and its Democratic majority will decide to include in the articles of impeachment, what statutes or standards they will assert the president violated.”

“As to impeachment itself, the case has been so clearly made you wonder what exactly the Senate will be left doing,” she continued. “How will they hold a lengthy trial with a case this clear?”

Noonan concluded that Republican senators will most likely “let the people decide,” and added, “In a divided country this is the right call. But they should take seriously the idea of censuring him for abuse of power.”